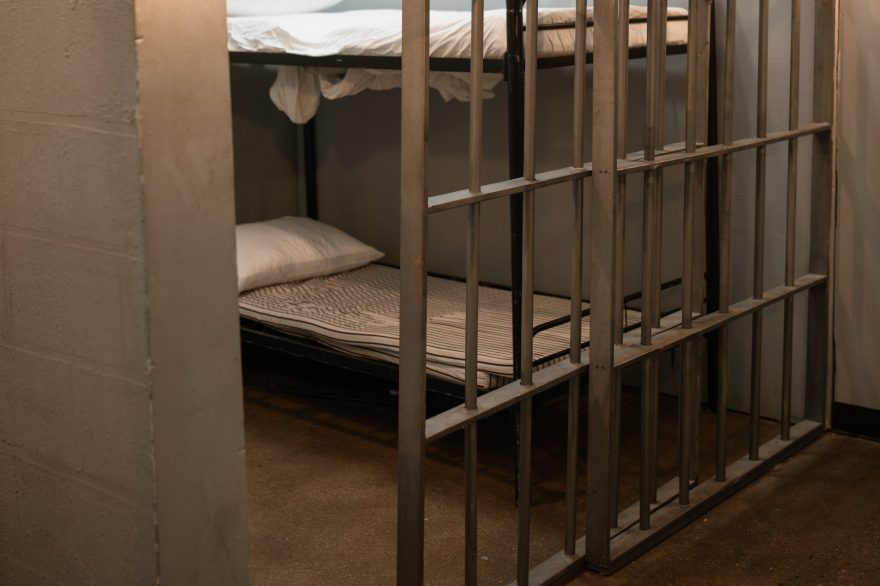 UPDATE: Barnes to Appeal Court Order to Reduce OC Jails Population by Half

UPDATE—Dec. 17, 3:00 p.m.: In an interview with Fox News on Tuesday, Dec. 15, Orange County Sheriff Don Barnes said he had had no intention of following the order and would be filing an appeal.

Barnes said they have released 1,400 “low-level offenders” since March and the remaining inmates were serious offenders.

“I think this judge looked at this as if the inmates are the innocent people being subjected to the risk of COVID,” Barnes said. “Everyone is at risk of COVID right now.”

“We have a surge that is happening throughout the nation, and to totally disregard that and to consider these people being vulnerable—and not considering the risk to the public that they present when being released back into the community—I think is not only absurd, I think it places the community at significant risk of being victims of crime, many of them very violent crimes,” he continued.

Barnes further said OCSD has mitigated the coronavirus crisis in the jail system from 220 cases in March down to zero, and currently provides services and coronavirus testing to inmates.

“We’re testing everybody,” Barnes said. “The vast majority of these inmates are asymptomatic positive, and they have no symptoms at all. We found out because we just tested them.”

Amid an outbreak of coronavirus cases that continues to grow within the county’s jail system, the Orange County Superior Court has ordered a 50% reduction among the local prison population—a move, Sheriff Don Barnes said, that “will result in the release of more than 1,800 inmates.”

In his 30-page ruling, Wilson stated that the facts of the case found “that conditions in the Jail do not permit proper social distancing, there is no mandatory testing of staff or asymptomatic detainees after intake, and no strictly enforced policy or requiring masks for all staff interactions with inmates.”

According to the ruling, Barnes will need to draft by the end of the month a Release Plan that must identify medically vulnerable inmates, and he is also required to maintain the population reduction, as well as a “strict policy of face mask wearing” by all staff whenever they’re within 6 feet of an inmate.

The American Civil Liberties Union Foundation of Southern California, one of the organizations that filed the class-action lawsuit against Barnes this past April, praised the ruling, calling it a victory for the “incarcerated people who had the courage to speak out about Sheriff Barnes’ failed response to COVID-19.”

“The court’s decision to alleviate the pressure on the jail by depopulating will help prevent the medical infrastructure—in the jail and in the surrounding community—from becoming totally overwhelmed,” Daisy Ramirez, jails conditions and policy coordinator at ACLU SoCal, said in a press release. “This order recognizes that we must not forget the humanity of incarcerated people, and they should not be put in mortal danger.”

The order comes as the county’s jail system is experiencing a rise in COVID-19 cases. On Tuesday, Dec. 15, the Orange County Sheriff’s Department reported having 412 inmates who tested positive for the virus—up from the 102 reported cases just five days earlier.

Cumulatively, 6,152 inmates have tested positive at the county’s jails since the start of the pandemic, according to the latest report from OCSD.

Responding to the order in a prepared statement, Barnes last Friday said that OCSD is “evaluating the order, its impacts and our options for appeal.” He also warned of the ruling’s potential risk to the community.

“Many of these inmates are in pre-trial status for, or have been convicted of, violent crimes and will be released back into the community,” he said. “This order puts our community at substantial risk and does not take into account the impact on the victims of these crimes.”

Cassandra Stubbs, director of the ACLU’s Capital Punishment Project, argued, however, that the “order will save lives.”

“We have seen again and again in this suit and in similar litigation around the country, corrections officials have not taken the necessary steps to protect incarcerated people from the spread of COVID-19, nor have they been honest about the circumstances and risk levels in their facilities,” she said in the ACLU’s press release last Friday.

“Public health experts and epidemiological studies have been clear: This country won’t be able to get the pandemic under control unless we’re able to get it under control in prisons and jails,” she continued. “Orange County has one of the largest jail systems in the United States, and today’s order is an example about what needs to be done to save lives.”