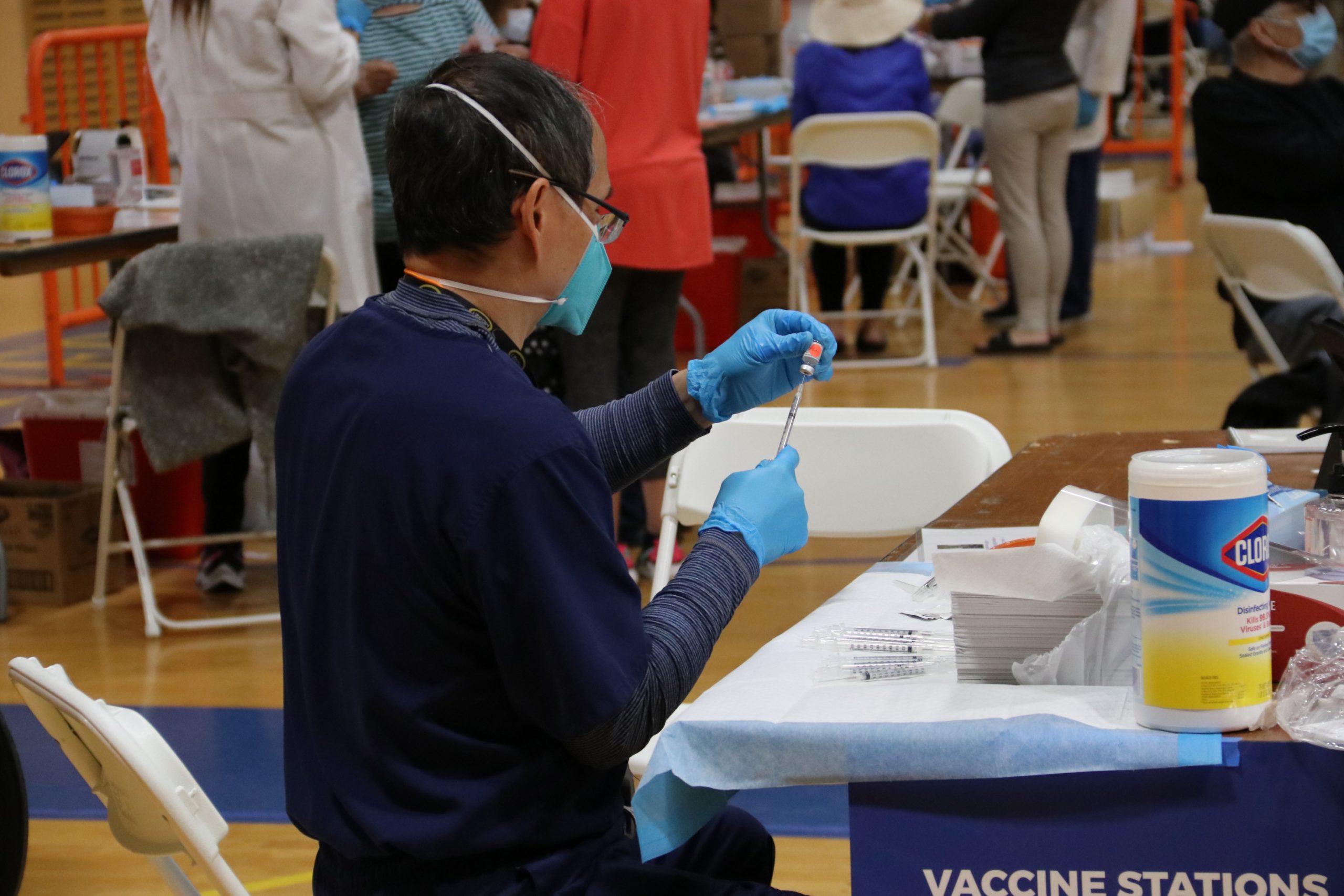 While Orange County health officials did announce a pilot program for a digital passport for COVID-19 vaccine and testing credentialing earlier this month, Dr. Clayton Chau assured the public on Tuesday, April 13, that it will not be a mandate.

County leaders are, however, looking to clarify their messaging of the program, which is a plan to submit digital vaccination records to residents for their own use.

“The Digital Passport enables individuals to participate safely and with peace of mind in activities that involve interactions with other people, including travel, attractions, conferences/meetings, concerts, sports, school and more,” the tweet said.

No additional information was provided at the time.

Chau, the county’s health officer and director of the OC Health Care Agency, later told the Orange County Register that the county could easily update its vaccine appointment scheduling website, Othena, so that people who used it to get vaccinated could show anyone proof of their vaccination.

Othena is the app being used for vaccine appointments at the county’s mass inoculation sites, including Disneyland, the OC Fairgrounds and Soka University. But Chau said the health agency was seeking a way to bring the records of people who were vaccinated through traditional and private providers under the Othena umbrella for a passport system.

Chau says the little white card given to people who’ve been vaccinated has been forged and sold over the internet, causing the FBI to issue various warnings against using them. People will need a more reliable way to show they’re vaccinated.

“As a health entity, we are required by law to give people proof that we provided a service to them … in this case, the vaccination,” Chau said.

“There are some people that just don’t want to get vaccinated, but they still want to go to the baseball game, and they still want to travel internationally, and so this might appeal to them,” Don Vilfer, a former FBI agent, told FOX/11 LA on April 5.

State officials have said they aren’t mandating vaccination passports, either.

“There are no current plans by the state to impose or have a vaccine passport system here in California. That said, we know that businesses are exploring—already—how they ensure that people who are vaccinated can come and enjoy the benefits of being vaccinated,” said Secretary of the state’s Health and Human Services Agency, Dr. Mark Ghaly, at a news conference last week.

Some businesses, such as those that compete in sports stadiums, can increase their spectator capacities if they can show everyone has either tested negative or has been vaccinated.

More than 200 people, including San Clemente resident Alan Hostetter, registered to speak on the issue at Tuesday’s county supervisors meeting, many of whom spoke against any type of mandated vaccine passport and the vaccine itself.

“Chau’s comments were shocking, immoral and unethical; he is unfit for office. Please remove him today. No vaccine (passports) by any name you give them,” Hostetter said.

Ahead of the meeting, Hostetter rallied with fellow activists on social media to encourage people to speak against the passports. He’s been the face of several anti-lockdown protests in Orange County, including a mask-burning rally, and also attended the Jan. 6 pro-Trump march in Washington, D.C., that turned violent when rioters stormed the Capitol.

Supervisors stated during the meeting that the term “passport” may have been inartful.

“I think we really need to get clear on messaging on that,” Bartlett said. “We’re getting a lot of phone calls … there was a rumor that went around that we have some kind of mandate on a vaccine record.”

“I am adamantly opposed to the issuance of a government vaccine ‘passport,’ ” said Bartlett. “To be clear, Orange County is not adopting any type of proof of vaccination requirement, nor will we.”

Bartlett clarified that the Othena app, utilized by the county, includes a feature that enables individuals to voluntarily opt in to receive a digital version of their vaccination record should they wish to do so.

“This feature is provided by the third-party app as a matter of convenience to users and is not utilized for any official government purpose,” Bartlett said.