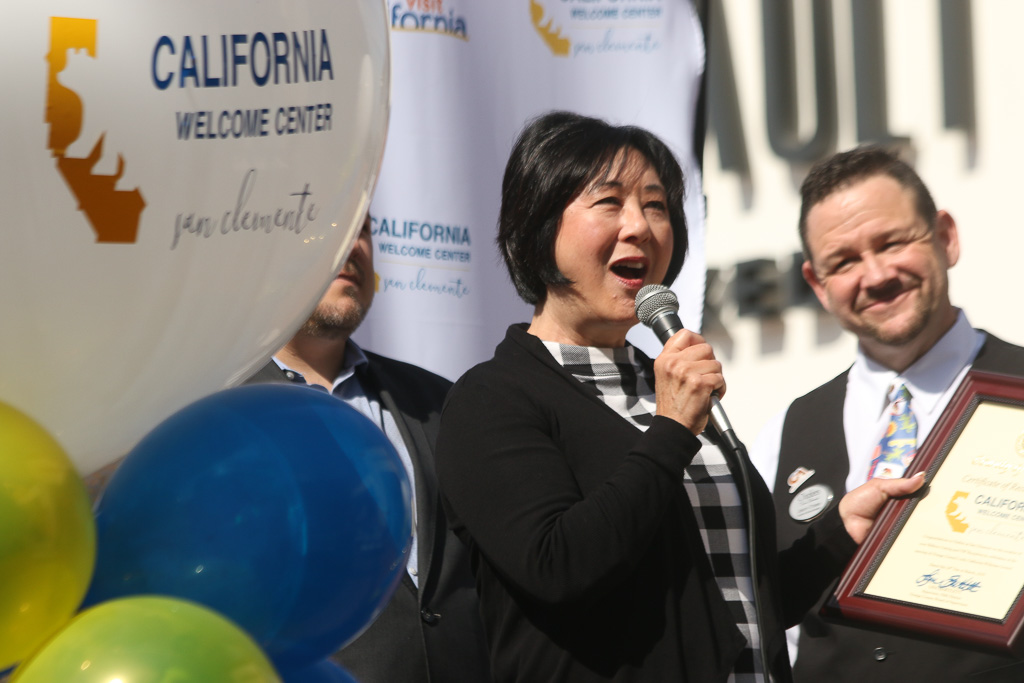 Bartlett will run as a Republican against incumbent Rep. Mike Levin, a Democrat, as well as fellow Republicans Brian Maryott, the previous district challenger and former San Juan Capistrano councilmember, and Christopher Rodriguez.

Bartlett serves as a supervisor for the county’s Fifth District, which encompasses Dana Point, San Clemente, San Juan Capistrano, and other cities south of Irvine, and has been on the board since 2014.

“Never in my lifetime can I remember a point where Congress was this far out of touch with the everyday experience of working-class Americans and families,” Bartlett said in her announcement. “Much like California, our country is headed in the wrong direction and in desperate need of new and common-sense leadership.”

“At a time when families are struggling to pay for gas, put food on the table, and deal with the cost of inflation, Mike Levin is literally cheering on trillions of dollars in government spending, much of which is for pet projects,” Bartlett added, referring to Levin’s support of the Build Back Better Act, a $2 trillion bill that passed the House in November and awaits a Senate vote.

Bartlett pledged to focus on the issues of quality of life, the economy, education, and public safety.

“This great country has given me everything, and I will do everything I can in return to help get us back on track,” she said.

In addition to her role on the OC Board of Supervisors, Bartlett has been publicly active in the area over the past 30 years. She served two stints as Dana Point’s mayor in 2009 and 2014, which came during her time on the City Council from 2006 to 2014.

As of this posting, Bartlett is not listed on the Federal Election Commission’s ledger of District 49 candidates who have reported campaign finances.

According to the FEC, Levin has raised more than $1.44 million in campaign contributions. Maryott has raised $852,135.74 toward his war chest.

Christopher Rodriguez, a Marine Corps veteran and Oceanside councilmember, has raised $475,842.44 for his congressional campaign.

Bartlett will join a crowded field of challengers, but she received a vote of confidence from her finance chairman Steve Craig.

“Lisa Bartlett’s experience, leadership skills, and values will make her a great representative on behalf of Californians,” Craig said. “Lisa is the right person, at the right time, to help bring the change so desperately needed in Congress and I am very proud to support her.”