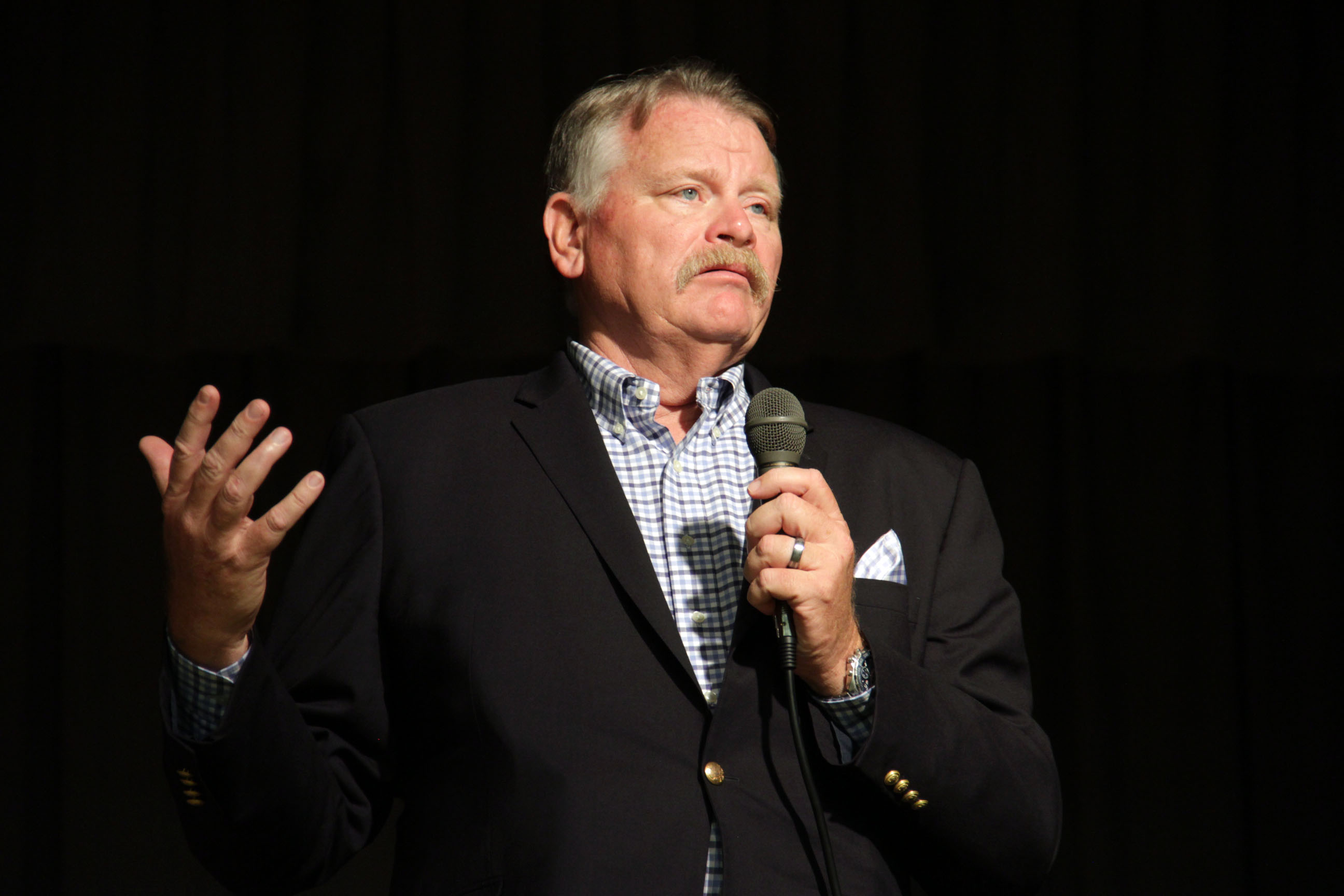 Campaign mailers the Republican Party of Orange County recently sent out supporting Gene James’s run for San Clemente City Council have raised some eyebrows, as the materials falsely state he was a recipient of the Legion of Merit award.

James, a veteran who served in the U.S. Army for 20 years from 1972 to 1992, said he did not give the OCGOP permission to send out those mailers that incorrectly claim he received the medal—an honor reserved for members of the Armed Forces who display “exceptionally meritorious conduct” and “outstanding service.”

James later states that he is “not such a fool as to believe that I could get away with such a lie. As it turns out, they never cleared the mailer with me. I would have never allowed the mailer to be approved.”

As of the posting of this story, the OCGOP had not responded to San Clemente Times’ request for comment.

Baker later responded to James’ statement, questioning why it took the candidate a week to issue a statement on the falsehood of the mailers.

“I find it very curious that you chose to do nothing about it until this morning, when I questioned the accuracy of the claim that you were a recipient of the Legion of Merit,” Baker wrote on Monday, Oct. 28. “I would have thought you, being a career military man, would have been completely aghast that someone had made this false claim and seen it immediately as ‘Stolen Valor.’ ”

Speaking by phone with San Clemente Times, James said that while he’s unsure exactly when the mailers were delivered to homes, he disputes Baker’s assertion that it came out a week ago.

In one of the mailers, a Legion of Merit award is pictured front and center with the text reading: “GENE JAMES SERVED AMERICA FOR 20-YEARS. NOW HE WANTS TO SERVE SAN CLEMENTE.”

At the bottom of it, the text states: “GENE JAMES LEGION OF MERIT For Distinguished Military Service U.S. Army, ret.”

James, who wrote in the email that he’s “embarrassed beyond words,” added that he’s aware of being recommended for the Meritorious Service Medal, as well as the Legion of Merit, but he retired from the military without knowing for certain whether he received it.

“I actually retired not knowing if I received a MSM or LOM, nor did either award ever follow me,” he wrote. “I remember it was an award requiring SECARMY approval, so there would have been significant lag time. What I can say is I was recommended for the LOM by a colonel and a three-star general.”

Asked what the OCGOP’s response was during the conversation over the mailer, James said the party told him, “We should have cleared it with you.” James also said the party didn’t explain to him the source of the incorrect information.

The issue, he added, will certainly have an impact on his relationship with the local party, as it was authorized only to promote his 20 years of military service and nothing more.

“I’m proud of my service, but I look at those who served before me and what they had to put up with—I’m talking about Vietnam—those who have been deployed and at war, and my service doesn’t match the service that came before and after me, and that’s why I’m very reluctant to say anything about my service,” he said.