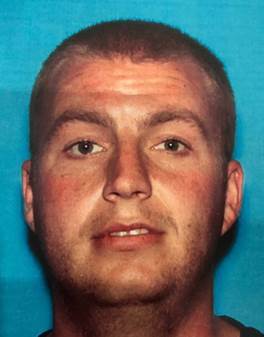 Orange County Sheriff’s investigators were searching for 26-year-old Luke William Ferguson, who is suspected of fatally shooting two people and wounding two others in Aliso Viejo.

According to a statement released by the Orange County Sheriff’s Department, deputies arrived at 2:50 p.m. in The Hamptons subdivision on Oct. 12 to find four victims suffering from gunshot wounds.

Deputies reportedly rendered aid, but Lisa Cosenza, 51, and Douglas Ferguson, 59, both of Aliso Viejo, died as a result of their injuries.

On Facebook, Cosenza and Ferguson were listed as in a relationship.

The other victims, a 23-year-old man and a 48-year-old man, were taken to a local hospital in serious condition, according to the release. There have been no further updates to their conditions at this time.

Cosenza was an account executive for a short time in 2013 for Picket Fence Media, which publishes the Dana Point Times, San Clemente Times and The Capistrano Dispatch. She is also a graduate of Dana Hills High School.

Luke Ferguson is white, 6-foot-1 and weighs 200 pounds. He has a tattoo on his right shin that reads 90291, which is an area code for Venice Beach. OCSD officials said he is considered armed and dangerous.

Authorities urged the public to call OCSD immediately at 714.647.7000 if they see Ferguson. Anonymous tips may also be submitted to Orange County Crime Stoppers at 855.TIP.OCCS.

No details on the circumstances surrounding the shootings have been released at this time.

The San Clemente Times will continue to update this story as more details become available.