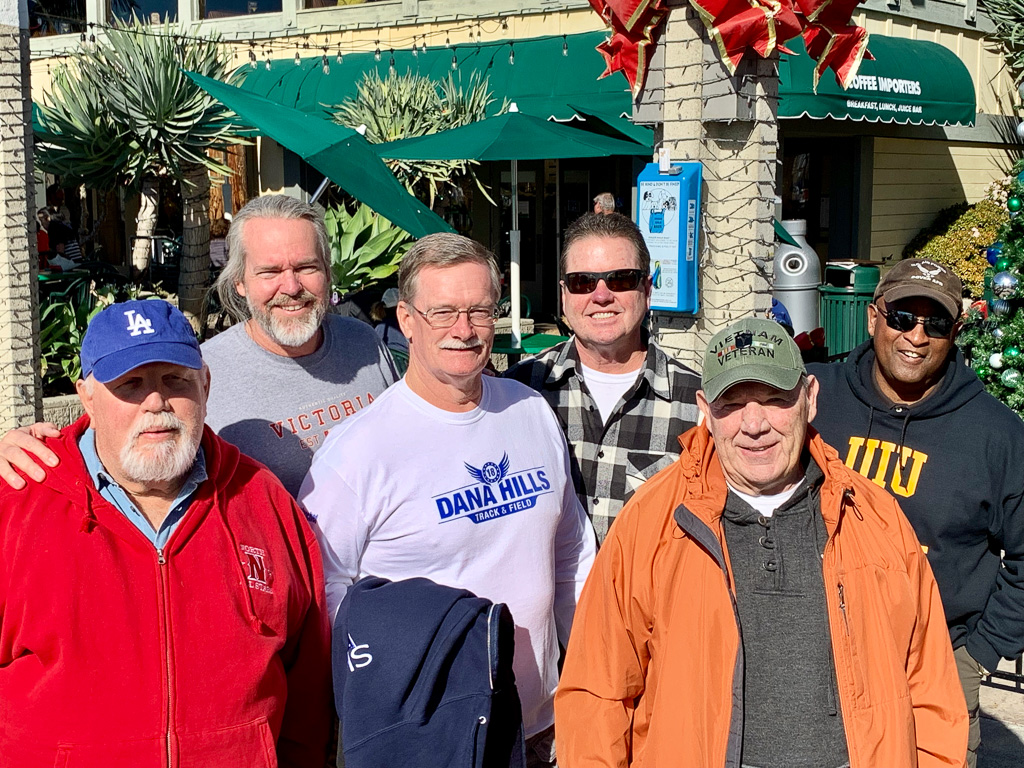 For 40 years, Vern McGarry faithfully placed flowers at the grave of the only San Clemente police officer ever killed in the line of duty.

On Nov. 29, 2018, McGarry spoke at an observance of the 40th anniversary of Officer Richard T. Steed’s death. He recounted, one more time, how it easily could have been Officer McGarry who was shot and killed while stepping out of a patrol car responding to what proved to be a crazed man’s call for medical assistance.

The call for help was in McGarry’s assigned patrol sector. But as fate would have it, Steed happened to be closer to the call and volunteered to take it.

He completed a jump, was preparing for another and began feeling short of breath.

After being taken to a hospital, he died of a heart attack, his family announced. He was 65.

“He was just an absolutely amazing man,” said his wife, Pam. “He loved life, and he lived life to the fullest. Friends and family were the most important things to him.”

Veterans of the San Clemente Police Department, a police agency from the town’s 1928 incorporation until the city contracted with the Orange County Sheriff’s Department in 1993, will remember McGarry as a consummate SCPD veteran who worked tirelessly to keep Steed’s memory alive.

“Our last meeting was three days before he passed,” retired Sgt. Richard Corder said. “He just had a heart of gold. And what a way to go. He was able to have his last skydive. He was the last guy you’d have expected to go, among us. He was so healthy and fit.”

In 1971, McGarry was track athlete of the year at San Clemente High School, where he high-jumped and long-jumped. He was known to display the British flag on surfboards he rode. Born in England, he immigrated to the United States at age 4 with his family. He became a U.S. citizen in 1975, just before becoming a San Clemente police officer.

His family had moved to San Clemente from Pacoima when he was 14. He promptly took up surfing, collecting medals years later at the annual California Police Olympics.

In 1979, “McGarry triumphed in powerful 6- to 8-foot crunchers at Steamer Lane in Santa Cruz,” a news article proclaimed.

He also medaled in other sports, notably high-jumping. In his later years, he coached high-jumping and track at South County high schools.

For decades, he was an avid skydiver, completing close to 1,500 jumps, Pam said. He often would appear in videos soaring in spectacular formations above scenic backdrops. He would skydive most often at Perris but also over such locales as Cabo San Lucas, Belize, Nicaragua and Costa Rica.

Pam and Vern McGarry were married in 2012 by Pastor Tim Hopkin, a former SCPD officer-turned-minister. Pam said she met Vern when she joined Police Explorers while attending San Clemente High School. They met again some 30 years later as they attended a memorial service for Bill Trudeau, a retired SCPD lieutenant who had been Pam’s Explorer advisor.

Hopkin will fly in from Utah to officiate at a Vern McGarry celebration of life set for 1 p.m. Feb. 2 at San Clemente Presbyterian Church.