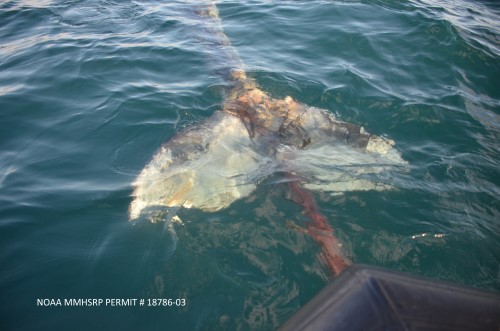 Officials Ask Boaters to Be on Alert for Tangled Whale

Pacific Marine Mammal Center (PMMC) reported it had engaged a junior gray whale that was tangled in a monofilament gillnet on since Saturday, April 19, as a part of the Orange County Large Whale Entanglement Response Team and other agencies. A press release was sent out Tuesday, April 23.

The gillnet and line were wrapped around its tail and flukes, and the teams were unsuccessful in untangling it, stating that efforts such as these can take days or weeks.

The whale was first spotted by Capt. Dave’s Dolphin Safari, Dana Wharf, according to the press release.