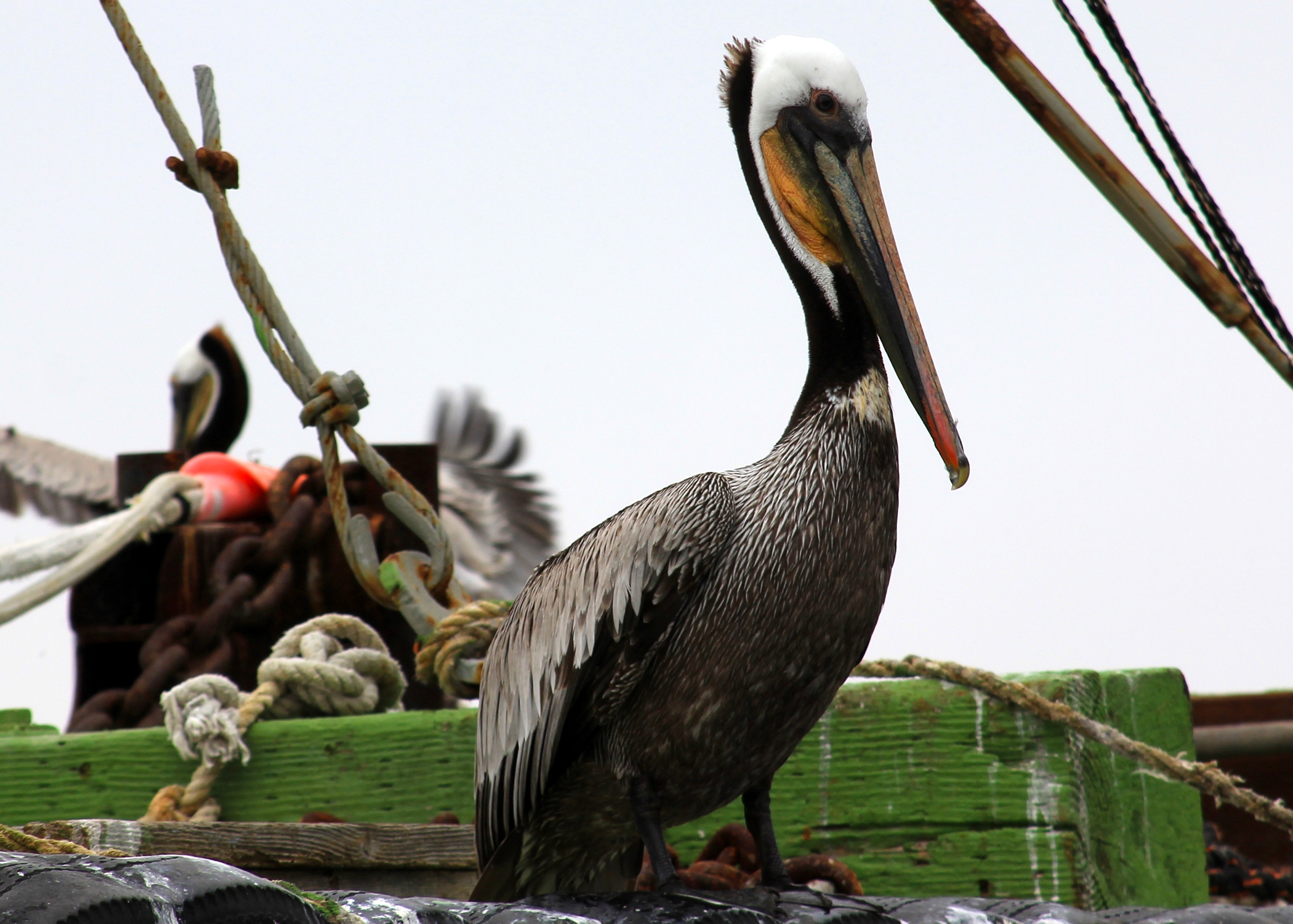 Feature Photo: Courtesy of the Department of Fish and Game

Nearly three dozen California brown pelicans found mutilated along the coast of Orange County have been brought into a wildlife nonprofit organization in Huntington Beach as officials continue to seek information on whoever is responsible for the attacks.

Since last October, the Wetlands and Wildlife Care Center has received 32 injured brown pelicans, with the majority of the birds sustaining broken wings. Despite performing emergency surgery, Executive Director Debbie McGuire said, the tissue in the pelicans’ wings were too damaged from infections.

“Twenty-two of them had a compound fracture of the humerus, so compound meaning the bone actually broke through the skin,” McGuire said. “Those are really critical fractures, and none of them made it.”

California brown pelicans have pneumatic bones, which are bones that contain air-filled cavities. When their hollow bones break, they get exposed to the environment and contaminants including seawater and sand.

“You can only imagine all of the complications that come with that, so they are pretty severe injuries,” McGuire said.

The injured pelicans have been found by lifeguards and other people on shores along the coast from Huntington Beach to San Clemente. While many of the birds came from locations in Dana Point and San Clemente, they were also found in Newport Beach, south Huntington Beach and Bolsa Chica.

According to McGuire, if the injuries are occurring out at sea, the natural current and waves would direct the pelicans to those locations.

While the cause of the injuries remains unknown, McGuire and officials involved with the ongoing investigation believe that the injuries were inflicted purposefully. When the Wetlands and Wildlife Care Center received pelicans with broken wings in the past, McGuire said, they typically have bruising and broken bones in various places.

“I do feel it’s human-related, because it’s just in that area,” McGuire said. “We have seen them when they come in with broken wings from hitting rocks or boats or, you know, other things, and you’ll see bruising on the body or other places. It’s usually more than just a wing injury.”

In California, an individual could face a maximum penalty of three years of imprisonment, a fine of up to $20,000 or both, for intentionally maiming a living animal, according to the Animal Legal Defense Fund.

The California Department of Fish and Wildlife is investigating the attacks. The Animal Legal Defense Fund and wildlife center announced this week that they’re now offering a reward of $25,000 for information on whoever is responsible for the pelican mutilations.

“We commend the California Department of Fish and Wildlife for taking this violent offense seriously, and our appreciation goes out to the Wetlands and Wildlife Care Center for their efforts in successfully rehabilitating several injured birds from this case,” said Emily Lewis, a senior staff attorney for the Animal Legal Defense Fund. “Animal cruelty is a serious crime. Pelicans are deserving of living full, wild lives as individuals free from that cruelty.”

The Wetlands and Wildlife Care Center has not treated any injured pelicans since April, but it has continued to receive reports of deceased birds on the beach. McGuire encourages people to keep an eye out and report any injured or deceased bird by calling the CalTIP line at 888.334.2258.

“If you are walking on the beach and you see a deceased pelican that has an obvious wing injury, please let the authorities know,” McGuire said. “Maybe even take a picture and then call CalTIP. You know, GPS would be great; most phones have that now, so if you take a picture, you can kind of tell the location.”