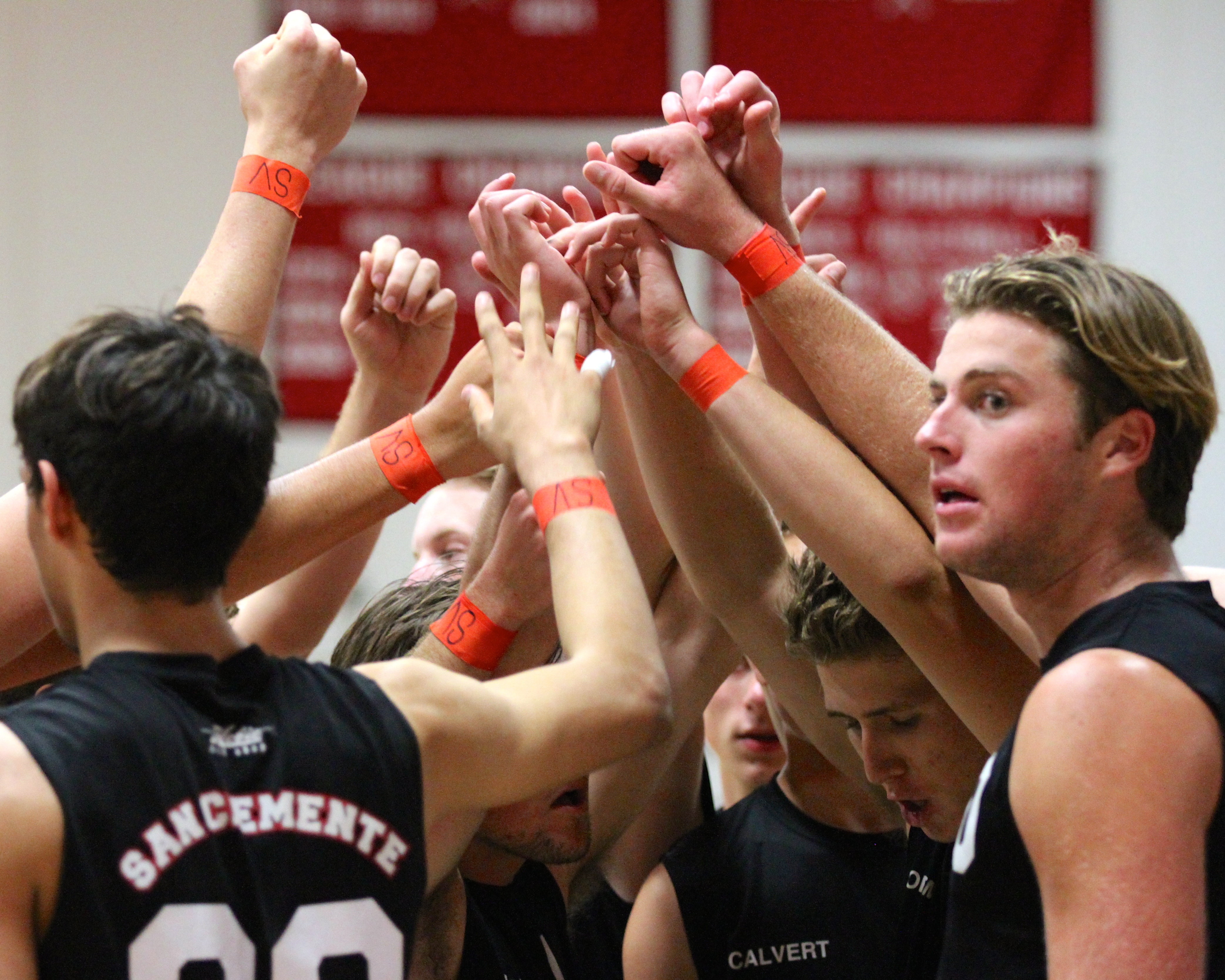 The color orange was ever-present during the San Clemente and Laguna Hills boys volleyball South Coast League match on April 15.

There were orange t-shirts, shoes, socks, wristbands and signs all over the San Clemente gym in honor of Saylor Voris, a San Clemente High School student who died early in the morning on April 14 after battling leukemia for 19 months.

Both teams paid tribute by wearing orange, the color associated with the fight against leukemia. The Tritons wore orange wristbands while the Hawks wore orange bands around their legs. The crowd, especially the student section, was decked out in orange clothing.

San Clemente senior middle blocker Matt August said it was tough to go out and play after losing a friend but the Tritons responded, sweeping away the Hawks in three sets, 25-19, 25-23, 25-22.

San Clemente (14-3, 2-1 league) built late leads in both the first and second sets against the Hawks, who were playing without their starting setter.

Following an 18-5 run in the first, the Tritons held a 21-8 lead and San Clemente head coach Ken Goldstone emptied his bench. The Hawks immediately went on a 7-0 run and eventually narrowed the winning gap to six points.

The second set was much closer and at 22-21, the Tritons bench was emptied again and three sophomores took the court while most of the starting lineup sat on the sidelines. San Clemente sophomore outside hitter Jess Hunt notched the final two kills of the set to end the Hawks’ threat.

“I wanted to play some close games. If (Laguna Hills) caught up I wasn’t going to put our starters back in,” Goldstone said. “These guys need to learn how to win. I had three sophomores out there in game two. They’re good volleyball players, they’re capable.”

Among the more noticeable tributes to Voris was on August’s shoes. The senior, who led the team with eight kills, had “Pray for Say” and her initials, “SV”, marked across his sneakers, a sign that when he takes the court this year, Voris’ memory does as well.

“We did it for her … It especially hurt … it hit me hard,” August said. “I did it for her and I’m glad we got the win tonight. Not only tonight but for the rest of the season and forever she’ll be our inspiration.”