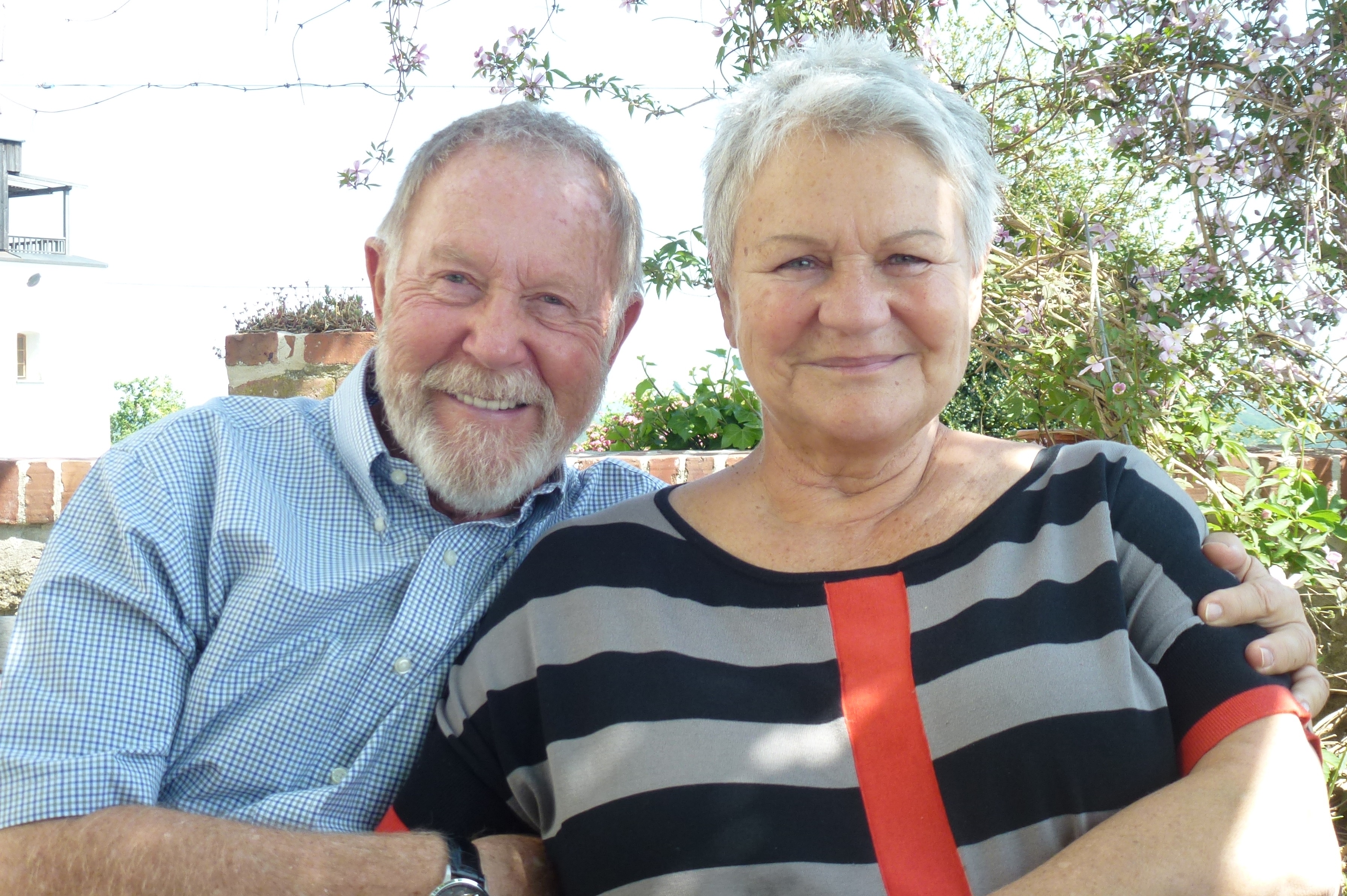 On Life and Love After 50: An Ocean Farewell to an Austrian Friend

In May, while on vacation in Graz, Austria, my life partner Greta and I had dinner with a couple we had never met.

This meeting came about because Ken, 78, San Clemente, had emailed, “I have been enjoying your articles in the San Clemente Times. I was interested to see you will be in Graz, Austria, soon. I will be in the Graz area from May 1 until May 9.”

Ken explained that he would be visiting Maria, his woman friend, who lived near Graz. The four of us agreed to have dinner at a restaurant that Maria recommended.

Ken and Maria were so pleasant and comfortable to be with that time flew by that night as we all shared experiences about how we met and became couples, where we had traveled and to where we were traveling next. We were surprised that Ken’s home was on the same street in San Clemente as Greta’s home, a block away. Maria said she had visited Ken in San Clemente several times and loved it nearly as much as her native Austria.

Two days later, Maria and Ken drove us through southeastern Austria. Maria was the ultimate tour guide and hostess, taking us to the Burg Riegersburg castle and then driving a couple of hours to a favorite restaurant of theirs called Schloss Kaepfenstein.

To conclude our day with Ken and Maria, we were honored to be invited to Maria’s home with its magnificent backyard gardens. Greta and I had made wonderful new friends in Austria and would never forget the warm hospitality extended to us that day.

Ken and I exchanged emails. On Nov. 1 he wrote: “Maria and I are traveling. We will be back in San Clemente around Nov. 15.”

And then on Nov. 26, an email from Ken arrived that devastated us: “I am very grieved to inform you that Maria died from a heart attack a week ago.”

A memorial service for Maria was held Dec. 3. Approximately 20 of us, including Maria’s two sons, Christian and Klaus, and their wives boarded the OCeans Adventures Catamaran at dock six in Dana Point Harbor. It was a beautiful, blue-sky day.

The boat headed toward San Clemente. The engines were shut down within a quarter mile of the San Clemente Pier, and a beautiful, simple service began. A wreath of eco-friendly red roses was released off the stern. In addition, each of us were provided with an eco-friendly rose to release as well.

Everyone watched the roses float away; not a word was spoken for minutes. A majestic seal swam up to the flowers. An Amtrak train heading south blew its whistle, as if to pay its respects.

I was very impressed with the sensitivity and respect the two OCean Adventures crew members showed toward the family and the care they took to protect the ocean.

On the way back to Dana Point, the crew stopped the boat so we could enjoy a large pod of common dolphins that seemed to be honoring Maria as they swam by.

As the boat headed home, Greta and I agreed how privileged we were to have met and enjoyed this incredible woman from Austria who loved San Clemente and who so embraced life. She will be in our hearts forever.

Tom Blake is a Dana Point resident and a former Dana Point businessman who has authored several books on middle-aged dating. His latest book can be found online at,www.smashwords.com/books/view/574810. See his website at www.findingloveafter60.com (Yes, after 60, time rolls on.) To comment: tompblake@gmail.com.