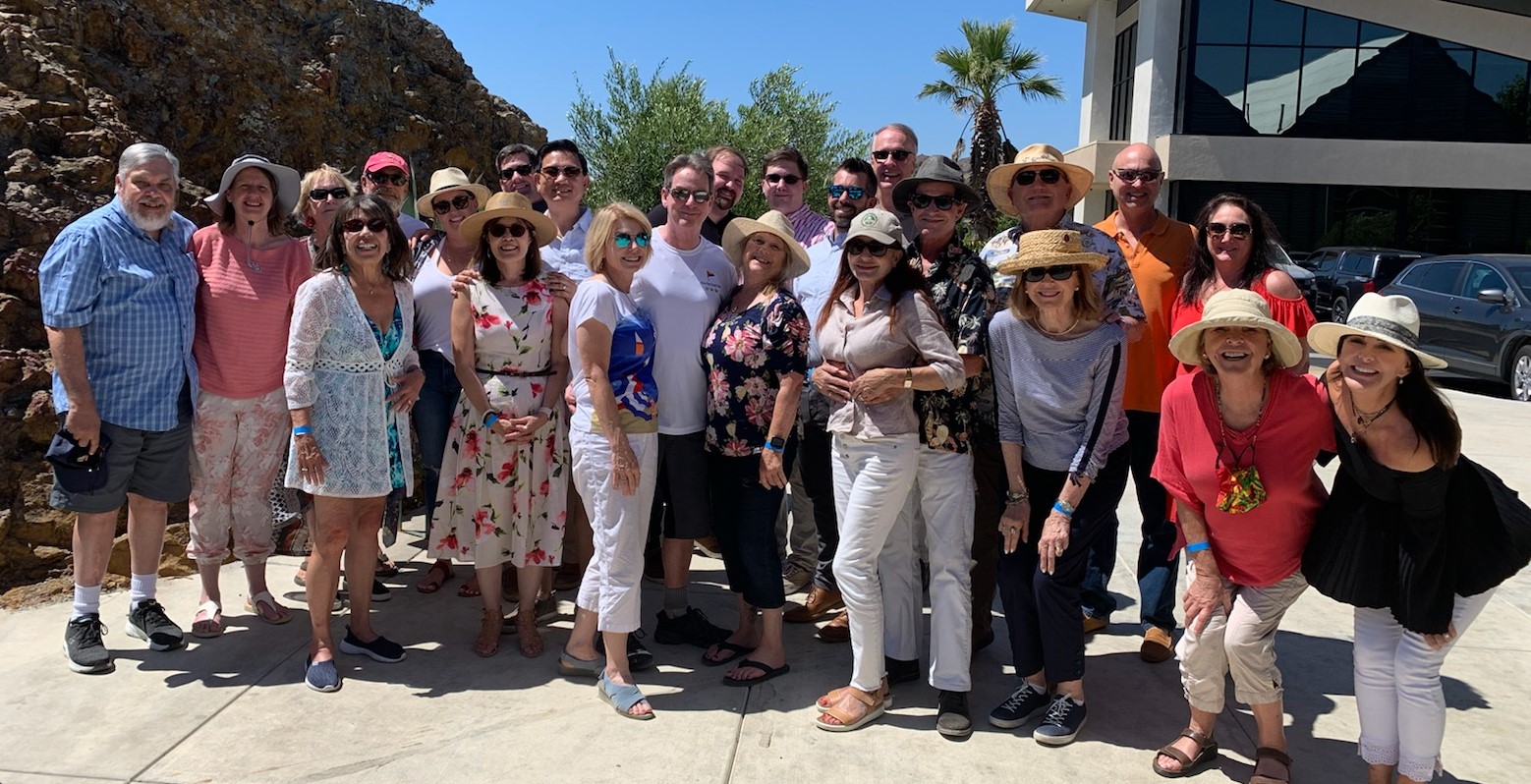 On Life and Love After 50: Dana Point in San Luis Obispo

Because of COVID-19, my partner, Greta, and I canceled five road trips. We’ve been itching to “get on the road again.”

In July, we received an invitation to an Aug. 6 musical soiree in San Luis Obispo (SLO), along the Central California coast, hosted by former Dana Point Mayor Scott Schoeffel and his partner, Julie Simer.

Greta and I had attended several of Scott’s and Julie’s soirees in the backyard of their Dana Point home. They always had incredible musicians playing.

We decided to take a road trip to San Luis Obispo to attend. The invitation stated, “Vaccinations are required indoors.” We both are fully vaccinated.

Scott is an accomplished musician, learning to play the violin from Jack Benny. Scott’s specialty now is the electric violin. A passion of his is to put together a five- or six-piece band of international talent to perform soirees. And he does it oh-so-well.

Greta and I drove to San Luis Obispo on Thursday, Aug. 5.

The soiree was scheduled to begin on Friday at noon. We arrived an hour early at a venue called SLO Brew Rock, or “The Rock,” where Julie and Scott had scheduled the event. The stage was outdoors, with a backdrop of mountains and hills. The bar and food service were indoors.

The first thing we noticed was a large “Dana Point Yacht Club” banner emblazoned across the backdrop of the stage. We thought, well, we’ve got the right place. Soon, Scott and Julie greeted us as they were getting the seating and stage set up.

During the musicians’ warmup, Greta and I were impressed by the quality of the musicians. We realized we were in for four hours of immense entertainment.

And then I said to Vicki, “Who are all these people in your group?”

Vicki said, “Scott is the Commodore of the Dana Point Yacht Club, and many of us are members. It’s an unwritten tradition that new commodores sponsor a cruise each year. But, Scott and Julie decided to make their cruise a trip to the beautiful Central California coast featuring today’s soiree.”

I put my columnist thinking-cap on and thought, “Wow, wouldn’t it be neat if I could get a group picture of all these Orange County people, including Scott and Julie?” I mentioned that to Vicki.

She said, “If you’d like, I’ll be happy to coordinate getting the people together for a photo during one of the band’s breaks.”

About 40 people from Dana Point and other parts of Orange County arrived, including Orange County Supervisor Andrew Do. Oh, my gosh, Supervisor Do loves his music. He knew more songs than I did, which is amazing, because I’m an oldies freak.

Scott performed solo versions of “The Star-Spangled Banner” and “Somewhere Over the Rainbow.”

The six-member band that Scott assembled was awesome. They called their group the “Central Coast All-Stars.” Most had never played together. An early song was “Purple Rain,” the classic by Prince. Another favorite was “Big Yellow Taxi.”

The lead singer, Rachel Santa Cruz, whose father, Bobby Santa Cruz, played bass, was hugely talented. After the show, I told her: “Today, you were five women in one: Stevie Nix, Janis Joplin, Linda Ronstadt, Nancy Sinatra, and Grace Slick.”