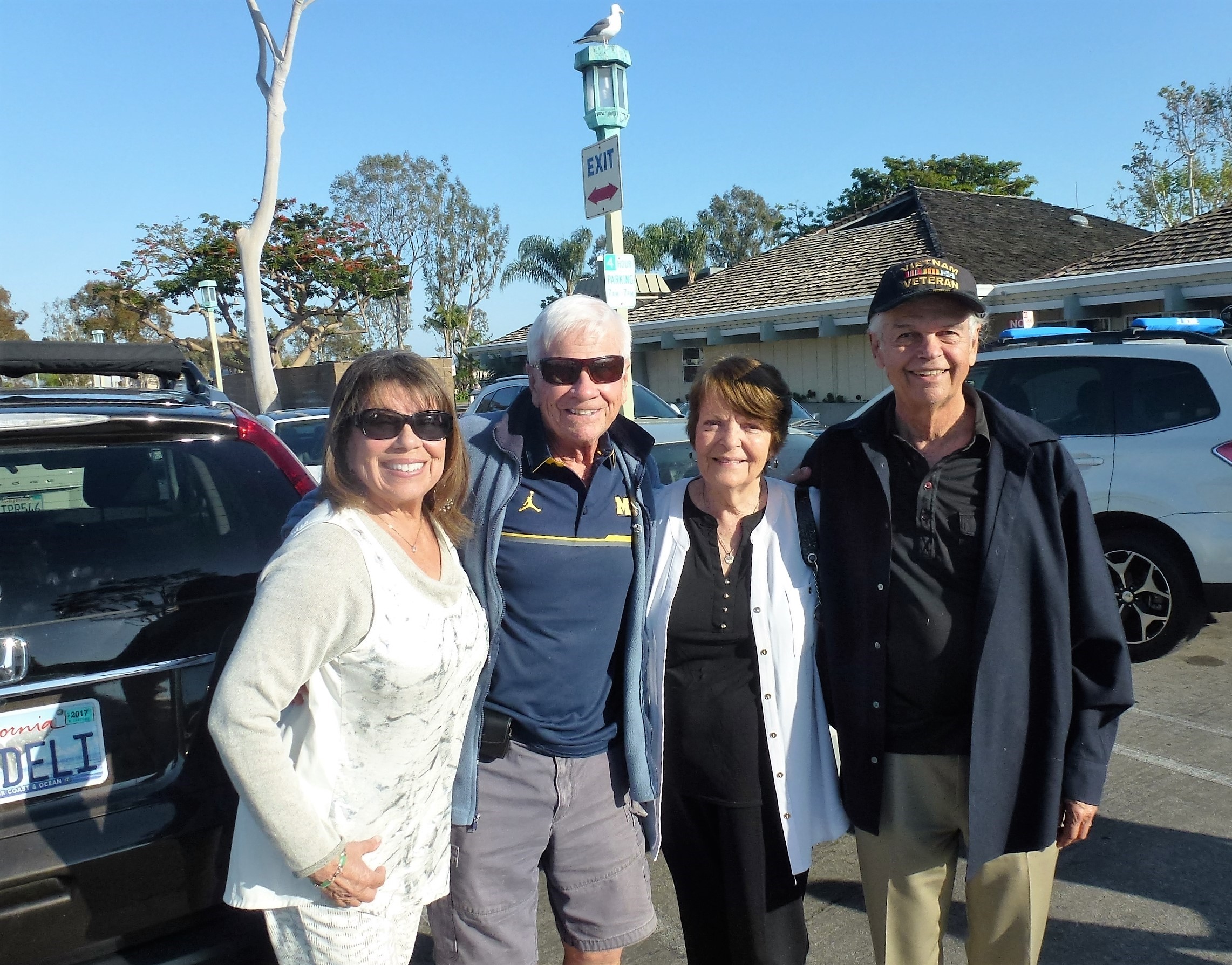 On Life and Love After 50: Get Your Estate Plan in Order

The article was about Sue and Phil, with whom I had grown up in Jackson, Michigan. We attended grade school together and graduated from high school in 1957. Phil once told me that he had liked Sue since the fourth grade. When I wrote the 2017 article, I had known them for 68 years.

After high school, Sue and Phil went different ways. At our 50th high school reunion in 2007, they talked in person for the first time since graduation. That conversation lasted 20 minutes.

They lived far apart: Phil in Palm Springs, Sue near Grand Rapids, Michigan. Both were married.

From Feb. 3-6, 2017, their phone conversations revealed how much they had always liked each other, and that future time was precious. Phil invited Sue to visit him in California.

On Feb. 8, Sue flew to the Ontario International Airport. During the next week, their conversations touched on marriage. Sue said to Phil, “If we’re going to get married, why don’t you ask me?”

Sue returned to Michigan to gather her belongings. On Feb. 24, 2017, she flew back to Ontario International. An hour after Sue arrived, she and Phil were married at the Orange County Clerk office in Fullerton.

Two weeks later, they visited Greta and me in Dana Point. Greta remembers how happy Phil was to be married to the woman he had admired in the fourth grade.

Pretty amazing story. From the second conversation in 50 years, to getting married in three weeks.

This January, I received a puzzling email from a woman named Norma in Highland, California. Norma wrote: “In your article about Sue and Phil, I suspect there might be something fishy about Sue’s marriage to Phil and then her later remarriage to her first husband.”

I was surprised. I responded, “I wrote about them five years ago.”

Norma answered, “I know. That’s when I saw it in The Capistrano Dispatch. I picked it up from a rack at the train stop in San Juan Capistrano. You wrote about Phil. I couldn’t believe it. He had been in our small church group in Riverside County.”

I replied: “What a coincidence that you knew him. But why contact me five years later?”

Norma said, “In October 2021, I listened to your online “Senior Dating” speech to the Alzheimer’s Society. During the speech, you talked about the importance of seniors putting estate plans in order. You mentioned that Phil had died just four months after marrying Sue and hadn’t updated his estate to include her. She thought she had been disinherited.

“You also wrote that you helped Sue get a portion of Phil’s inheritance funds. And later, she remarried her first husband. I thought that was fishy.”

I said to Norma, “When I shared Sue’s ordeal with my estate planning attorney, Jeffrey Hartman of San Clemente, he said that under California law, Sue was entitled to certain widow’s rights, even though she wasn’t included in Phil’s estate. Jeffrey urged me to convince Sue to pursue her widow’s rights. She did, and her Michigan attorney helped her collect a few thousand dollars from Phil’s estate.

“There was nothing fishy about Sue’s situation. Phil was crazy about her and had admired her for more than 70 years; he would have been thrilled that she got some money.”

There’s a lesson in today’s article. To avoid an estate having to go through probate—a lengthy and expensive process—seniors must have a written estate plan. A will helps, but it isn’t enough to avoid probate.

As in Phil’s case, life can change in an instant. Update the documents often.

The original article about Sue and Phil can be found online in The Capistrano Dispatch’s archives for the March 24-April 13, 2017 issue.