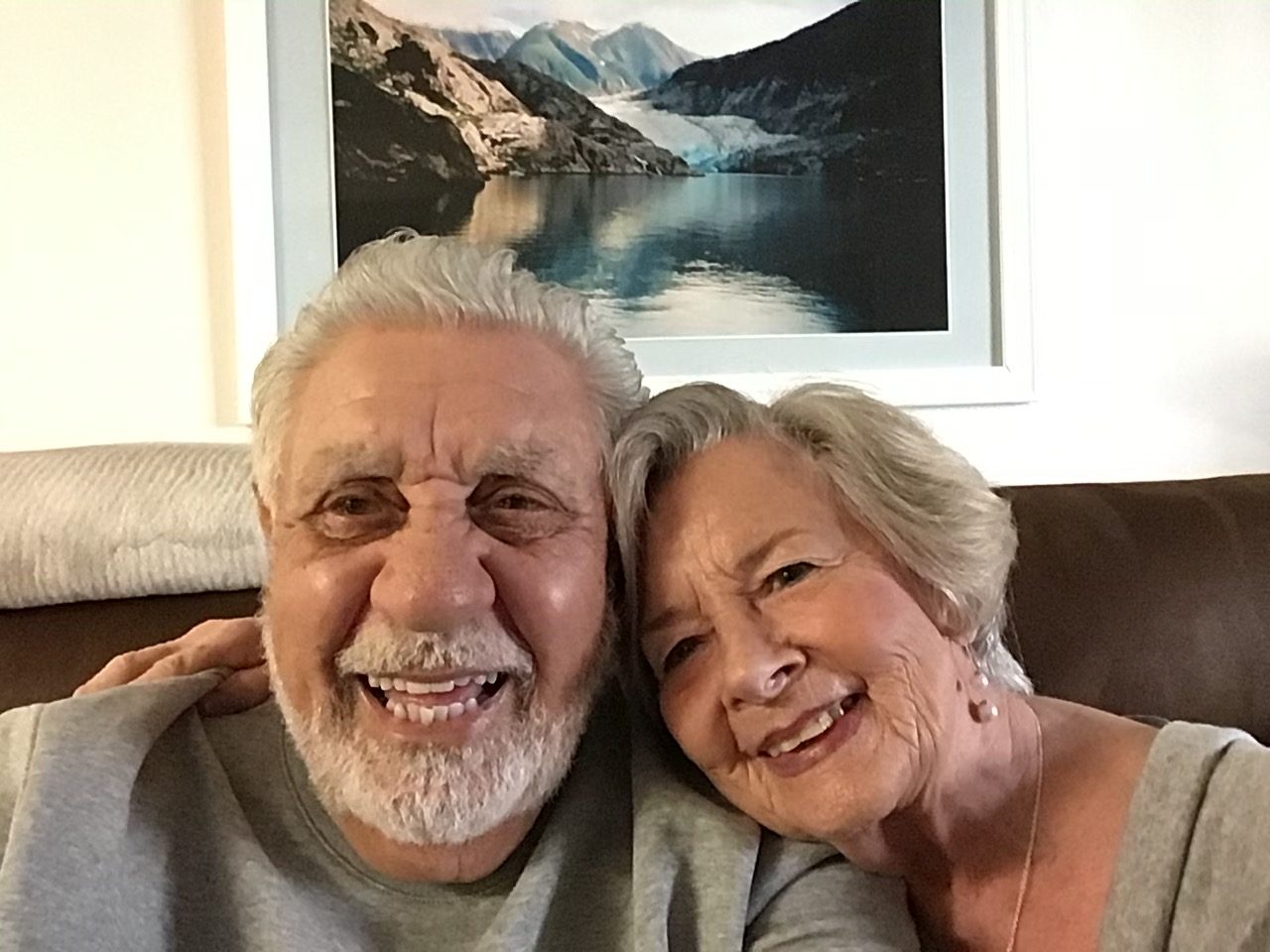 I first wrote about San Clemente resident Chris Anastasio and his girlfriend, Tina, in 2009. The story of how they met was included in a book titled How 50 Couples Found Love After 50, which I wrote.

What made their relationship so remarkable was the mileage between them—5,419 miles between San Clemente and England, where Tina lived.

Chris was divorced three years and Tina widowed 18 months when they met in 2004 on a cruise ship where Chris was a dance host and Tina a passenger.

Chris said, “I have danced with a lot of women over the years, but when I danced with Tina, I knew there was something special about her that I liked.”

After the cruise, they started corresponding and then visiting each other and taking trips together. Their long-distance relationship endured for 13 years.

Tina said, “During our years of being a couple, we’ve had to say a lot of good-byes. Those times were the hardest.”

On Feb. 12, 2017, Chris and Tina married at the Dana Point Yacht Club. My partner, Greta, and I attended the wedding.

However, their being-apart times were not entirely behind them. Tina still had to return to England from time to time, because she was not eligible to permanently stay in the U.S.

A month after their wedding, Chris and Tina started the legal process of securing a two-year, temporary Green Card for Tina, so she wouldn’t have to leave the country so often.

A year later, Chris emailed: “After jumping through all kinds of hoops last year, we finally had Tina’s Green Card hearing today. It was the last step in the process.

“We were told to bring pictures, papers, letters, or anything else that would prove we were a REAL couple. Tina suggested we bring the How 50 Couples Found Love After 50 book to the hearing.

“During the interview, I mentioned that we had become kind of famous because of our long-distance relationship. I said we were featured in your book, and handed it to him, with our page bookmarked.

“He started reading. His face lit up. He said, ‘This is great, I don’t have to see anything else. You have your Green Card.’

“It was amazing. That’s all he looked at. We were out of there in less than 30 minutes. You had a hand (and a big hand at that) in getting Tina her Green Card.”

In 2020, Chris emailed an update: “Tina’s two-year Green Card expires soon. So, we must go back in and apply for her 10-year Green Card, also known as a Permanent Resident Card. Is it OK if we carry the How 50 Couples Found Love After 50 bookto the government office again? It brought us great luck two years ago.”

My reply: “Of course. Let me provide you with a fresh copy. Hopefully, it will help you get Tina’s Permanent Resident Card.”

On Feb. 19, Chris emailed: “Last year’s hearing was supposed to take place in six months. Because of the pandemic, the hearing kept getting delayed. It has been over a year and a half that Tina has been waiting with bated breath, dreading the next hearing.

“Yesterday, Tina received a letter from the Department of Homeland Security that started with ‘CONGRATULATIONS. Because of the information received, you have been granted your Permanent Green Card.’

“With the help of your book and letter of introduction, Tina has received her Green Card. Our thanks for your help.

“Although Tina loves living here in America, she said she has no desire of becoming a citizen. She likes being called ‘an English Lady.’ ”

Chris is now 87, and Tina 80. Their story proves that despite challenges, people can find love later in life.