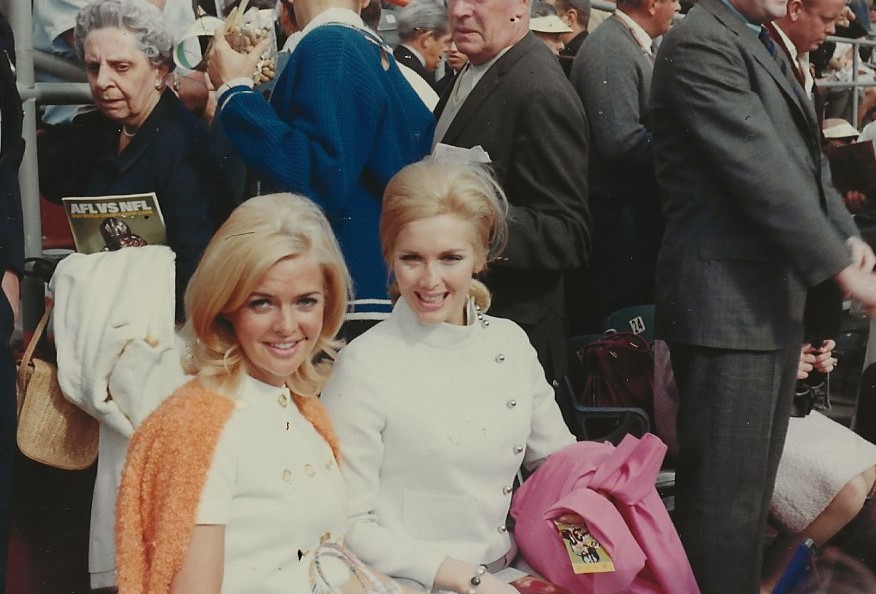 With Super Bowl LVI this week at SoFi Stadium in Los Angeles, I can’t help but think back to Super Bowl II, in 1968, 54 years ago.

I was a regional manager of public relations for American Airlines, working at the company’s headquarters at 633 Third Avenue in New York City.

Four days before Super Bowl II, which was held on Jan. 14 in the Orange Bowl in Miami, the airline’s vice president of public relations, a distinguished man named Holmes Brown, summoned me to his office.

He said, “Tom, I just got off the phone with the president of American Express. Amex invited our two world stewardess queens, Patty Paulsen and Jill Spavin, to be their guests this weekend at the Super Bowl festivities in Miami. I can’t allow Patty and Jill to go alone. I need an American Airlines escort to go with them to be sure they are safe and treated with dignity.

“As the only single man in our department, I would like you to go. Will you do it?”

“Love to,” I said, trying to act cool and calm, although I couldn’t believe my ears.

He patted me on the back and handed me five $100 bills, saying: “All expenses are prepaid; however, I want you to have money in case you need to pick up a tab. I want American Airlines to always look good.”

On Friday night, Patty, Jill and I flew to Miami. For the next three days, my focus was to keep them safe.

The ticket stub that I kept shows the official name of the game as the “World Championship Game AFL vs. NFL.”

Shortly thereafter, Lamar Hunt, owner of the Kansas City Chiefs, recommended the name of the game be retroactively changed to “The Super Bowl,” which was quickly adopted by the two leagues.

Of course, it was an incredible weekend. Patty, Jill and I rode to the game on a bus chartered by American Express. I was sitting in back next to a young kid named Mike Garrett, the 1965 Heisman Trophy winner, a former running back at USC. At that time, he played for the Kansas City Chiefs, and he later became the athletic director of USC for 17 years.

Garrett said to me, “What’s in the cooler on the back seat?”

Patty, Jill and I sat on the 50-yard line with George Mira, a former University of Miami All-American and San Francisco 49ers quarterback.

Several of Mira’s admirers stopped by to greet him; they seemed curious about Patty and Jill, who looked beautiful.

There were two floats wheeled onto the field before the kickoff. The Packers and the Raiders were represented by a 15-foot player in uniform standing on a float. Each statue appeared to be spewing steam from its mouth even though the temperature was in the low 80s.

Two months after the game, on March 8, 1968, Patty and Jill were featured in the People sectionof TIME magazine with a nice write-up and photo of them together. Even with their new-found fame, they were still buddies of mine in the American Airlines PR office.

It’s hard to believe that there have been 54 Super Bowls since that experience. I always chuckle when I watch the Super Bowl and think of Patty and Jill. It saddened me to find out this week that Patty died in 2019. She would have been 78 at Super Bowl kickoff time this Sunday. Thanks for the memories, Patty and Jill.