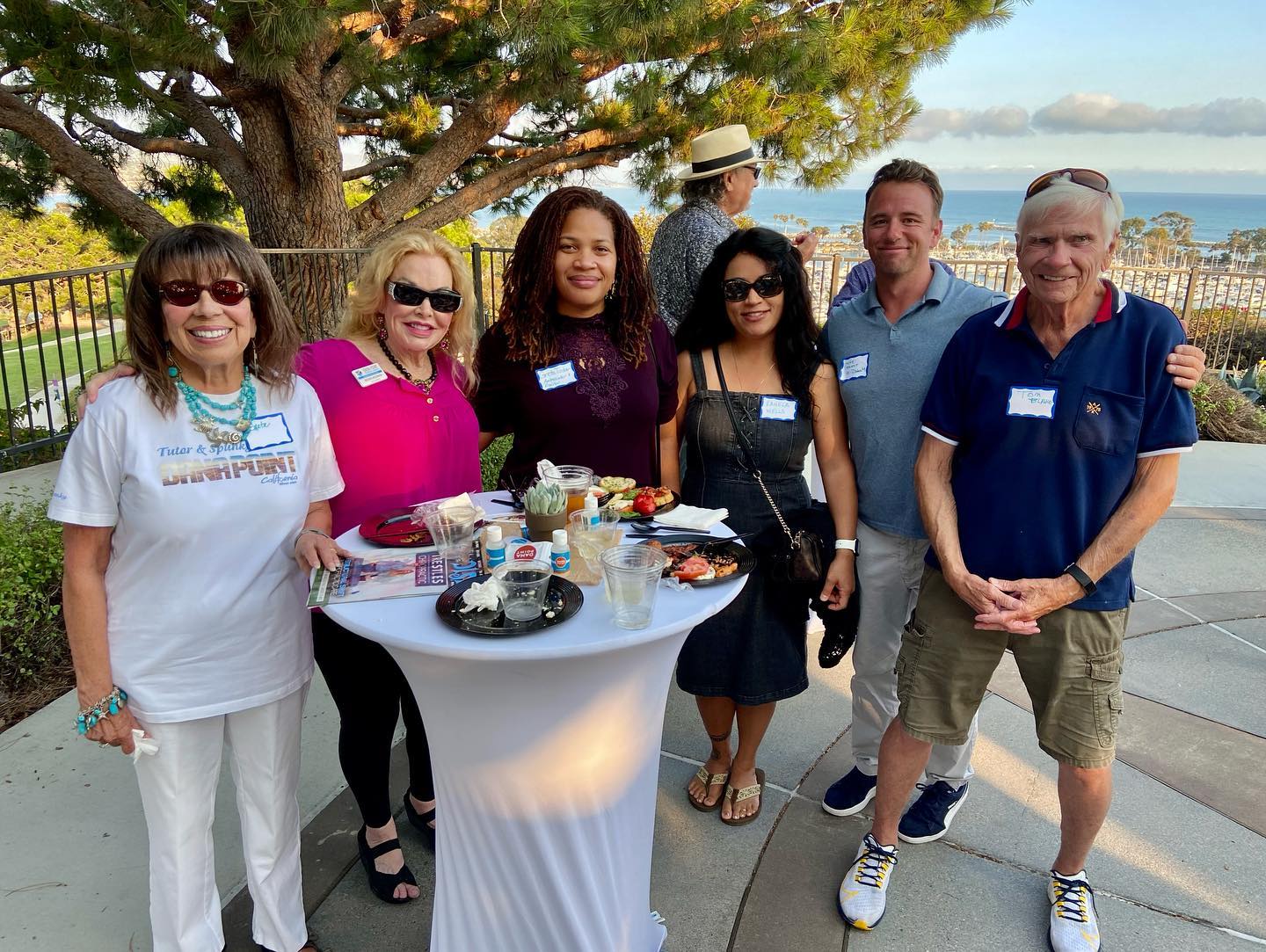 On Life and Love After 50: The Importance of Social Interaction

As the pandemic has eased, seniors—whether single, divorced, widowed, married, or in a relationship—have asked, “What’s the most important advice you can share with us to resume normal life?”

For people who have been isolated during the pandemic, the most important activity to pursue is social interaction. We need to be out among friends and people. Lately, many medical studies have revealed that loneliness, often caused by lack of social interaction, is unhealthy.

Which leads me to the Dana Point Chamber of Commerce mixer that was held on Thursday night, August 19. The city of Dana Point was the sponsor at the Doris Walker Overlook in Heritage Park, from 5:30-7 p.m.

Greta and I asked each other: “Should we go? Or stay home?”

We decided we would attend, knowing the mixer was in the open air.

What a beautiful event. The food and beverages were provided by Brio Tuscany Grille, the magnificent Italian restaurant in Dana Point. Oh, my gosh, so tasty and filling. And Enzo Scognamiglio, the owner of Brio, was there to ensure everyone got enough to eat.

I admit, shamelessly, that I took two copies of my newly published book, Tutor & Spunky’s Deli: A Dana Point Landmark, to show people how I spent my time during the pandemic.

One small section in the book is titled: “Sitting on a barstool at Brio Tuscany Grille.” It’s about becoming single in 1994 and trying to date.

I showed Enzo that section. He said, “I want to buy that book right now.” Oh, my gosh, I autographed it—my first sale in Dana Point.

Later, Enzo showed the book to Mayor Pro Tem Joe Muller. Joe said to me, “I want a book.”

I said, “This book was in the initial run. There are a few typos.”

He said, “That makes it a collector’s item. I want it.” My two books were gone just like that.

Later, Joe and Enzo were comparing their respective books. I had written more in Enzo’s book than in Joe’s book.

He said (smiling), “I want you to correct this injustice.” So, I added comments to his book—something about him being a Wisconsin Badger football fan and me being a Michigan Wolverine football fan. Big rivals. Small world.

Maryann Burke, representing Hennessey’s restaurants, introduced herself. I said, “Paul Hennessey, your founder, is an old friend. I hired him in San Francisco as a busboy in 1970 for the Victoria Station restaurant chain. He wanted to be a bartender, but we had no openings for that position. He’s never forgiven me for that, even though he owns 17 restaurants.”

She snapped a photo of me with her phone and sent it to him.

In showing the book to Dana Point City Manager Mike Killebrew, he and I talked about stand-up paddleboarding in Dana Point Harbor. Then, he said, “Where can the city of Dana Point get your books? On Amazon.com?”

I said, “Yes. But if you are ordering 500 books from Amazon, let me get them for you. I can save you a couple of bucks a book.”

A group of us were together when a photo was taken by a Chamber of Commerce photographer. Mike Frost, Dana Point City Councilmember from District 4, was included. He and I exchanged old war stories about the early days of Tutor and Spunky’s, where he and I had met years before. He is an asset to the city.

As Greta and I drove home, we discussed the importance of social interaction. What a fun night we had at the Dana Point Chamber of Commerce mixer. It lifted our spirits.

I can’t emphasize enough the importance for people to get out with friends and others. Why not attend your Chamber mixers and other events in San Clemente and San Juan Capistrano as well! It’s time for all of us to get back in the social-interaction game.