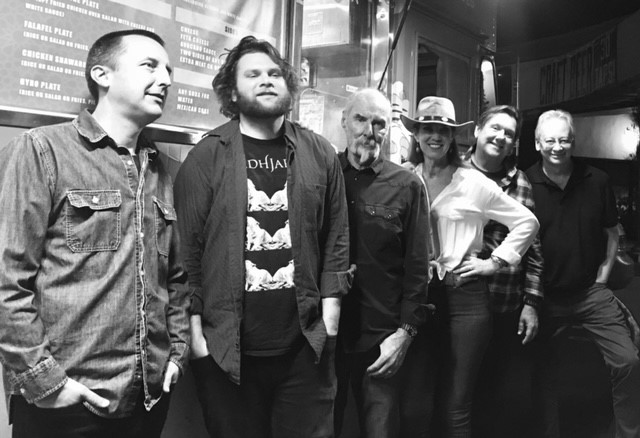 On Stage at The Coach House: Kids of Charlemagne

When Kids of Charlemagne played at The Coach House for the first time in April, it was to a sold-out crowd.

With that experience under their belt, the local Steely Dan tribute band is now set to return to the San Juan Capistrano venue on Nov. 11 for another show—just in time for the 50th anniversary of Steely Dan’s first album.

“That’s going to make it more special for us,” guitarist Bill Backal said.

Backal said that link just happened to come together. Kids of Charlemagne is planning to pull out all the stops to celebrate a half-century of their musical muse.

“We’re going to be playing at least one song from each of their albums,” Backal said.

Kids of Charlemagne is excited to return to The Coach House after being asked back, according to Backal. He called the invitation an “honor” and has seen his musical heroes perform at The Coach House.

“When you’re invited back, you almost feel like, gosh, you earned it,” Backal said. “That means we did something right the first time.”

Like other musicians who have performed at The Coach House, Backal noted the great atmosphere and sound system.

Playing in front of the sold-out show the first time was a rush, he said. Backal came prepared that night, as he had to use a spare guitar he brought when a string broke on his first guitar a minute into the show.

“When you’re playing at that level, you really have to stay focused,” Backal said. “We were happy we stepped off the stage after 90 minutes, and felt good.”

The Coach House gig, of course, will be different, because it requires a ticket—though Backal still expects their fans to follow.

“We can play in this big concert hall, and people still come to see us,” Backal said.

Steely Dan tends to bring out people from throughout Orange County, who are willing to drive so they can listen to live renditions of classic tunes, he said. Enthusiasts of Steely Dan are willing to see how well a band can play the songs, Backal said.

Kids of Charlemagne has great musicians who “lock in tight” when it comes to playing their instruments—a must since Steely Dan is one of the “most difficult pop bands to play,” Backal said.

One reason Backal attributes Kids of Charlemagne’s success is how the band members are constantly in tune with each other’s performances, which he thinks creates a better sound.

“The magic of our band is that we all really listen to each other,” Backal said.

What: Kids of Charlemagne