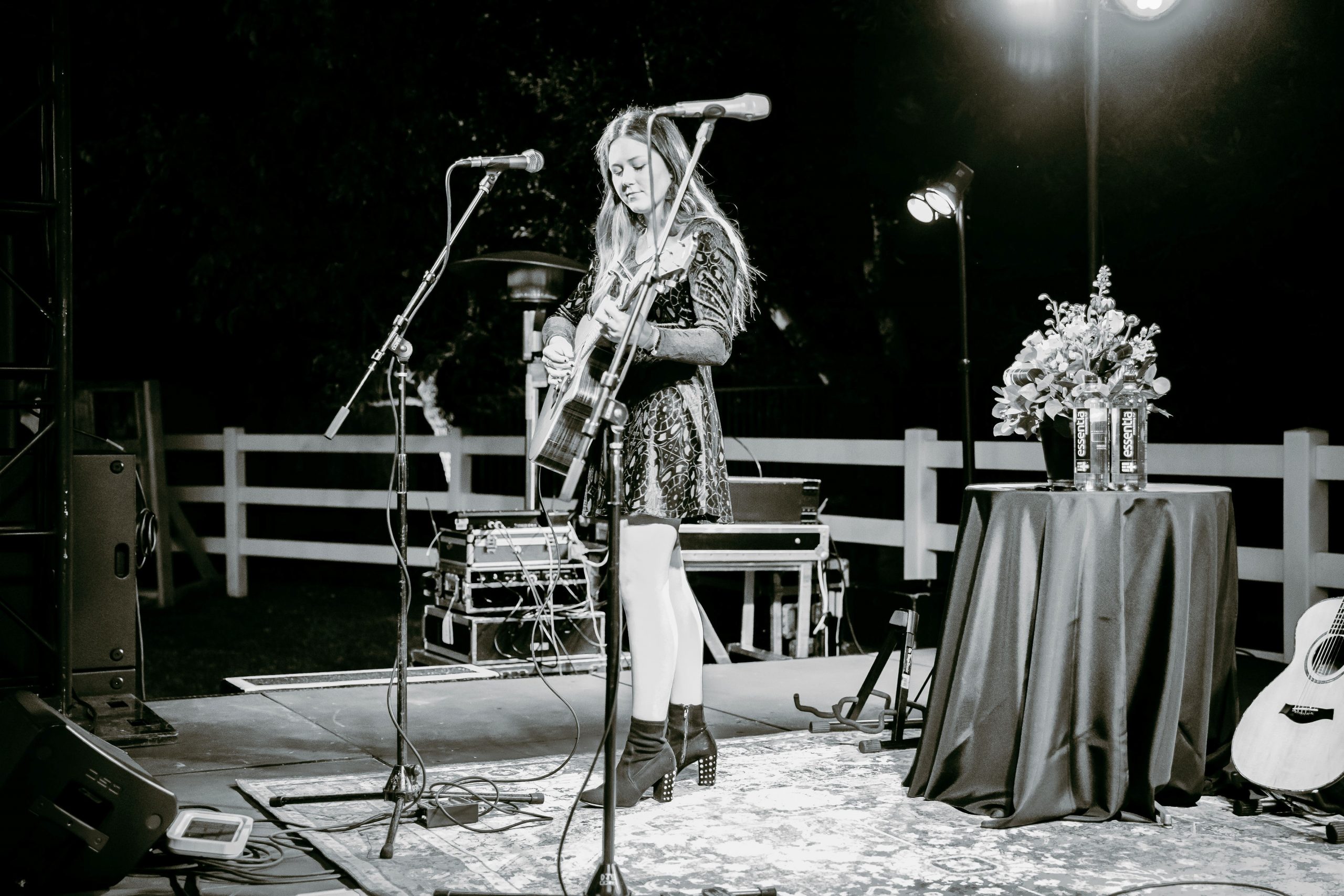 On Stage at the Coach House: Molly Bergman, Mad Dogs and the Englishman

South Orange County’s own Molly Bergman will be returning to The Coach House in late December, when she’ll open for the Joe Cocker tribute band Mad Dogs and the Englishman. The Dec. 29 show will mark the Dana Hills High alumna’s sixth performance at the San Juan Capistrano venue.

Because she grew up in an artistic family, it was no surprise that Bergman followed in her parents’ footsteps, aspiring to go into show business. Bergman’s mother, Rita Rudner, is a comedian, and her father, Martin Bergman, is a producer, director and writer.

“I’ve been singing and writing songs forever,” says the young Bergman, who graduated from Dana Hills in 2020.

Bergman’s interest in music began with piano. She started playing piano at 5 years old, studying classical piano. At 6 years old, Bergman picked up the guitar. After going to a Hannah Montana concert, she became obsessed.

“The next day, I woke up and I asked my parents if I could have a guitar; they very nicely said yes and got me guitar lessons,” Bergman says. “And then with that teacher, I kind of just started writing songs, and it’s been the same ever since.”

Bergman says she likes the storytelling, ballad-type songs that singer-songwriters such as Ed Sheeran and Taylor Swift write. She finds that she writes her own lyrics similarly.

She also has her dad to thank for her taste in older music.

“​​My dad has a big influence on my music tastes,” Bergman says. “When I grew up, he would always play The Beatles, or Joni Mitchell or James Taylor.”

She has opened for, among others, Jewel, Michael McDonald, Train, and Sammy Hagar & Rick Springfield.

Bergman is currently an undergraduate at the Frost School of Music at the University of Miami, majoring in Modern Artistic Development and Entrepreneurship, with a minor in Creative American Music. She’s looking forward to winter break and the opportunity to perform again.

“I’m very excited, because I’m out at university and all my classes are very difficult at the moment, and I don’t have as much time to perform out here, so I’m very excited to come back home and be able to do that again,” Bergman says.

What: Mad Dogs and the Englishman, with Molly Bergman as the opening act