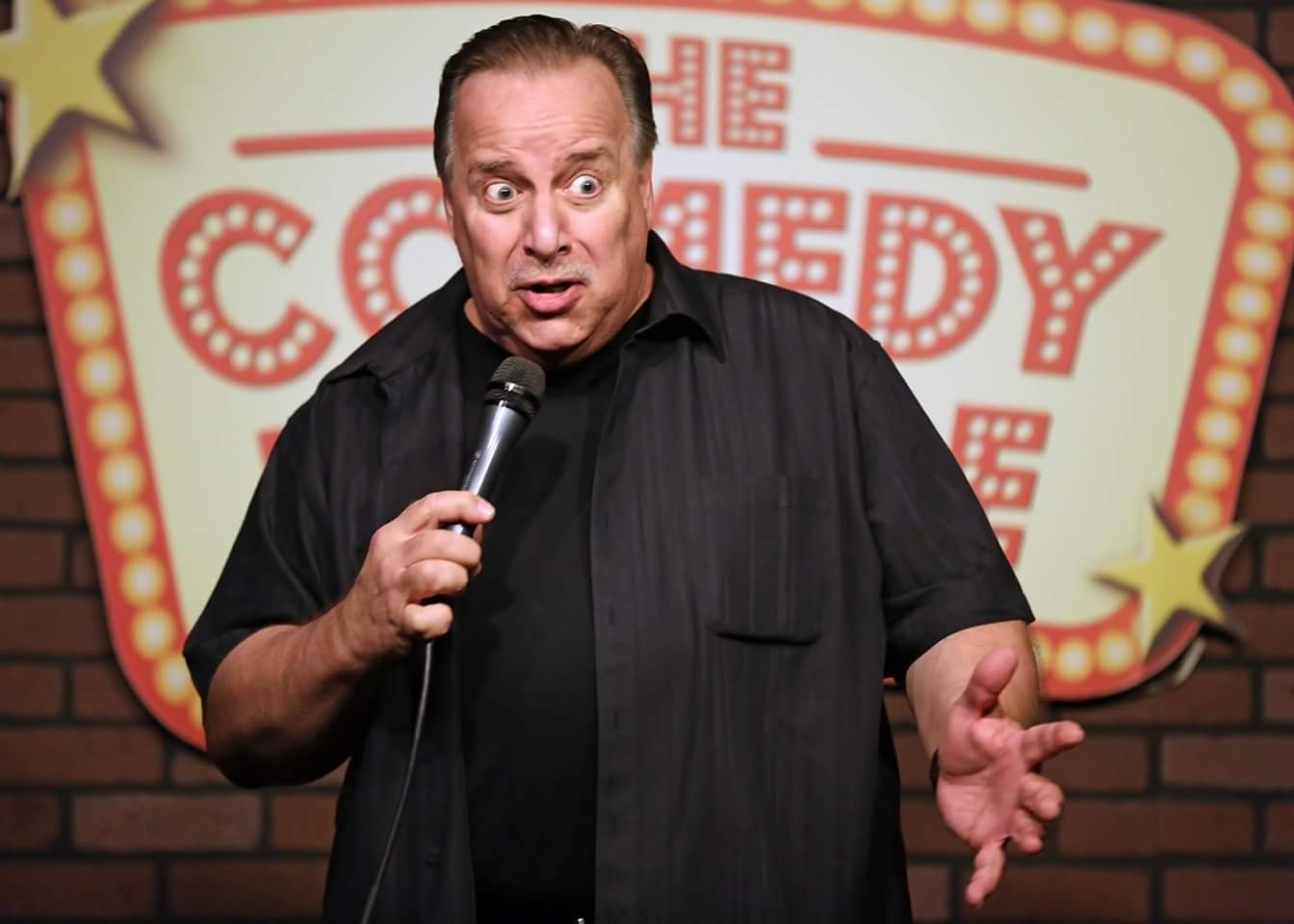 On Stage at the Coach House: Tony Calabrese and Jim Taylor

San Diego comedian Tony Calabrese, known as the Italian Godfather of Comedy, is returning to the Coach House on Wednesday, May 6.

Calabrese, a two-time bank president turned comedian, describes his humor as largely self-deprecating—true life observations of a middle-aged, married fat guy with three grandchildren. His comedic style is in the vein of performers like Rodney Dangerfield—utilizing animated body language and facial expressions to express his over-the-top take on life.

Calabrese has performed on stage over 3,000 times, with more than 20 shows at the Coach House. He performs regularly at The Comedy Store, The Comedy Palace, The Madhouse Comedy Club and other San Diego and Los Angeles venues.

“Getting laughs from strangers is an art form; it takes a long time to perfect,” Calabrese said. “There aren’t any shortcuts, you just have to practice.”

Local comedian Jim Taylor is producing and performing in the show as well. Taylor has had his own show at the Irvine Improv for the last three years, with shows off and on at the Coach House. He’s also the chairman for the Orange County Chapter of the American Foundation for Suicide Prevention, as well as a San Juan Capistrano Fiesta Association board member.

Taylor was voted the guy with the deepest voice in high school, but he said it wasn’t until much later in life that he began embracing his natural comedic style.

When you find your voice, you realize what you’re really passionate about,” Taylor said. “You’re not just a talking head, and the audience connects with you.”

Doors open at 6 p.m., and the show begins at 8 p.m. Tickets are $5. Taylor said the show will be PG-13 to R-light humor—funny not filthy, risqué not raunchy.

The Coach House is located at 33157 Camino Capistrano, San Juan Capistrano. For tickets or more information call 949.496.8930 or go to www.thecoachhouse.com.