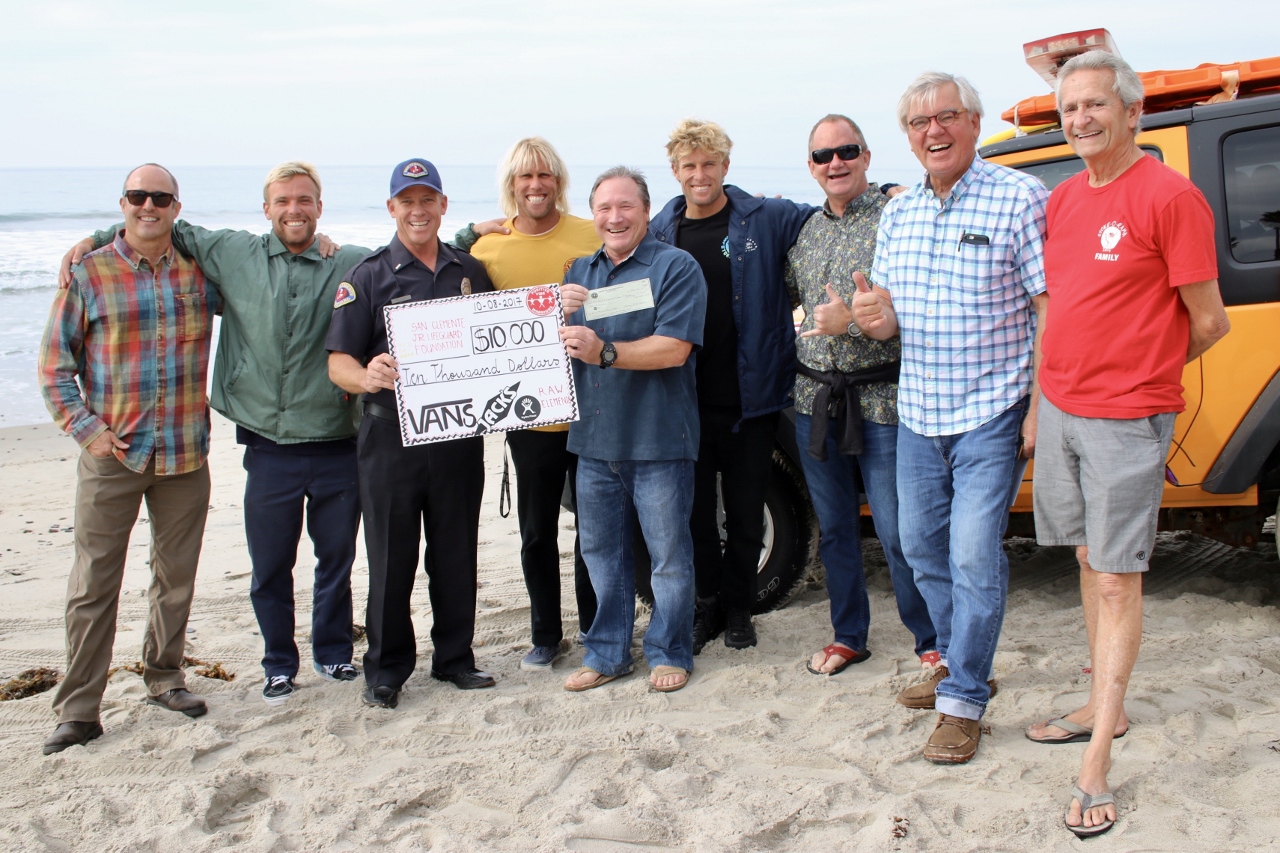 One Good Turn Deserves Another: Pat Gudauskas, Griffin Colapinto on to Championship Tour

Pat Gudauskas on tour and giving back to San Clemente

They say that nice guys finish last. Well, that isn’t exactly true. San Clemente’s Pat Gudauskas has been grinding away on the World Surf League’s (WSL) Qualifying Series for years, and now after a lot of hard work, a little luck and some serious karma points, he’ll join the best surfers in the world on the Championship Tour in 2018.

“I guess I know what I’m doing next year,” joked Gudauskas after hearing the good news.

Sitting on the WSL’s qualification bubble at the end of last year, Gudauskas finished the season ranked 14 on the Qualifying Series, just a hair away from earning himself a spot at the big dance next year.

“It was hard to come that close and not make it again,” said Gudauskas, who served a brief stint on the world tour earlier in his career before falling off in 2013.

Then, fate interceded. In a fierce semifinal heat at the Billabong Pipe Masters, Brazilian surfer Ian Gouveia lost to 2017 world champion John John Florence. It was enough to reshuffle the WSL rankings and get Gudauskas back on tour next year.

After falling off tour in 2013, Gudauskas has made several runs at getting back on the Championship Tour, but until just now has been unable to put all the pieces together.

Last year, a WSL headline read: “Patrick Gudauskas Doubles Down on a CT Comeback.” He finished the 2015 season ranked 29th. But this lap around the sun was different. He had a pretty successful campaign throughout the year and came into the 2017 Triple Crown of Surfing with an outside shot of making the Championship Tour.

The Hawaiian Pro at Haleiwa treated him alright, but didn’t deliver the result he needed. As it seems to happen with Californians in Hawaii, it came down to the World Cup of Surfing at Sunset Beach. Gudauskas made heats. He made it all the way to the semifinals alongside San Clemente compadre Kolohe Andino and Santa Barbara’s Conner Coffin. Gudauskas ended the season one place away from qualifying. Then, at the Pipe Masters, the final event of the Triple Crown, Gouveia lost to Florence and Gudauskas was back on.

The timing couldn’t have been better. With the holidays and end of the year at hand, using the proceeds from their annual Stoke-O-Rama kids contest at T-Street, the Gudauskas brothers made a $10,000 donation to the San Clemente Junior Lifeguard Foundation courtesy of their nonprofit group, the Positive Vibe Warriors Foundation.

“This is a super special day for us, to be back here where it all started for us, as junior lifeguards. We’re stoked to be able to give back to the next generation of San Clemente water safety,” said Dane Gudauskas.

2018 looks to be a huge year for our local scene. Besides Pat Gudauskas’s passion play, rapidly rising star Griffin Colapinto also made some history in Hawaii this year. The former Grom of the Week finished first on the WSL Qualifying Series and won the prestigious Triple Crown title. Colapinto is the first California surfer to ever win the Triple Crown title. He was able to lock in a runner-up finish at the Hawaiian Pro, then went on to make the final at the World Cup of Surfing, to take a commanding lead in the Triple Crown series. He’d never look back.

“I’m feeling incredible right now and it’s the best feeling ever,” said Colapinto after finding out he’d won the Triple Crown. “I was just looking at the names that have won the Triple Crown, just all the names on there are insane and to win after John John (Florence) won last year is amazing. I’m just really excited for next year and for Snapper and I think there will be a lot of energy there and to have my name on a jersey will be special.”

This year, San Clemente will see three local surfers on the Championship Tour in Colapinto, Gudauskas and veteran Kolohe Andino.