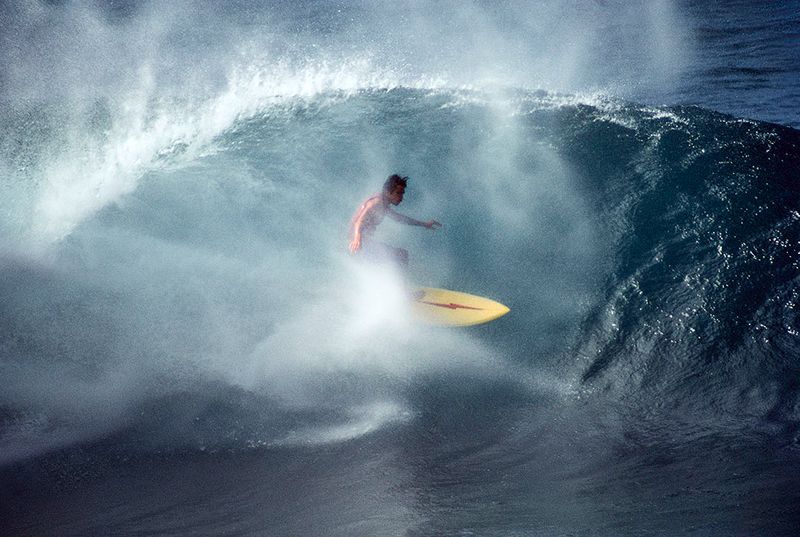 One Surfboard Design to Rule Them All

For a lot of surfers around here, when December rolls around, it means it’s time for the annual pilgrimage to Oahu’s famed North Shore.

I made my first trip there in 1999, bought a used 7’6” pintail off the rack at a shop in Haleiwa, paddled straight out at sunset and fell in love. For better or worse, I’ve been going back every year since—except this year.

I don’t have to tell you that 2020 is a different kind of a year. But this week, the World Surf League’s Championship Tour kicks off with the 50th running of the iconic Pipe Masters on Oahu and the Maui Pro at Honolua Bay.

And while there won’t be any fans on the beaches due to health and safety regulations, it is an important chapter in the grand story of surfing in Hawaii.

What’s interesting is that Pipe and Honolua are directly tied to the surfboards under your feet today.

Earlier this year, I had a long chat with original Pipe master Gerry Lopez, who pioneered barrel riding at the Banzai reef, also pushing the innovation of surfboard design at the same time over on Maui.

“Reno (Abellira) and I both bought Clark reject blanks from Fred Swartz at Surfline Hawaii, and we flew over to Maui, landed in Kahului and hitchhiked to Lahaina, where Dick Brewer was shaping at the time under his label Lahaina Surf Designs—L.S.D.,” Lopez explained about his fateful trip during the winter of 1967 and ’68.

“Reno got his board shaped. It was a refined Pipeliner gun—a 9’6”. That’s basically what I wanted,” he continued. “Every day, Brewer would put off shaping mine until more than a week went by. Finally, he goes, ‘OK, we’ll do it.’ ”

As Lopez tells it, he was waiting around for Brewer to show up to his shaping shack when an all-star group of Aussies, including Nat Young, Russell Hughs, John and Paul Witzig and shaper Bob McTavish, as well as American freethinker George Greenough, showed up on the scene. They were on a mission to test themselves at Honolua.

While the surfers chatted about the conditions and what was happening in the small microcosm that was the surfing universe at the time, the two shapers, Brewer and McTavish, got into a discussion of their own.

“Brewer and McTavish smoke a joint and start talking about surfboard design,” Lopez continued. “They’re looking at all the boards and talking. After about an hour, those other guys wanted to go surfing, so finally they pried McTavish away and off they went.

Mind you, up until this point, everyone was riding longboards or big-wave guns. But Brewer and Lopez were about to turn things on their head. From Brewer’s “idea,” the shortboard was born. The board turned out to be an 8’6” that “was really a beautiful board, but it was just different. Super different.”

The shape got some odd looks, but when Lopez encouraged his friends to give it a try, they quickly realized the magnitude of the innovation.

“Every single board was different than the one before it,” Lopez said. “Brewer and (Mike) Diffenderfer were good enough shapers to make the same thing time and time again, but the rest of us, every board was just an experiment. You’d just have at it and go out and see how it rides. Some rode better than others. Some didn’t work at all.”

Over the next several years, the experimentation would continue until, by about 1970, the design had been refined and became the go-to board for charging big Pipeline. The innovation eventually found its way from the North Shore to breaks around the world, affectionately known as the “Shortboard Revolution.”

And, as they say, things would never be the same again.