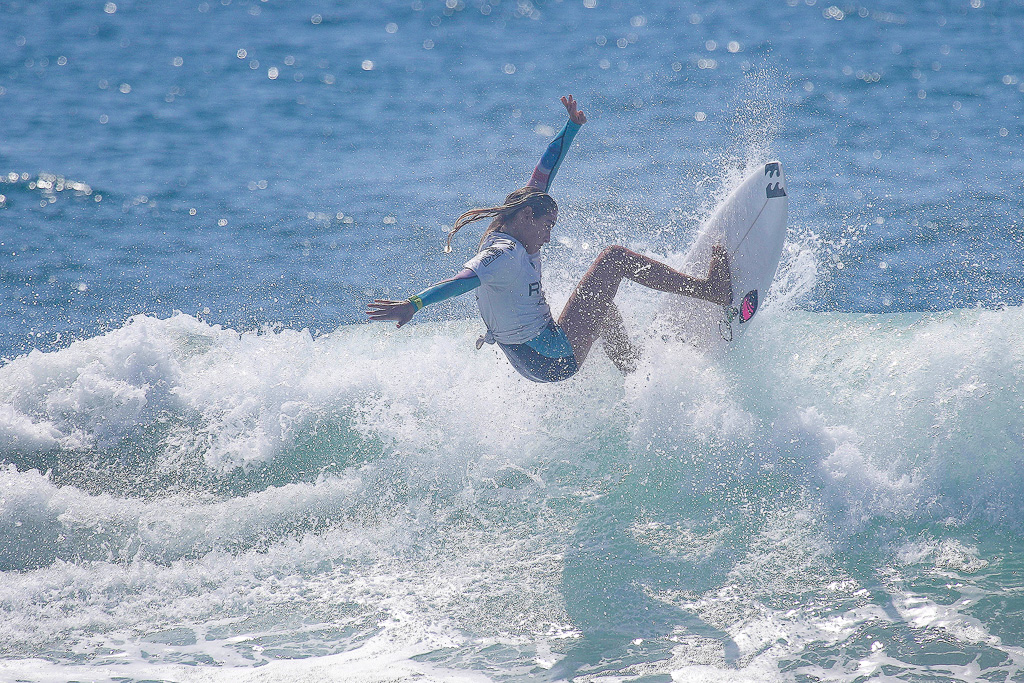 It wasn’t a big weekend for surf, but it was a big weekend for inspired performances, as San Clemente’s Samantha Sibley earned her first World Surf League (WSL) victory at the inaugural RVCA Pro Junior in Newport Beach.

Facing fellow Lowers regular Kirra Pinkerton as well as Tiare Thompson and Makena Burke in the final, Sibley was sitting in fourth place with only 3 minutes left on the clock when she dug deep and found the wave she needed. Ripping her way to the inside, the judges awarded her a 7.43 for the effort to shoot from last to first and win the contest.

“It’s so insane, and I’m so excited to have this extra opportunity here, and I can’t believe it,” Sibley said afterward. “I’ve been working hard, and I’m glad to see it paid off like this. The waves were so fun, and the girls were surfing so well, this means a lot to me.”

“I’m so stoked for Sam; she worked really hard for it, and we’ve both surfed here a lot growing up, so it’s great to see this event happen at the pro junior level,” Pinkerton said. “I’ll just have to focus on putting two waves together in a heat and work on wave selection in the next one.”

The next North America Pro Junior contest will be the Live Like Zander Junior Pro in Memory of Zander Venezia at Soup Bowl in Bathsheba, Barbados, from Nov. 6-11. Pinkerton doesn’t have to go to hold onto her title, but she may show up just for the experience.

“Knowing I got the title here feels so good, and I might still do Barbados anyway, but now I don’t have to wait to the last minute of a heat of the last contest, which is amazing,” said Pinkerton. “This year has been so crazy good, and I’m just so thankful. All these events are super fun, but they’re so hard, and this is the best feeling ever.”

On the men’s side, Tyler Gunter came away with the win, while San Clemente’s Cole Houshmand finished third.