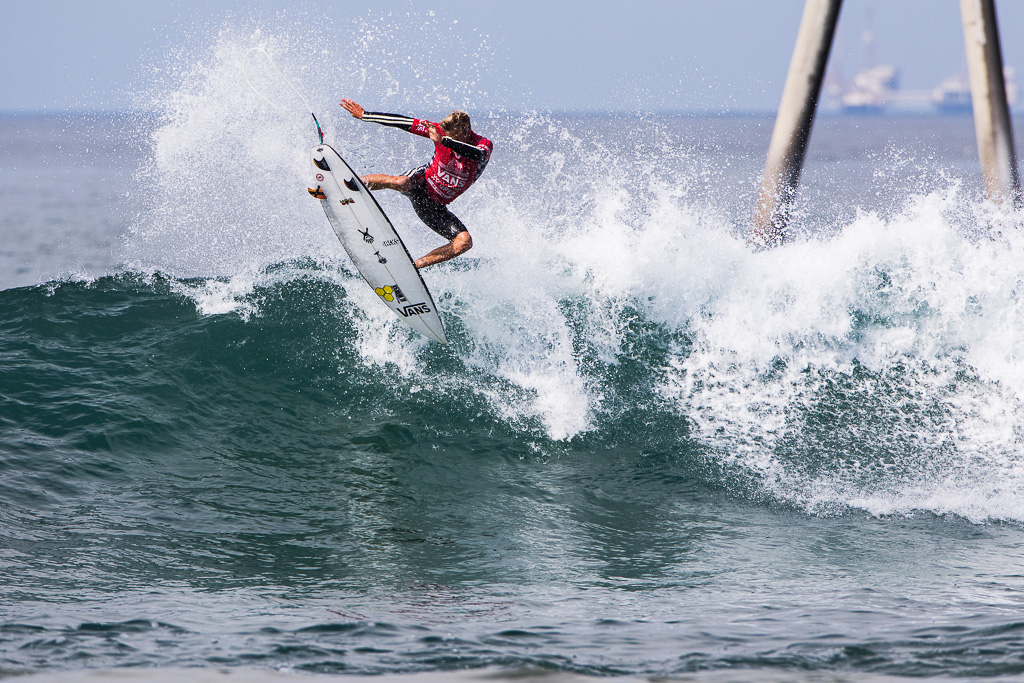 It’s that time again. The U.S. Open of Surfing is here. Kicking off in Huntington Beach this Saturday, July 28, 2018’s incarnation of the “biggest show in surf” has a little something for everyone.

Getting the party started right, San Clemente’s Pat, Dane and Tanner Gudauskas will host their Stoke-O-Rama kids surf contest on Saturday on the south side of the iconic Huntington Beach Pier. Open only to Huntington Beach residents, it’s a precursor to the San Clemente Stoke-O-Rama the boys are planning for T-Street this September and should be an epic day for the local groms. A fun, irreverent opportunity for kids to get in the water, hang with a few of their heroes and get stoked, it’s a fitting way to get the Open underway.

The Gudauskas brothers will premiere their new documentary film titled Can’t Steal Our Vibe. Detailing their stunning surfboard drive that saw beach communities around the U.S. contribute more than 750 boards to kids in need in Africa, it’s a behind-the-scenes look at how transformative the endeavor has been. The film will screen at the U.S. Open Amphitheater at 7 p.m. on Saturday, July 28, and again on Tuesday, July 31.

“It wasn’t always about the jerseys for my brothers and I,” Pat said. “As we grew older in professional surfing, it became apparent to us that we had the platform and ability to help other people. It’s so important to us to represent surfing in a way that promotes positivity and community. To have this influence on (surfing’s) future is so empowering, and to see this surf passion come to life on all levels at the U.S. Open is exactly what makes the event so unique.”

Unfortunately, while we’re getting pounded by a healthy south swell this week, Surfline’s long-range surf forecast for the Open is calling for surf in the knee- to waist-high range throughout the contest. There’s potential for a small uptick in south swell for the last three days, but it’s not going to be firing by any stretch of the imagination.

The men’s event is considered a Qualifying Series contest, but for the women there are world title-implications. The women’s contest is the seventh stop on the Championship Tour. Currently, Australian Stephanie Gilmore leads the race and is gunning for a record-tying seventh world title. Hot on her heels is Santa Barbara’s Lakey Peterson, who has ambitions of becoming the first Californian to win a world title since Tom Curren back in 1990. Interestingly, the Open is one of the contests that launched Curren’s competitive career in the early ’80s.

This year also marks the first-ever women’s Vans Duct Tape Invitational. A specialty longboard contest, it will feature 16 women from around the world, including south Orange County’s Tory Gilkerson and Karina Rozunko.

“There are so many young girls now who surf so incredibly well,” Rozunko told SURFER Magazine earlier this year. “They’re so excited about it, and I feel like they have such a great future ahead of them, and I want to help them however I can…I want to be that positive influence on the next generation.”

And when it comes to inspiring generations, San Clemente’s Herbie Fletcher will be one of three surfers honored at the annual Surfers’ Hall of Fame in front of Huntington Surf and Sport. He’ll join Hawaiian surfer/shaper/coach/mentor Ben Aipa and Huntington all-star Brett Simpson at the induction ceremony on Friday, Aug. 3, at 9 a.m.

Herbie is responsible for a number of advancements in the sport of surfing, including using a jet ski in massive Hawaiian waves, launching the first surfboard traction company, AstroDeck, as well as producing the seminal Wave Warriors video series. His sons, Christian and Nathan, are among two of the most progressive innovators the sport has ever had the privilege of knowing.

“As a husband and soulmate, I knew the moment I met him on the beach at Makaha when I was 13, he had the greatest imagination. It hasn’t been easy living a life going against the grain, it’s been fantastic,” said Herbie’s wife Dibi, who is the daughter of surf industry icon Walter Hoffman and sister to two-time World Champion Joyce Hoffman.

Surf action. Surf culture. Surf history. It’s all happening this year in Huntington Beach. The U.S. Open of Surfing runs from July 28 through Aug. 5. Should you find your way up PCH to enjoy the show, remember three things: water, sunscreen and get there early if you want to get a decent parking place.