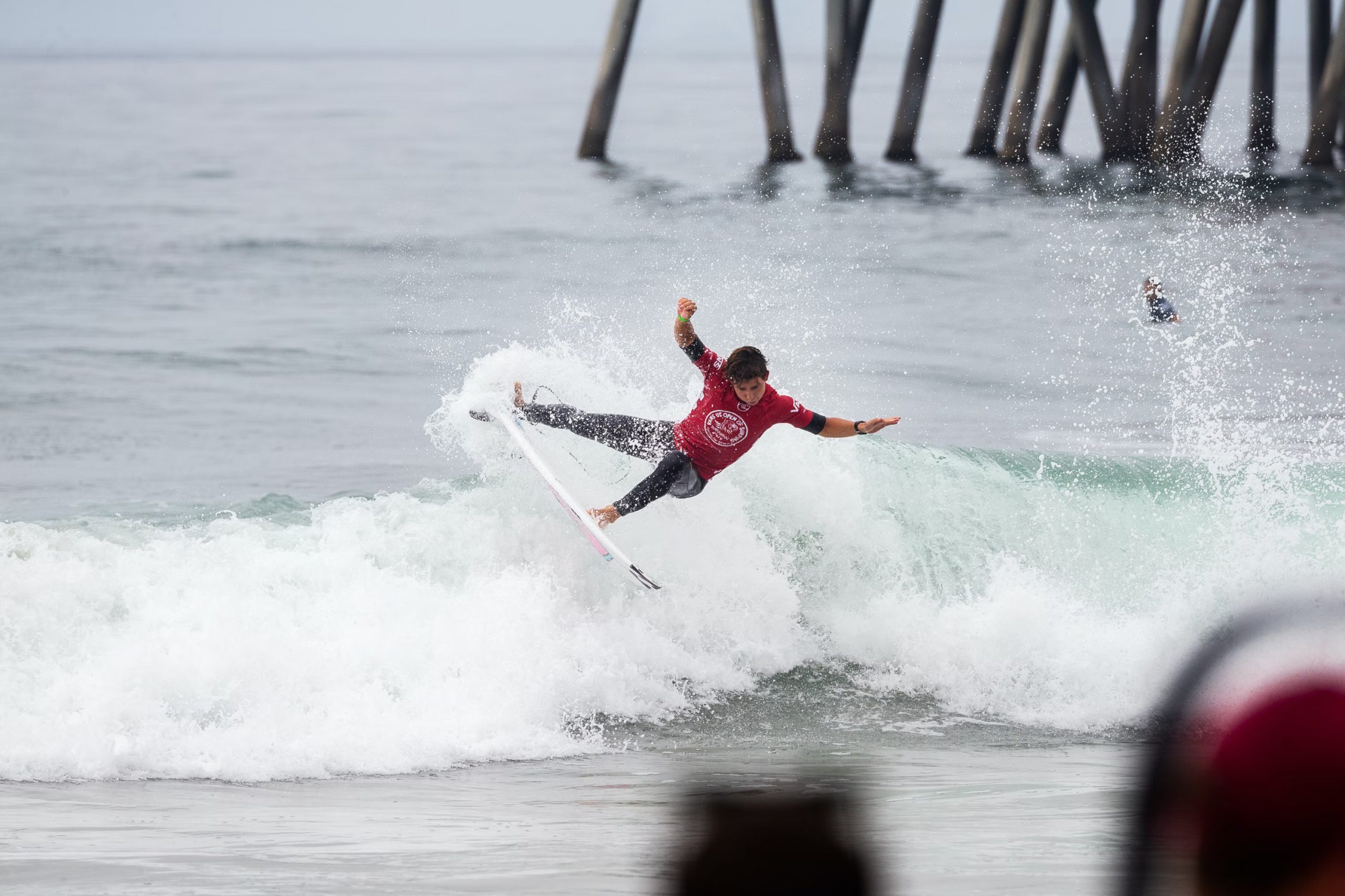 You know we’ve reached peak summer when the Vans U.S. Open of Surfing rolls around.

After a run of bombing Southern Hemisphere energy hammered the coast last week, now it’s time to look forward and see what one of the biggest surf events of the year has in store for us.

The big local story percolating up from this year’s Open, running from July 30 through Aug. 7, is San Clemente’s Griffin Colapinto and his quest to go back-to-back in Surf City. The Open’s been an event that Colapinto has shined in over the years, but he went next-level in 2021 to top the podium.

“This is the biggest win of my career,” Colapinto said at the time.

That was then, and this is now. Colapinto has since notched two WSL Championship Tour wins this season, is currently ranked fifth in the world and has a strong shot at competing for the 2022 world title this September at the Rip Curl WSL Finals at Lower Trestles.

As of press time, Colapinto was seeded third in the U.S. Open draw behind top-seeded Kanoa Igarashi, who grew up in Huntington Beach and has won the U.S. Open twice, and behind 2019 world champ Italo Ferreira, who’s been thriving on locally shaped Timmy Patterson boards for most of his career.

Also, up there near the top of the draw is Kolohe Andino. The San Clemente icon’s best result of the 2022 season came at the MEO Pro Portugal, where he made the quarterfinals but was ultimately upended by his buddy Colapinto.

Other local talent to keep an eye on are Kei Kobayashi, Cole Houshmand, Kade Matson and Jett Schilling, all of whom could be huge spoilers for the top-level guys. All four of those surfers are one big result away from breaking away from the pack and stepping onto the international stage.

On the women’s side of the draw, San Clemente resident Caroline Marks will lead the charge as the No. 2 seed. Teen phenom Caity Simmers, who’s from just down the road in Oceanside, exploded onto the scene last year when she won the event at 15 years old.

Over the past year, she’s only been getting better and is going to be tough to beat in the beach break conditions that are very similar to the waves she has grown up surfing.

“I don’t really have much to say other than I’m really happy and stoked everything went my way,” Simmers shared after her 2021 win.

Other next-generation local stars to follow are Sawyer Lindblad and Kirra Pinkerton. Both young women are keen to shake up the establishment and take their surfing to the next level. Rounding out the women’s draw are San Clemente favorites Samantha Sibley and Tia Blanco.

The Vans Duct Tape Invitational will be showcasing the top longboard talent in the world. San Juan Capistrano’s Kevin Skvarna is currently in the draw, as is Rachel Tilly, who was the youngest-ever world champ when she won the title at 17 years old.

Of course, it’s the U.S. Open, and there’s no shortage of other entertainment going down during the week. There will also be a full schedule of skate and BMX events scheduled throughout the week.

Over the past few years, Vans has done an amazing job making the U.S. Open a core, family-friendly event. So, find your favorite surfer on the schedule and cruise up Pacific Coast Highway and soak in the sun and good times.

For a full schedule and more info, check out vansusopenofsurfing.com.