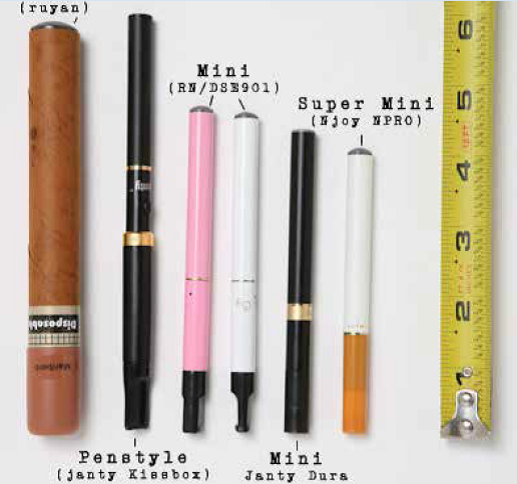 The American Lung Association (ALA) on Wednesday, Jan. 30 released its annual report card grading states and cities across the nation on their policies to reduce tobacco use.

The annual State of Tobacco Control 2019 report placed California among the top states in the nation for having policies in place combating the use of tobacco.

“California continues to be a nationwide leader in the fight for clean air and healthy lungs,” the report states. “Hundreds of millions of dollars each year are going to better the lives of Californians by funding strong tobacco control and prevention programs.”

As a state, California received high marks in several categories, including an A for “Smoke-free Air Policies” and a B for “Coverage and Access to Services to Quit Tobacco.” However, several cities in Orange County didn’t do so well.

Out of the 34 cities and unincorporated territory in Orange County, only five received a grade of D or higher, the report showed. Dana Point received an overall D grade, while the cities of Laguna Beach, Laguna Hills, Laguna Woods and Santa Ana were given Cs.

The ALA grades each city and county based on three sets of policy criteria: smoke-free outdoor air, smoke-free housing and reducing sales of tobacco production. In each category, the ALA scores the cities on the smoking restrictions and ordinances they’ve put in place.

In the smoke-free outdoor air category, the ALA looks at whether cities have enacted policies to ban smoking in outdoor dining, recreation and service areas, as well as entryways public events, sidewalks and worksites.

For smoke-free housing, the ALA similarly looks for laws and ordinances cities may have enacted to prohibit smoking in apartments and condos. And in the section of reducing the sale of tobacco products, the cities are scored based on the strength of their tobacco licensing laws.

One policy area the Lung Association is hoping Orange County cities expand on is an ordinance to establish smoke-free spaces in multi-unit housing, said Ravi Choudhuri, advocacy manager for the ALA.

With the exception of Laguna Beach, Laguna Hills and Laguna Woods, cities throughout Orange County scored zeros in the smoke-free housing category.

“No city in Orange County has really touched on it,” he said, adding that “it’s a tough issue and needs to be talked about among the communities a lot more.”

“We’re looking for leaders in Orange County to take on that mantle,” he said.

Cities such as San Juan Capistrano, Rancho Santa Margarita, Villa Park, Yorba Linda and a few others scored straight zeros across all categories.

In San Clemente, the ALA gave the city a D for the smoke-free outdoor air category, as the city earned three points for banning smoking in recreation areas such as public parks and parking lots. The city of San Clemente, however, received Fs in the other two categories.

Dana Pont’s overall grade improvement can be attributed to its city council passing a city-wide ordinance last year, banning smoking in several public areas such as sidewalks, alleys and in parking lots. The ordinance identified smoking as a “public nuisance.”

The biggest takeaway from the latest report, Choudhuri said, is that more California communities are starting to take a stance against tobacco use and taking issue with newer devices such as e-cigarettes and vape pens.

“We’re seeing more and more cities see that (smoking is) an issue,” he said. “Especially with the rampant use of e-cigarettes and vapes … it’s a normal thing for high schools to see now and witness within high school, and that’s not right.”