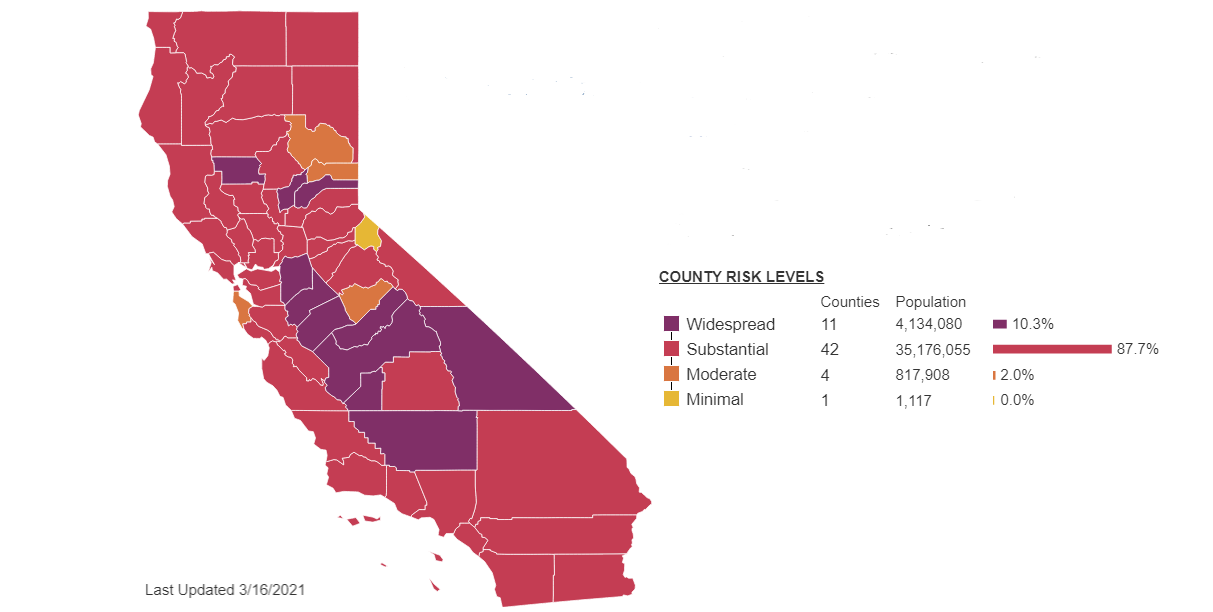 Orange County Could Move to Orange Tier in April

As of this post, Orange County sits in the red tier of the state’s four-tier COVID-19 metric monitoring system.

The county could move down to the less restrictive orange “moderate” tier at some point in April if cases continue dropping and vaccinations keep increasing, as Orange County Fifth District Supervisor Lisa Bartlett said last week.

Counties must remain in a tier for at least three weeks and meet the next tier’s criteria for two consecutive weeks before moving to a less restrictive tier, according to state guidelines. Orange County entered the red “substantial” tier on March 14 after previously being in the purple “widespread” tier—the most restrictive of the tiers.

Among the orange tier’s guidelines are museums, zoos, and aquariums being able to open indoors at 50% capacity, indoor pools being able to open at fitness centers and hotels, and some indoor family entertainment center activities at limited capacity.

Currently under the red tier, some limited capacity indoor operations are permitted for restaurants, gyms, and movie theaters. The move to orange from red essentially allows the return of more indoor activities and business operations.

On the vaccine front, the state reported it had administered over 15 million vaccine doses, with 1,222,579 in Orange County as of Tuesday–an increase by 185,505 from a week ago.