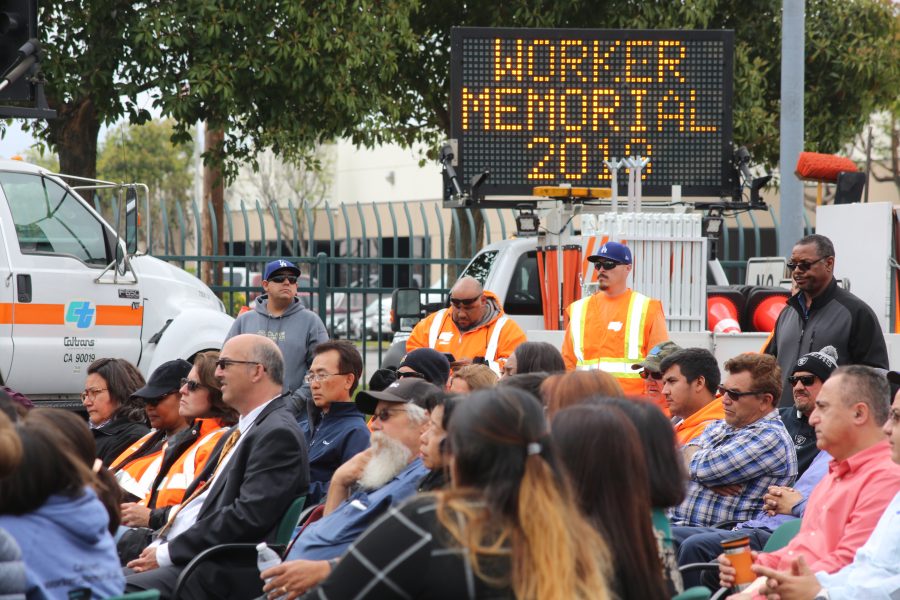 Caltrans District 12 in Orange County held its annual Workers Memorial Ceremony on May 8 at the Batavia Maintenance Station in the city of Orange.

The event paid tribute to employees who have lost their lives building, maintaining and operating California’s transportation system. Nearly 200 Caltrans workers have died on the job since 1921.

“We mourn all of these losses and honor their service,” said Caltrans Director Laurie Berman. Berman spoke at the ceremony, as did other officials from Caltrans and California Highway Patrol.

To make work zones safer, Caltrans is rolling out three new safety initiatives. They include reducing work-zone speeds, allowing more space between workers and traffic, and expanding work windows to give work crews more flexibility to work safely and get projects done faster.