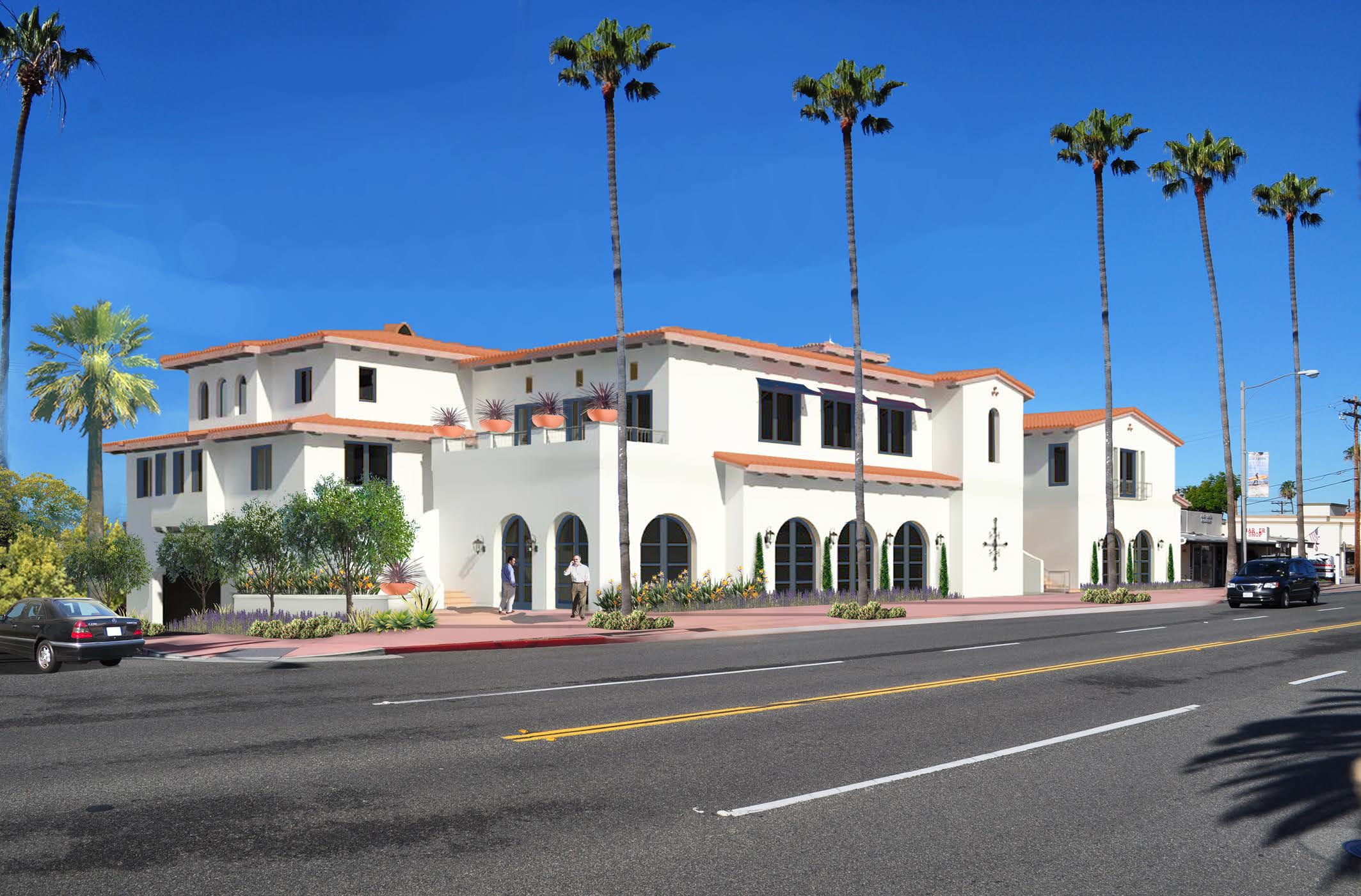 Community members have been curious as to what’s going to happen to the land at 1010 S. El Camino Real for some time. The lot, across the street from Ralphs,

is completely empty, except for some story poles that measure what could be the future site of a 4,400-square-foot complex for small commercial retail and residential units.

During the July 22 San Clemente Planning Commission Meeting, developer Nick Buchanan, the president of Cape Point Development, sought a decision from commissioners to either approve or deny permitting for the project and a recommendation for a zoning amendment to be considered by City Council.

Because of legislative hindrances as well as considerations of ocean visibility, commissioners decided to continue the discussion on the project until the Sept. 2 meeting.

Should the commission deny the project, Cape Point Development can appeal to the City Council.

“This is a project we’ve been talking about for a while,” Buchanan said during the meeting. “I bought this project in 2013. I’ve made a number of changes to address some concerns … about the project.”

The type of retail business the project could attract would be restaurants and offices. The project also might come with a shared parking agreement, he added.

The city of San Clemente’s General Plan, which was adopted in February, encourages the development of mixed-use buildings. However, some of the specifics of the mixed-use zoning ordinance are still being discussed by staff, City Council and the Planning Commission.

Buchanan has proposed the project would exceed the standards that were set by the new requirements of the General Plan.

“I would like to see other development down there,” Buchanan said.

Commissioner Zhen Wu said he would like to see the building to be constructed 2 feet shorter in height than what has been proposed, but Buchanan said that could hinder parking capabilities. Also, it would mean the project would lose two rooms due to space constraints. The original project was planned to be 45 feet tall, but Cape Point lowered the height to 35 feet.

Other commissioners said they did think the project would be good for the area, but without the mixed-used zoning ordinance cemented and in compliance, they could not push the recommendation forward to City Council just yet.

Six people, including the attorney giving legal counsel to Cape Point, spoke in favor of the project during the public comment portion of the July 22 meeting. Zachary Gilmore, an area resident, said he likes the project and appreciates the efforts of Buchanan and Cape Point, but he said he would like the structure to be smaller.

Richard Price said he has garnered 52 petition signatures in favor of the project.

The proposed project is not within a coastal land designation and does not have to be reviewed by the California Coastal Commission, Planning Commissioners said.

Background documents on the project can be found at www.san-clemente.org.