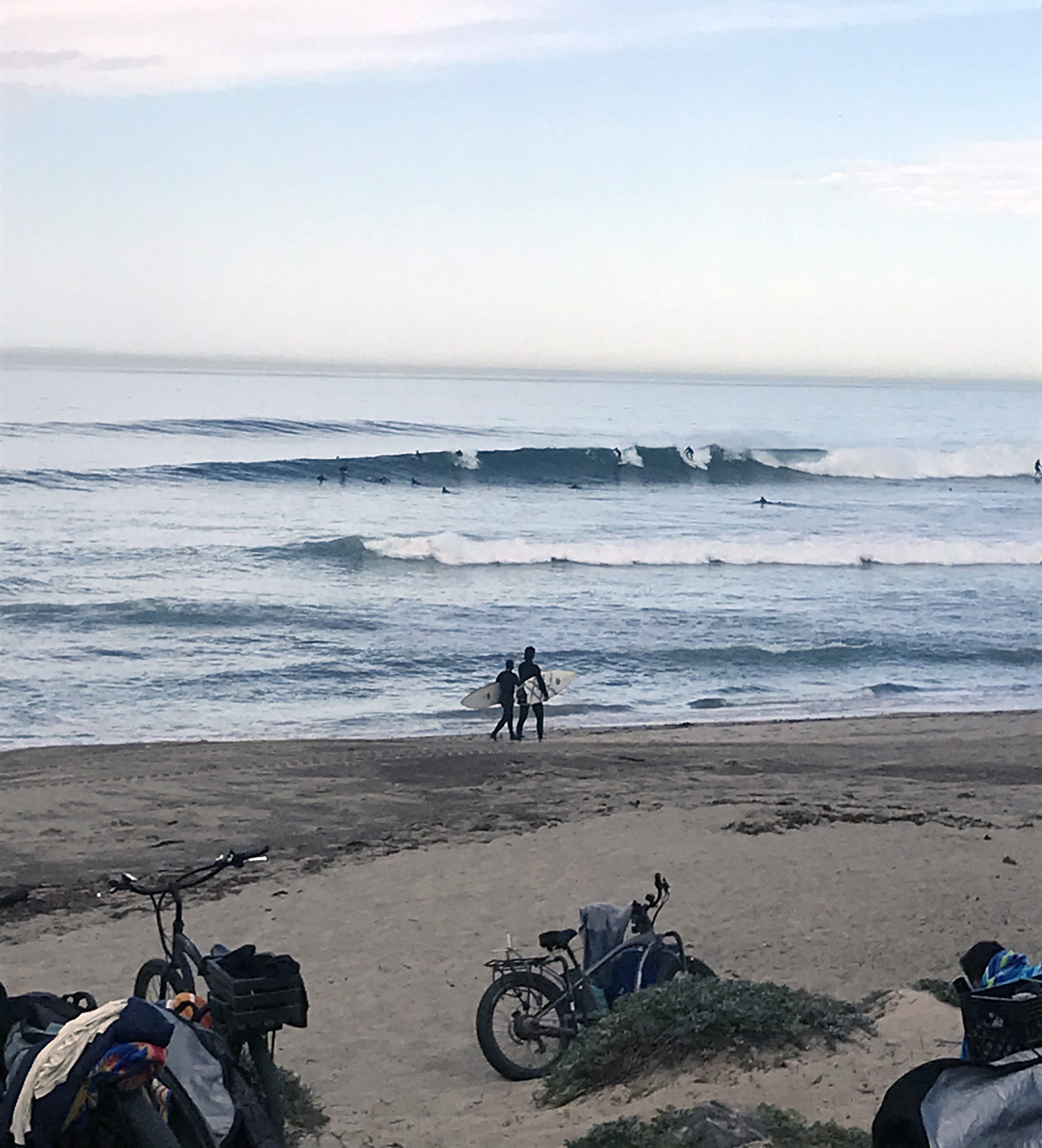 Our Beaches and Pandemic Pollution Problem

After a busy weekend of warm weather and good surf, a walk down the Beach Trail in San Clemente reveals discarded face masks left on the trail, on the sand, in gutters on the street and, more than likely, floating around out there in the water.

So, after a year of the pandemic life, how are our beaches really doing? With reduced crowds, lack of large gatherings and less tourism, one would assume sensitive environmental areas have had the opportunity to bounce back, and, ultimately, there’d be less trash on the beaches.

But then there’s the whole mask thing, as well as an uptick in the usage of plastic for packaging and take-out dining. The point here isn’t to digress into the political hot potato of mask wearing; rather, to look at the real effects that personal protective equipment (PPE) have had on the beaches.

Earlier this month, the San Clemente-based Surfrider Foundation released the results of a study they conducted on the effects of COVID-19 on our beaches. The results are fascinating, telling and sad.

“Despite a nearly 91% decrease in the number of volunteers doing cleanups, Surfrider was able to host 900 cleanups—only 39 less than the previous year,” reports Surfrider. “This year’s dataset showed an average of 58.98 items collected per person, compared to 14.97 in last year’s dataset. This means that despite having fewer volunteers collecting less items in total, each volunteer collected nearly four times more items than the previous year.

“Yet, in spite of more hours spent doing cleanups and covering more area than the year before, the COVID-19 pandemic led to an almost 63% decrease in the number of overall items collected during cleanups.”

So, while the number of cleanups around the country didn’t drop off too severely, the amount of waste being removed from beaches decreased considerably. But how much of that was a result of pre-existing problems, and how much of that came from new sources, such as PPE?

In June 2020, Surfrider added PPE information to its database to measure the impact it was having on beaches.

“This past, year PPE made up 1.84% of all items collected. While it may not seem like much, that is about the same percentage that plastic straws made up in the previous year—and they were the tenth-most commonly collected item,” reports Surfrider.

And speaking of plastic straws, Surfrider has also been a prime mover behind legislation in Washington, D.C. that could potentially curtail how much plastic waste lands on our beaches.

Called the “Break Free from Plastic Pollution Act,” the federal bill seeks to “incorporate a multitude of requirements for plastic producers, single-use plastic bans and restrictions on waste disposal.”

Currently being shepherded through the process by Sen. Mark Udall and Rep. Alan Lowenthal, Surfrider has signed onto the legislation and claims “it would be a huge step in the fight against the plastic pollution crisis.” Another 55 environmental groups have also signed on in support.

“Citizen scientists are working harder and simply cannot keep up with the amount of trash ending up in the environment,” Surfrider reports. “We need to stop plastic pollution at the source.”