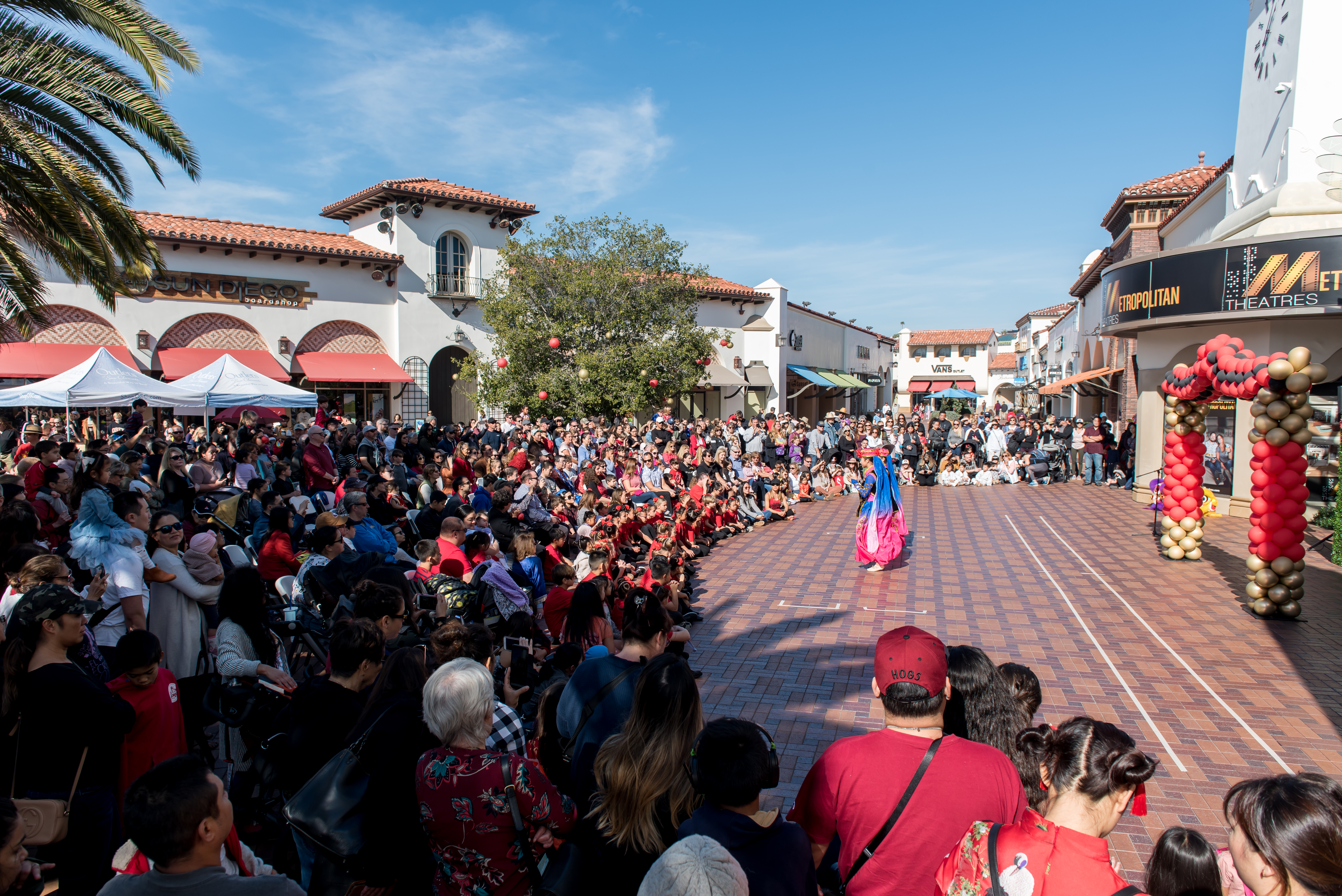 South County families gathered at the Outlets at San Clemente on Jan. 25 for the shopping center’s fifth annual Lunar New Year Celebration, which featured performances from a handful of local organizations.

Among the groups participating in the celebration were the Irvine Chinese School, student ambassadors from Capistrano Unified School District’s Mandarin Immersion Program based in Laguna Niguel, and the Three Treasures Cultural Arts Society based in San Diego.

As part of the celebration, the Outlets hosted a weeklong Red Envelope Giveaway through Sunday, Feb. 2. The giveaway included special offers, deals from retailers and a chance to win a $108 Outlets at San Clemente gift card, redeemable at the centers’ stores and restaurants.

Red envelopes are gifts presented at social and family gatherings during holidays such as Chinese New Year, according to the center. The red color of the envelope symbolizes good luck in Chinese culture and is believed to ward off evil spirits.