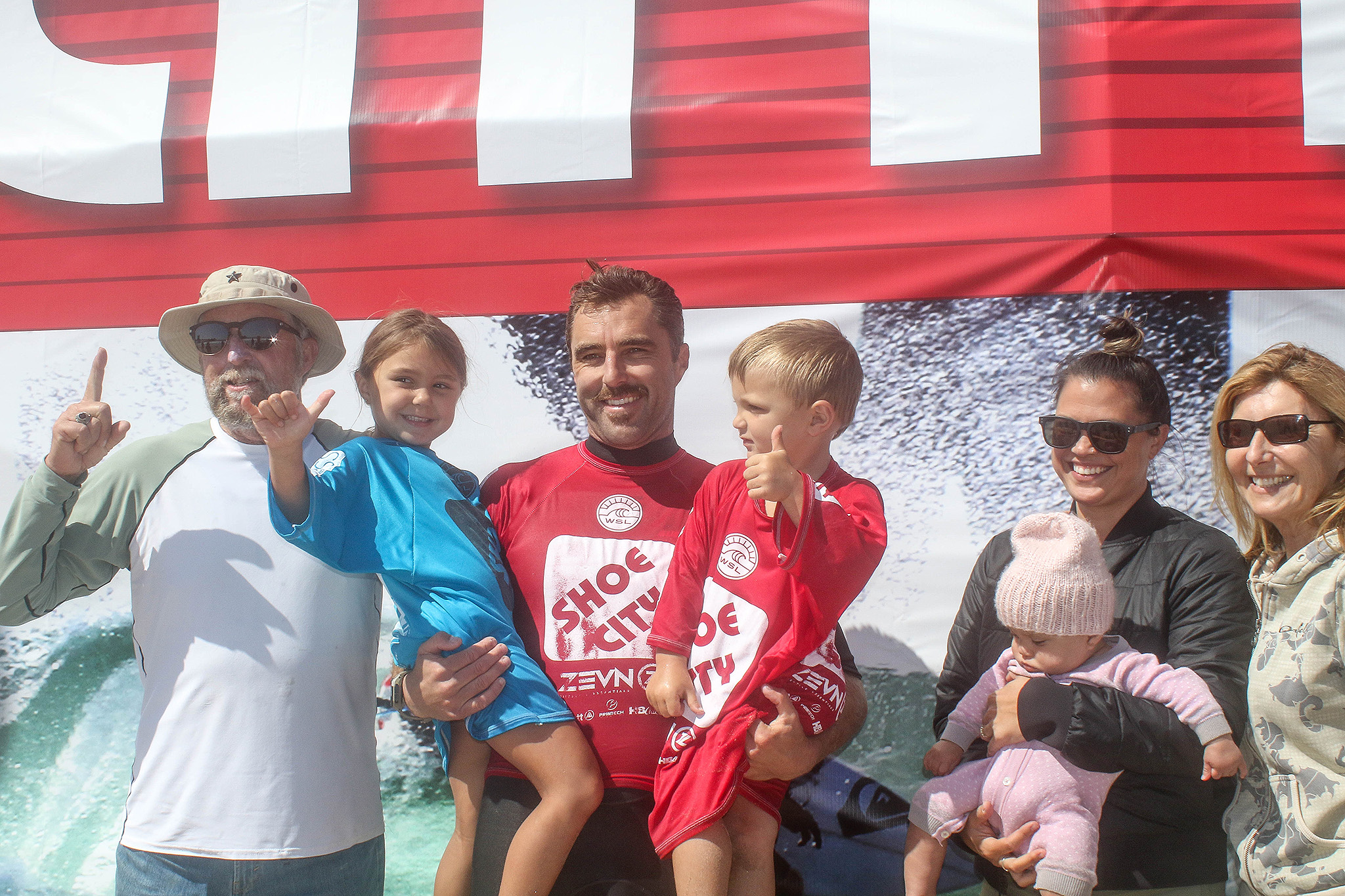 They say it’s the ability to overcome adversity that makes a man. Nate Yeomans knows this firsthand. The 36-year-old San Clemente surfer has had ups and downs throughout his professional career, but in 2017 he was forced to confront something much more serious than winning or losing a heat.

“It was radical; my wife almost didn’t make it and our daughter was in the hospital for a few months,” said Yeomans, whose wife endured complications during the premature birth of their daughter. “You don’t take anything for granted. Even the average days are a blessing after going through hardship like that.”

Embracing the light, Yeomans has enjoyed a newfound passion for surfing which culminated in a victory at the Shoe City Pro in Huntington Beach over the weekend.

“It always feels good to make a final, but to win one is just epic,” Yeomans said. “It’s so cool to have an event right here at home and push myself.”

En route to the top of the podium, Yeomans out-surfed fellow San Clemente surfer Kevin Schultz in the semifinals and spry 19-year-old Hawaiian Elijah Fox in the final.

“If I was going to lose to anyone, I’m okay with it being Nate,” smiled Schultz after the contest. For the effort, Schultz now leads the WSL North American Qualifying Series rankings.

“I’m psyched to take over that regional top spot, but we still have Acapulco next month and a few more this year so we’ll see how it all goes,” Yeomans said. “This is a huge momentum-builder, and now I’m just hoping to get into the U.S. Open and put it to some of the world’s best. I’d like to take down the North America QS title as well. I know it takes a lot, but a win never hurts the cause. I just really want to do what it takes to get into that top 100 again and give it my all.”