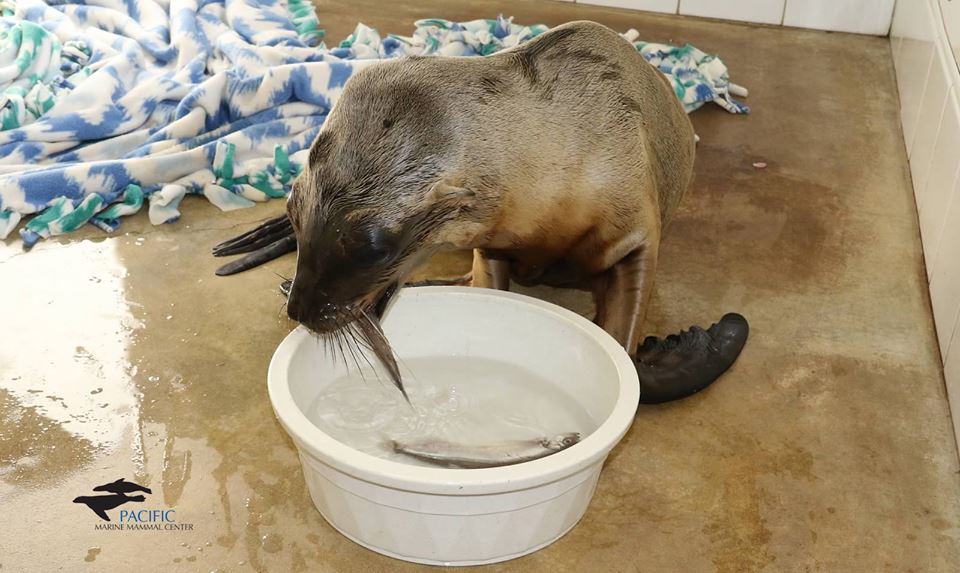 Krysta Higuchi, events and public relations coordinating manager for PMM, said it could be a number of factors related to the increase, particularly the massive rainfall the area experienced this winter, which washes bacteria into the ocean. This can cause domoic acid, which is produced by algae and can accumulate in shellfish that are eaten by the mammals, according to the center’s website.

“We are still on pace for three times as many rescues this year. At this time last year, we had rescued 24 pinnipeds and now we’re up to 62,” Higuchi said. “It’s been everywhere from San O to Seal Beach.”

PMMC has also seen an increase in dolphin rescue responses.

“This has been a very unusual and sobering start to the year with already three elephant seals rescued,” PMMC officials stated in a press release. At least one elephant seal was rescued off the coast of San Onofre recently.

PMMC takes in animals that are near death or very ill. According to the center, it costs about $3,000 to rehabilitate one seal or sea lion patient. The center is currently trying to figure out the cause of the increase of patients and expects to have its dolphin reports back within the next couple weeks. Check out pacificmmc.org for the latest information from the center.