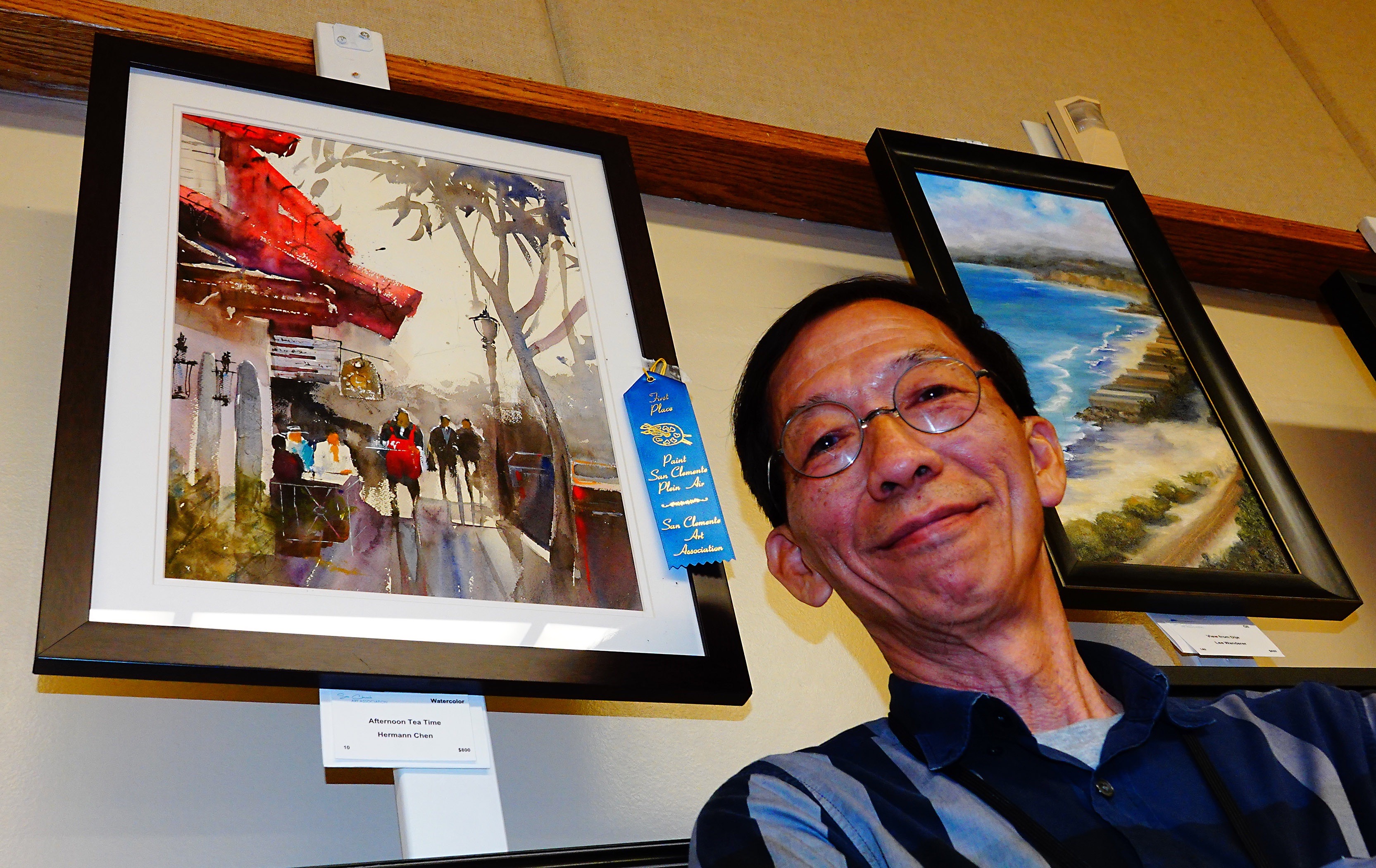 A talented couple from Alhambra have emerged as the biggest winners in the San Clemente Art Association’s 2019 Paint San Clemente competition.

His wife Ginger’s downtown watercolor, titled “Nice Town 2,” was awarded first place in a Quick Draw competition that was held separately on June 22, when 43 artists set out to see what they could bring to fruition in three hours.

On June 29, judges selected Hermann Chen’s watercolor as best of show from among 124 paintings submitted by some 90 artists who spent the week exploring, visioning and interpreting the streets, beaches and landscapes of San Clemente.

Awards were announced at a reception in the Community Center. Hermann Chen had gone into this 18th annual Paint San Clemente competition as a three-time finalist.

Artists in the main event were allowed to submit one or two paintings they had completed during the week. The art association offered $6,000 in cash prizes, with proceeds from the event benefiting student art scholarships and art supplies.

Second- and third-prize winners in the week-long art competition were Ryan Jensen of Blue Lake for his oil painting titled “Golf Carts” and Kevin Davidson of Orange for his watercolor titled “Lazy Day at the Pier.”

In the Quick Draw competition, second place went to Ruth Yuhas of San Clemente for her mixed-media scene, titled “Pier Bowl Shops.” Third place went to Krentz Johnson of San Diego for “Ped,” a street scene at the pier.

Works will be on display in the art gallery in the Community Center, Avenida Del Mar at Calle Seville, through July 25. Not all may be there, since they are available for sale, and some have been taken home by buyers. The art association is asking buyers of the prize-winning entries to leave them at the gallery through the display period for public view.