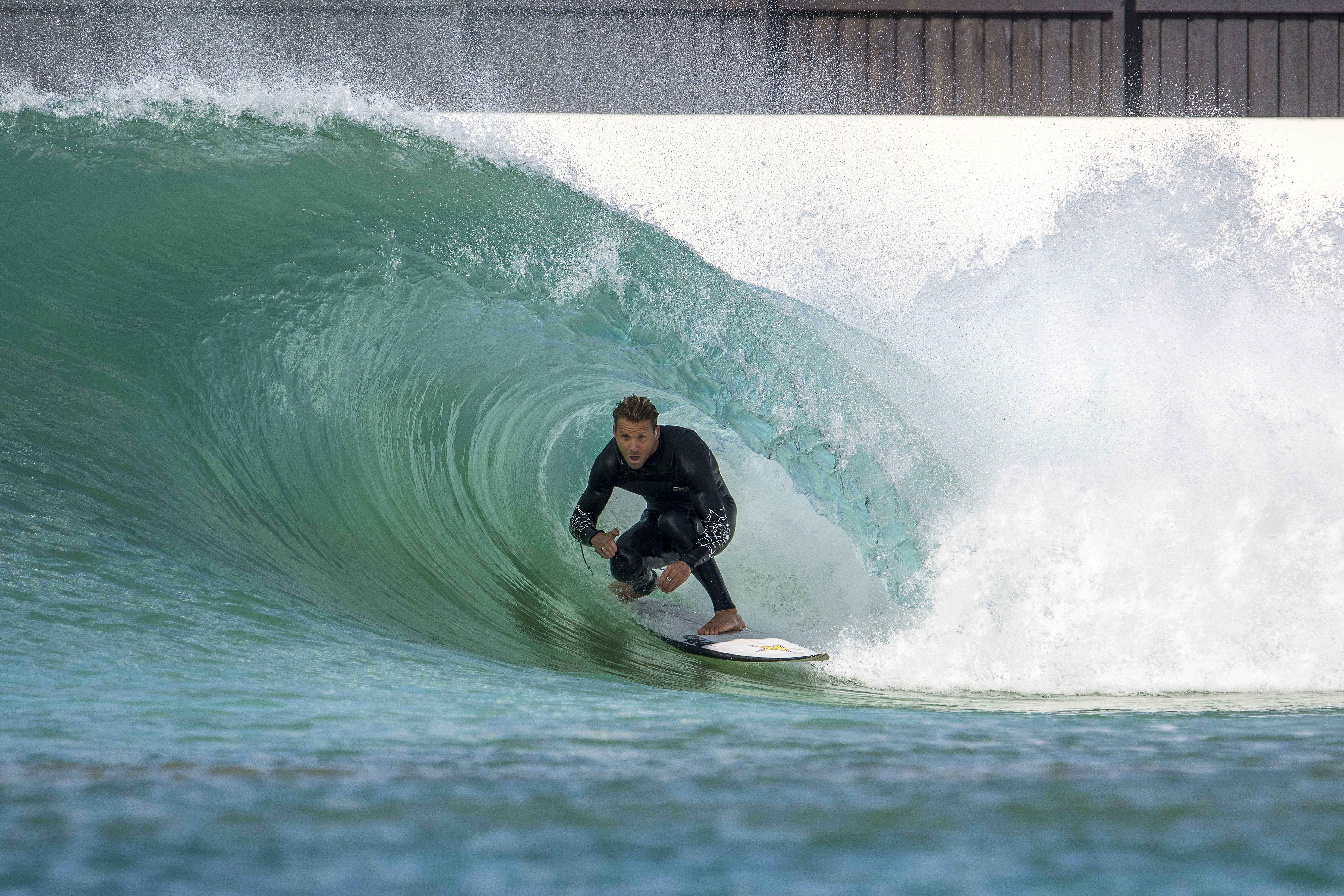 Could the California desert really be America’s next surfing hotbed?

In a couple of years, Lowers may not be the epicenter of American surfing that it is today. Head east, on Interstate 10 for a couple of hours, and you end up in the desert oasis of Palm Springs. Known for its golf and architecture, it also may soon be known for its surf.

The DSRT project is the brainchild of John Luff and Doug Shere, who have partnered with Desert Wave Ventures, LLC. Notable pro surfers have lent their name to it as well, including San Clemente icon Shane Beschen and former world tour surfers Josh Kerr and C.J. Hobgood.

“If you go to Kelly’s pool in Lemoore, they’re creating a training facility and pushing surf performance, and that’s really the opposite side of the tracks to this model,” Hobgood said in a recent interview with Surfer Magazine. “For us right now, we’re making sure the community is really stoked on what we’re trying to create. That’s what happens first. If you live in that community, let us know how we can stoke you out. Let us know your concerns, and let us put those at ease. Coming into a new town and community, we want them to be stoked.”

The DSRT surf park would include a 5.5-acre lagoon powered by WaveGarden’s Cove technology, which is currently making waves—literally and figuratively—around the world. Surf parks URBNSURF in Melbourne, Australia, and The Wave in Bristol, England, opened to select pro surfers for testing within the last month.

Both utilize the same wave-making technology and have been met with rave reviews by pro-level talent and beginners alike, illustrating the system’s flexibility. When it is pumping waves full throttle, it can produce a remarkable 1,000 waves an hour.

Last week’s council hearing lasted approximately two hours, with opponents voicing concerns primarily about water usage. Developers of DSRT Surf’s lagoon estimate the facility would use approximately 24 million gallons of water annually. At the council meeting, they shared their ambitious plans to recycle and recapture much of that water, hopefully minimizing the environmental impact.

Besides bringing world-class surf to the California desert, proponents of the project view DSRT as an economic catalyst for the area. The plan is forecast to create 400 jobs and pave the way for other retail and residential development in the area.

“This is an economic game-changer,” Mayor Pro Tem Gina Nestande said at the meeting.

There are reportedly two other projects planned for the Coachella Valley, including the largest, the Thermal Beach Club, which would include a 21-acre surf lagoon, and the Palm Springs Surf Club.

The Thermal Beach Club would utilize American Wave Machines’ PerfectSwell technology—the same tech that’s been utilized at the BSR Surf Resort in Waco, Texas, as well as a new facility that just opened at the American Dream mall in Meadowlands, New Jersey.

T-Street regular Kalani Robb and Maui’s Cheyne Magnusson are two of the big names behind the Palm Springs Surf Club, which comes with a $50 price tag and endeavors to revamp the Wet ‘n’ Wild park. They haven’t announced what technology they’ll be using.

Magnusson was a big part of developing the Waco park, but he has since reportedly parted ways with American Wave Machines.

“You can learn to surf, you can train for the Olympics,” Eric Munoz, the chief development officer for Palm Springs Surf Club, said at a city council meeting last month. “It’s going to be a whole different experience.”

Reports indicate that the Palm Springs Surf Club is looking at a 2020 open date, while DSRT is hoping to be open sometime in 2021. As with any surf project, there are numerous legal, logistical and technological hurdles to clear before folks are getting barreled, but the tide is definitely rising in Palm Springs.