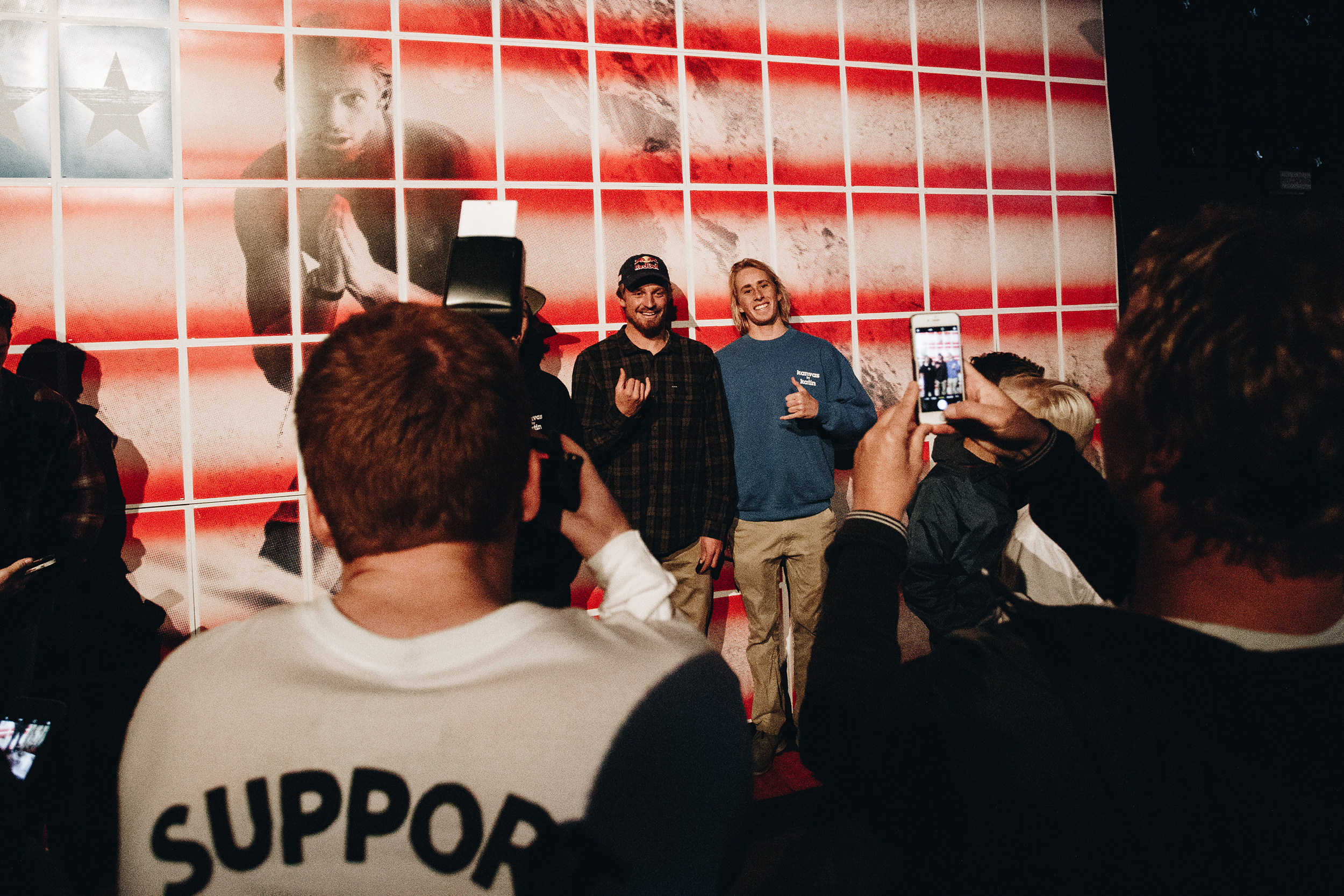 Paying It Forward: Ranked fourth in the World, Kolohe Andino Still has the Heart of a Grom

“There’s some great talent coming out of San Clemente, and I see a bright future in all of these kids,” said Kolohe Andino.

Last week, as part of the Hurley Surf Club program, Andino and friends Jeremy Carter and Ian Craine organized a last-minute surprise for the kids on the Shorecliffs Middle School surf team.

“Two days before the event, we hit up coach Dave Hennings to see if any of his kids would be interested,” explained Carter. “He called me back the next morning and said he had 60 kids signed up.”

Originally Andino had secured the use of a bus from his sponsor, Red Bull, to shuttle the young surfers from San Clemente to Hurley’s headquarters in Costa Mesa, but with such a positive response, they had to ask for a second bus.

“He printed up T-shirts for all the kids and handed them out,” continued Carter. “We marked the color of one of them, and then during the night we gave one of Kolohe’s boards away. Coach Henning’s nephew ended up winning it, so that was kind of a cool coincidence.”

The evening featured a lecture by Andino during which he touched upon his days as an up-and-coming grommet in San Clemente, what it’s taken him to climb to being ranked number four in the world and the state of American surfing.

“Once I started surfing, it was rad going down to T Street and seeing guys like the Gudauskas brothers, Dane Ward, Travis Mellem… they were all surfing right next to me. Then our crew started coming up,” said Andino. “I have so many friends, tons of friends, just competing down there. Who could be the first one out, that kind of stuff. We were crazy competitive, and we’re also crazy good friends. And now you have all these little rats frothing out in the mornings… taking all my waves [laughs].”

Besides the 60 “rats” from Shorecliffs, there were nearly 300 others on hand to listen and learn from Andino. Women’s world champion Carissa Moore also offered up some wit and wisdom. And the quarterback of NCAA National Champion Clemson University, Deshaun Watson, also showed up. He’s apparently been hanging in Dana Point and training for his impending NFL career.

“When you’re super young and you have good surfers to look up to and that are surfing right next to you, it definitely motivates you and pushes you,” said Andino when asked why so many surfers seem to come out of his hometown. “There’s breeding grounds around the world, like Snapper Rocks in Australia, but I think having those guys to look up to and be that close to is rad.”

In less than a month, Andino will set off on the WSL Championship Tour to hopefully vie for a world title, but whether he wins it all or stumbles somewhere along the way, there’s no doubt the kids back home have his back one hundred percent.