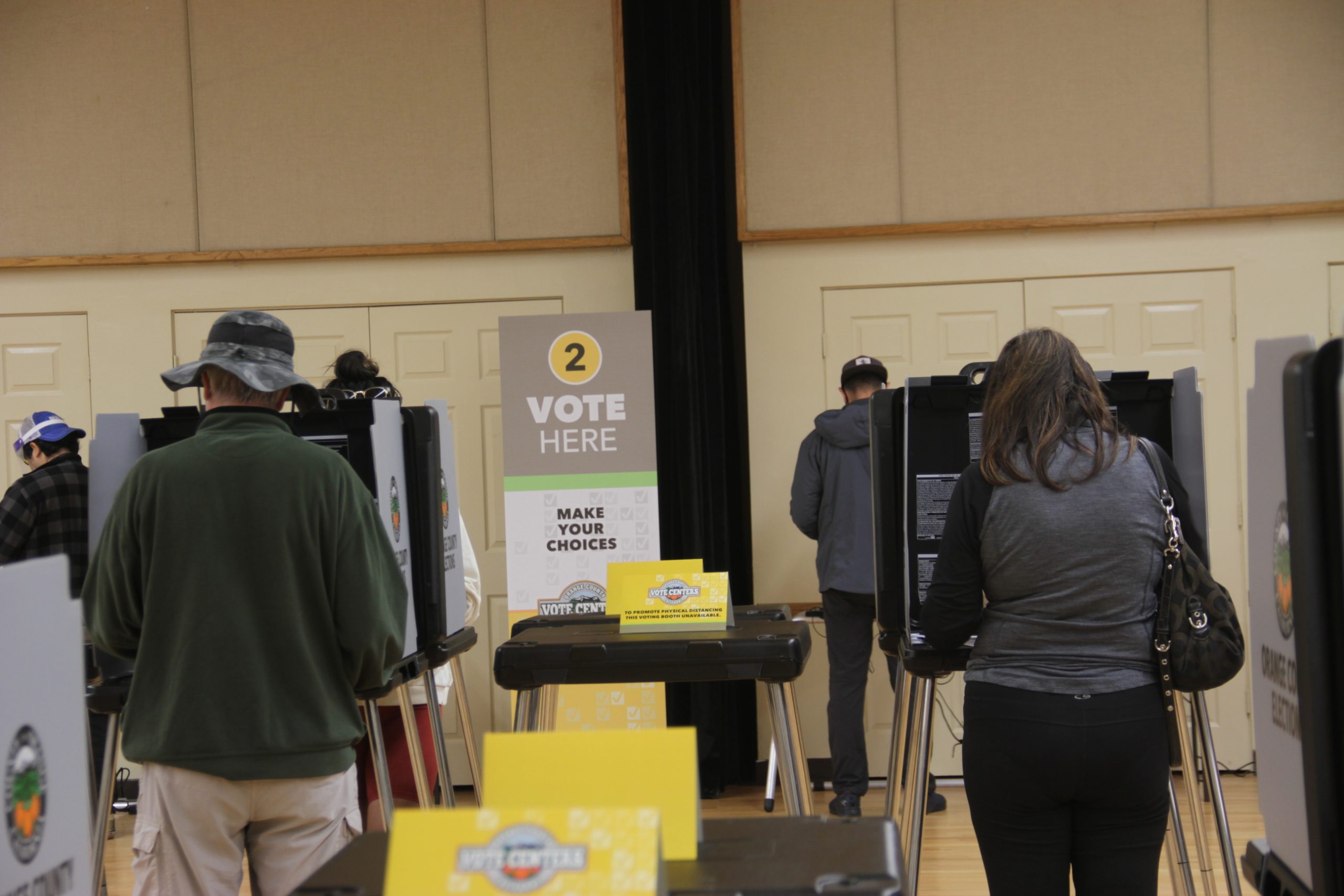 A new city council could be seated at the dais by early next month, as the Orange County Registrar of Voters is looking to have the results of last week’s elections certified before the Thanksgiving holiday, City Clerk Joanne Baade announced this week.

As of the latest tally of votes on Wednesday, Nov. 11, incumbent Councilmember Gene James and Chris Duncan were still the projected winners of the city’s General Election race for the two four-year terms.

Steven Knoblock, a former councilmember, still led the Special Election race for the lone two-year seat, filling the remainder of former Mayor Dan Bane’s term. Bane had left office this past April to relocate his family to his hometown of Blue Springs, Missouri.

Based on the earlier ballot counts, Duncan, the presumptive councilmember-elect, had been in first place, but over the weekend, James, who won last year’s Special Election race to fill the late Mayor Steve Swartz’s seat, jumped ahead.

Voter turnout in Orange County reached an all-time high, according to Baade. On Wednesday, the Registrar reported an 85.8% voter turnout rate so far.

“This is the highest Presidential general election turnout in Orange County’s 131-year history,” Baade wrote in an email to the candidates and the press on Monday.

Based on correspondence from OC Registrar Neal Kelley, Baade explained that the turnout could reach 87% after all the ballots are counted. She also said that the elections office is expecting to be able to certify the results around Nov. 24 or Nov. 25—about a week ahead of the Dec. 3 deadline to certify results.

“There are, however, a few important caveats to this goal, i.e., observers and/or legal challenges could slow the process, and the audits must proceed without issues (although no issues are anticipated),” Baade had cautioned in an email.

Assuming the certification proceeds the week of Thanksgiving, the new councilmembers could be sworn in during the council’s Dec. 1 meeting, along with Baade and incumbent City Treasurer Mark Taylor, both of whom ran unopposed to secure their reelection bids.

Two of the first major decisions that the new, fully impaneled city council will face are the hiring of a new city manager and whether to sell city-owned property near Talega for the purpose of developing a gas station.

The city has been without a proper chief executive since January, when James Makshanoff, the former city manager, resigned after accepting the manager position in the city of Pomona. Following his departure, the council appointed Robert Dunek to the position on an interim basis.

Dunek’s tenure at the helm was short-lived, however, and rife with controversy, as he inherited the role during a tumultuous time—amid the early days of the coronavirus pandemic and during Bane’s decision to step down from office.

This past June, when Dunek’s 960-hour contract was set to expire, acting Mayor Laura Ferguson and James voted to reject a contract extension that would have kept him as the interim city manager through Jan. 1 or until an official city manager was appointed—whichever came first.

Councilmembers Kathy Ward and Chris Hamm—whose term will expire when the new councilmembers recite the oath of office, as he didn’t seek reelection this year—abstained from voting on the motion to reject Dunek’s contract extension.

Ahead of that vote, Ferguson had made public the four-person council’s inability to move forward with the recruitment process for selecting a permanent city manager, claiming that some councilmembers “didn’t want to interview candidates.”

“We haven’t been able to move forward, because half of our team hasn’t wanted to interview,” she previously told San Clemente Times.

Hamm, explaining his position on the matter, had said city managers want “a unified vote in support in order for them to accept a job offer.”

“That being said, a unified vote from a four-member council that has two councilmembers up for reelection does not present the unanimous decision most city managers would want in order to start a new position,” Hamm had said this past June.

After Dunek was let go from the city, the council appointed Assistant City Manager Erik Sund to the interim position.

And in August, when the council resumed discussions on a series of proposals from developers looking to buy or lease 2.29 acres of city property off Vista Hermosa and Avenida La Pata, councilmembers were deadlocked on how to move forward, so they agreed to table any decision until January, after the new council took office.

The proposals from five prospective developers all look to turn the land into a gas station with other amenities, including a convenience store and car wash.

“So, I’m hearing four different voices going in four different directions; I haven’t heard any two of us agree,” Hamm had said during the council’s Aug. 18 meeting, explaining his motion to defer the vote, adding: “On the horizon is an election; we’ll have a five-member council and, hopefully, at that point, there will be a consensus among them.”

According to Baade, during the council’s Dec. 1 meeting, the city council is expected to be able to receive the canvass of returns from the election and recite the fact of the election.