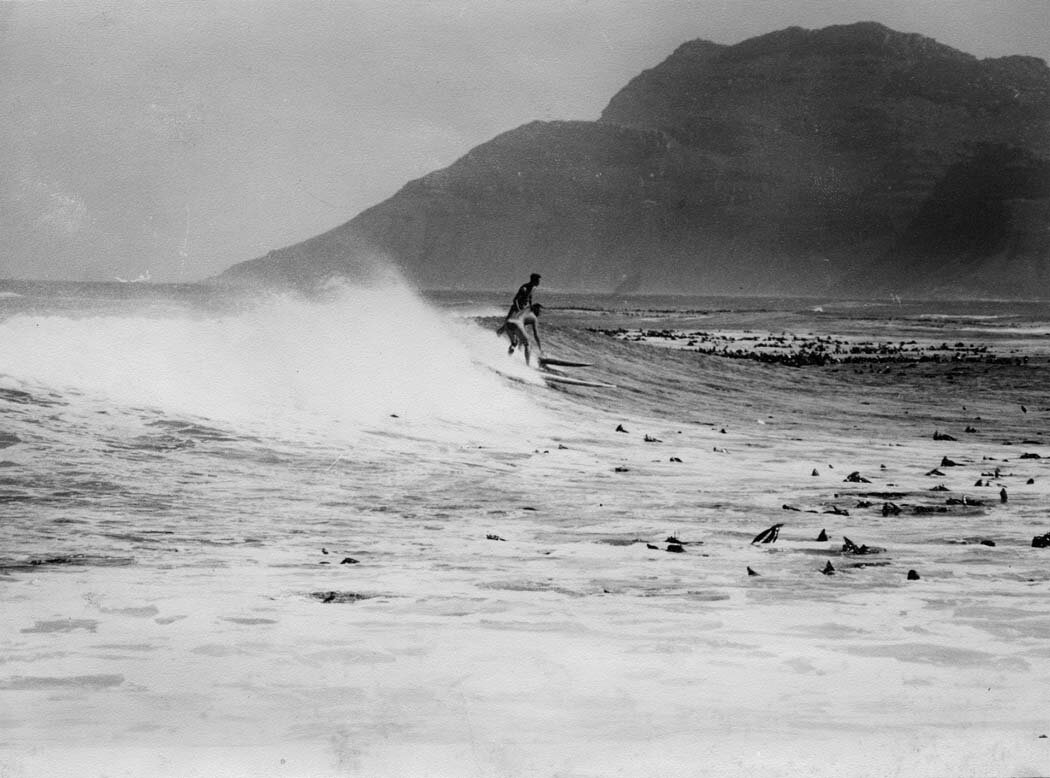 Perfect Waves Are Where You Find Them

After selling his car, his TV and all other worldly possessions in 1958, Dick Metz set out to see the world. Originally from Laguna Beach, he hopped trains and hitchhiked from Southern California through Mexico.

Mind you, Jack Kerouac’s seminal On the Road had just been published the previous year, and this kind of vagabond travel was well outside the straight-laced American norms of the time.

Metz eventually landed in Panama, where he scored a ticket on a troop transport full of French Foreign Legionnaires over to Tahiti (the troops were headed to Vietnam, but that’s a different story).

From there, he hopped freighters throughout the South Pacific to islands such as Apia, Pago Pago, New Hebrides, New Caledonia, Fiji and Tonga before eventually landing in Australia.

But the real plot twist comes when Metz eventually lands in Africa, and it’s this portion of his travels that is the focus of the new film, Birth of the Endless Summer: Discovery of the Cape St. Francis, by director Richard Yelland.

The film made its worldwide premiere last week at the Newport Beach Film Festival to a sold-out house. If you missed it, there’s another screening coming to the Coast Film Festival on Nov. 10 at the Hobie Surf Shop in Laguna Beach.

“For three or four days, we drove from Arusha across Tanganyika and into the Rhodesias. Finally, in the middle of the night, the driver wakes me up. I was sound asleep, and he said, ‘Well, here we are at Victoria Falls. That’s where you wanted to get out,’ ” recalls Metz.

“I looked out the window, it’s 1 in the morning, there were a couple of fires and two or three little huts like there are in all these little villages,” he continues. “Of course, no lights, nobody around, no buildings of any kind, just little huts.”

It’s at this part in Metz’s story where in stepped serendipity. Rather than sit alone in the dark, Metz endeavored to see the coast. His driver was headed to Cape Town. So, Metz headed south, too, and eventually lucked into a chance meeting with one of the few surfers in town, John Whitmore (who is largely credited as the father of South African surfing).

“There was a guy out about 50 yards on what I thought was a surfboard, but it really didn’t look like a surfboard,” Metz says. “So, when this guy swam up to me and I said, ‘This is the ugliest surfboard I’ve ever seen,’ he responded, ‘Well, what the hell do you know about surfboards? Who are you?’ ”

“I told him I was from Hawaii and Southern California,” Metz says.

Quickly striking up a friendship that would last a lifetime, over the next few weeks, they surfed together. At one point, Whitmore recommended that Metz go check this spot called Cape St. Francis.

It wasn’t exactly all-time when Metz got there, but it was enticing enough that when he eventually returned back to the U.S., he recommended the spot to his friend and filmmaker Bruce Brown, who was in the planning stages of a new around-the-world surf movie project.

“Had I not gone to Cape Town—Bruce, Mike (Hyson) and Robert (August) might not have scored perfect Cape St. Francis in The Endless Summer. It’s funny the way the ball bounces,” Metz surmises. “That particular moment was the key decision that changed the lives of tens of thousands of people in the surfing world.”

Today, at 92 years young, Metz has spent his life chasing surf and riding waves with friends new and old. He was a close friend and business partner with Hobie Alter and is the founder of the Surfing Heritage and Culture Center in San Clemente.

Always happy to share a story, if you have the good fortune to run into him, ask about South Africa and Cape St. Francis; it’s worth it.

Editor’s Note: A previous version of this column misstated the venue for the Coast Film Festival’s Nov. 10 screening of “Birth of the Endless Summer: Discovery of the Cape St. Francis.” The film will be presented at the Hobie store in Laguna Beach, and again at the Festival of Arts in Laguna Beach on Nov. 14.