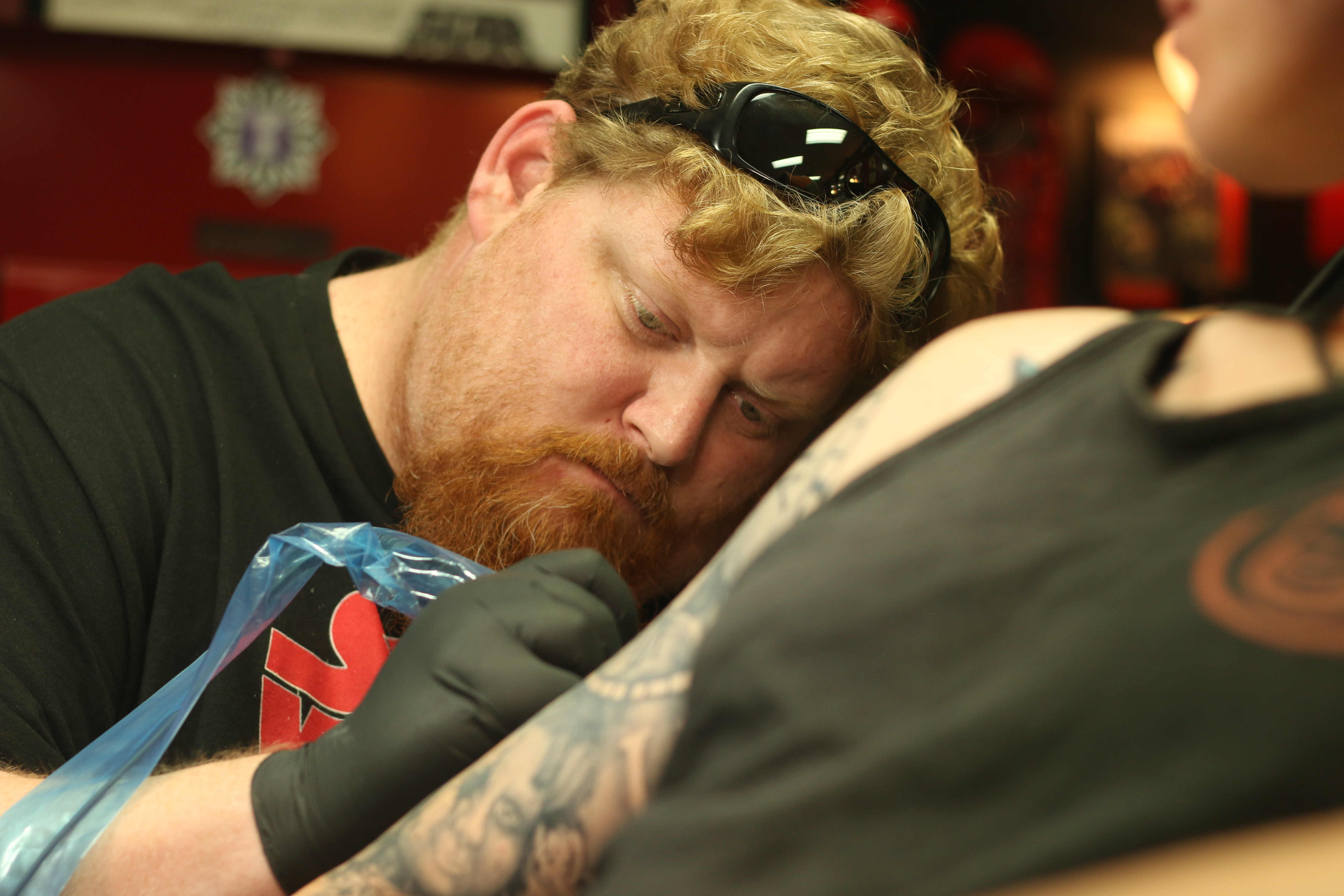 Shaun Loyer, owner of Distinctive Body Art Studio in San Clemente, and his employee Sidne Avis took home a total of eight awards at the convention.

Avis said she has been working as an artist for about five years, including a two-year apprenticeship. She said it was a really big honor to win, as it was her first tattoo convention.

“I was happy that I won anything, honestly,” she said “The color tattoo I did a back sunflower color piece on a girl. It was interesting because we had just met two days before I did it. She wanted to enter it because it was her first tattoo, and she ended up getting a plaque for it.”

Avis did another piece for a dot-work mandala piece, which involved a compilation of shapes and patterns.

Loyer, who also entered, won “Best of Day for color tattoos,” “Male Overall,” “Black and Gray Overall,” and a few other second- and third-place awards.

“When you’re going up against 15 to 20 people at least, getting a plaque is really hard to get,” Loyer said. “Some of these guys have been tattooing for 20 years or more.”

Anthony Frasier, who has become a regular at the studio, said he has been getting touchups and new tattoos for about two years at Distinctive because of the friendly atmosphere and customer service.