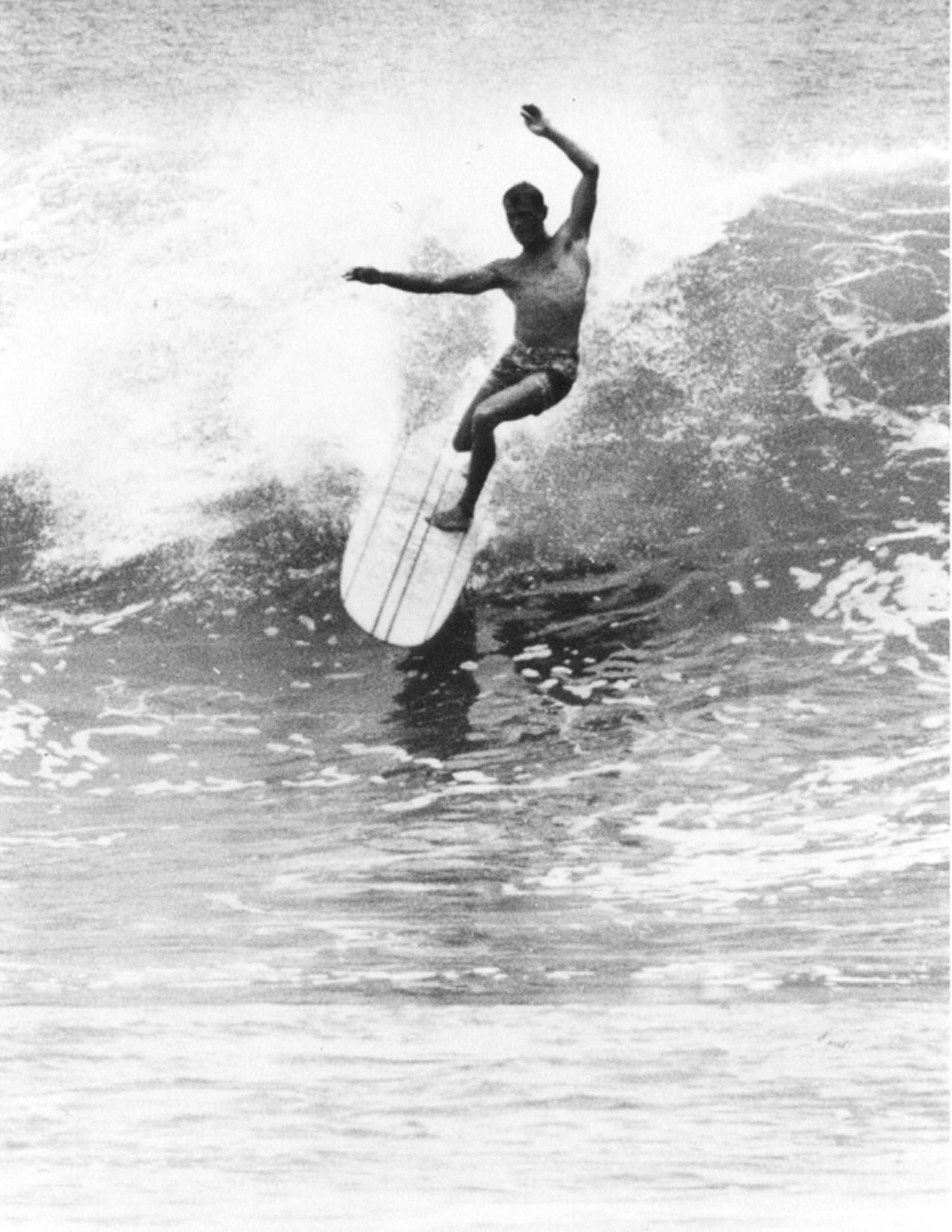 Phil Edwards Gets His Moment

With a view stretching from Dana Point to Cotton’s Point in San Clemente, Phil Edwards sits on his back porch watching the sailboards ride the breeze. Silver hair smartly parted, he’s every bit the humble, dignified waterman he’s always been as he stares down 81 years old. Eyes trained on the ocean, he’s in a reflective mood.

“I never charged Pipeline, I just survived it,” Edwards said when the San Clemente Times asked him about his experience at the famed Hawaiian surf spot.

In 1961, Edwards became the first person to successfully ride Pipeline when he finally decided to break the seal and paddle out. Filmmaker and friend Bruce Brown was on hand to document the moment.

“Once I made up my mind to do it, I didn’t wait around too much,” Phil said, laughing. “I’d been watching it enough that I knew what wave I wanted, what swell direction and all that. It’s a little touchy on which way they come at it, but I was pretty good at figuring out which one I wanted. Anyway, Bruce later tells me that he didn’t know I was going to take off that fast. He was still walking down the beach with his camera. That’s why if you look at the footage, it’s a little shaky, because he did this hand-held thing and didn’t have time to set up the tripod.

“It was a good wave, but it was so quick. And it was shallow. And I was kind of spooked by it. I’m not a daredevil guy, so I never really charged it.”

By the time he put his board on his car after that seminal ride, there were already three other surfers in the water “launching” themselves. And the next winter, it was properly on at the Banzai Reef. Edwards would never admit it, but it wasn’t the first or last time he helped redirect the trajectory of surfing.

On June 7, Edwards’ contributions to the sport, culture and lifestyle of surfing will be celebrated with the unveiling of a new bronze sculpture in Dana Point. The Edwards sculpture will sit alongside the Hobie Alter sculpture honoring one of his lifelong friends. The unveiling ceremony will be followed by the second annual Hobie Vintage Surfboard Festival at La Plaza Park on Sunday, June 9.

“I really love how it turned out; it’s really an honor,” Phil said. “Every detail is so accurate and realistic. I can’t believe I’m getting a bronze sculpture for going surfing every day.”

Edwards’ candor belies his influence. His resume reads like a greatest hits album of surf history. Growing up in Oceanside, he was 13 years old when he and a 16-year-old friend, Miki Dora, migrated from the usual scene at San Onofre to “The Trestle.”

“Miki and I spent one summer together at San Onofre, and we’d look up at the point and ask these old guys what it was like up there: ‘Oh, well, we went back up there in ’38, and Peanuts Larson got this big wave . . . blah, blah, blah,’ ” Edwards said as he reminisced. “Anyway, Miki was 16, and I was 13. He had a car, so we drove the car up there and walked through the railroad tracks and around the swamp, and that’s how we started surfing The Trestle. And we didn’t tell anybody for a while. So we had it all to ourselves for a while; it was kind of neat.”

A couple of years later in 1953, Edwards, then 15, famously charged big Killer Dana and introduced the fledgling surf scene to the “cutback.” By the end of the 1950s, he was one of the sport’s first bona fide stars. In 1963, he won Surfer Magazine’s inaugural Surfer Poll Awards, and Hobie released the Phil Edwards Model, the first signature surfboard model.

“That was his idea. It was kind of a first,” said Edwards of Alter’s move to release a pro model surfboard. “Everybody else jumped on it after that. I don’t like to take too much credit for anything that Hobie did. He was a really sharp guy. He didn’t need me for anything.”

In 1966, he was featured on the cover of Sports Illustrated, making him one of the most recognizable surfers in the world at the time.

By the end of the ’60s, the Shortboard Revolution had taken over the sport, and Edwards’ interests shifted to sailing, building boats and working with Alter on the Hobie Cat. In 1988, as longboard surfing came back into vogue, Hobie Surfboards relaunched the Phil Edwards model, a design still going strong today.

Edwards has also recently been collaborating with surfwear company Reyn Spooner to release a new line of aloha shirts. The two had worked together in years past, and the vintage shirts are highly sought after by collectors. This new line is an opportunity to keep the Edwards magic moving forward for a new generation.

“Reyn Spooner is absolutely honored to work with Phil and Mary,” said Shane Wallace, Director of Sales for Reyn Spooner. “The Edwardses are just unique and lovely people who exemplify the Aloha Spirit. Phil is the original symbol to both surfing, skateboarding, and (is) a beach lifestyle fashion icon. It’s been an absolute pleasure and once-in-a-lifetime opportunity to launch this collection.”

For all his fame and influence, Edwards has been characteristically reluctant to stand in the spotlight. But after all of these years and all he’s done for surfing, it’s time to celebrate a true surfing legend.