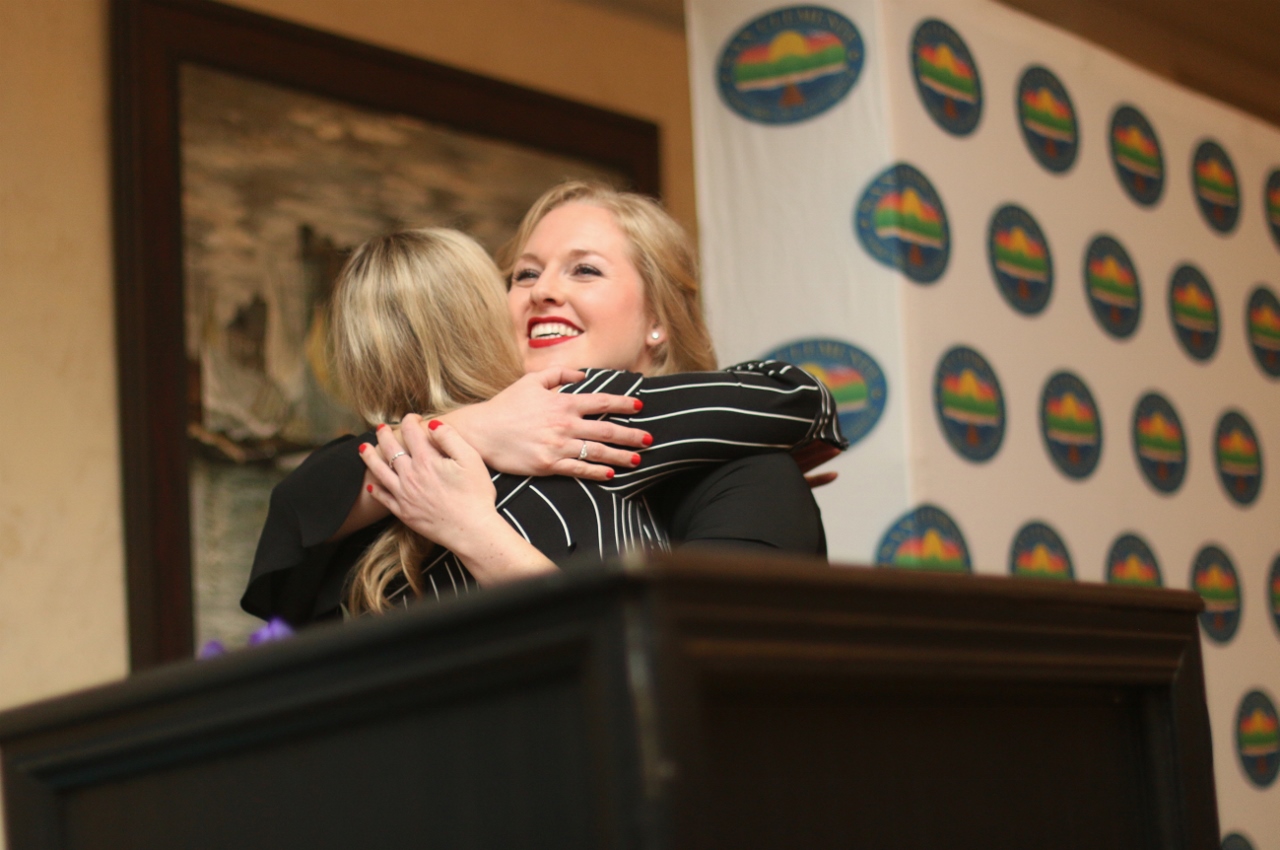 The San Clemente Chamber of Commerce hosted its annual Meeting of Members, Installation of Officers & Award Ceremony on Thursday, Feb. 15 at Bella Colina San Clemente. Upstanding residents were recognized and the Chamber board was sworn in.

Shauna Hunt receives a hug from Kelly Finney during the annual San Clemente Chamber of Commerce Installation of Officers and Awards Ceremony on Feb. 15 at Bella Collina San Clemente.

Stephanie Aguilar walks to the podium to accept her Citizen of the Year award.

Nearly appointed Chamber Board President Steve Ynzunza is sworn in.

Carson Kropfl listens to his own introduction before receiving the Young Entrepreneur of the Year award.

San Clemente Chamber of Commerce board members are sworn in.

Sarah McKeon, center, gets a hug from her son after receiving the Educator of the Year award.

Immediate past Chairman of the Board Antoine Price speaks to the audience.

Carson Kropfl speaks to the audience while standing on a Locker Board, which he invented.

Chamber board member Chuck Narey listens to speakers during the ceremony.

Shauna Hunt walks to the podium to receive the Ambassador of the Year award.

Lance Larson, Ph.D., information systems management, listens to a speaker before accepting the Volunteer of the Year award.

Members of the color guard with the 2nd Battalion, 4th Marines opens the awards ceremony.

Stephanie Aguilar, center, the winner of the Citizen of the Year award, poses with her awards.

Lance Larson makes his way to receive the Volunteer of the Year award.

Kelly, left, and Roger Sugano speak to the audience after being awarded Business of the Year.

San Clemente Chamber of Commerce board members are sworn in.