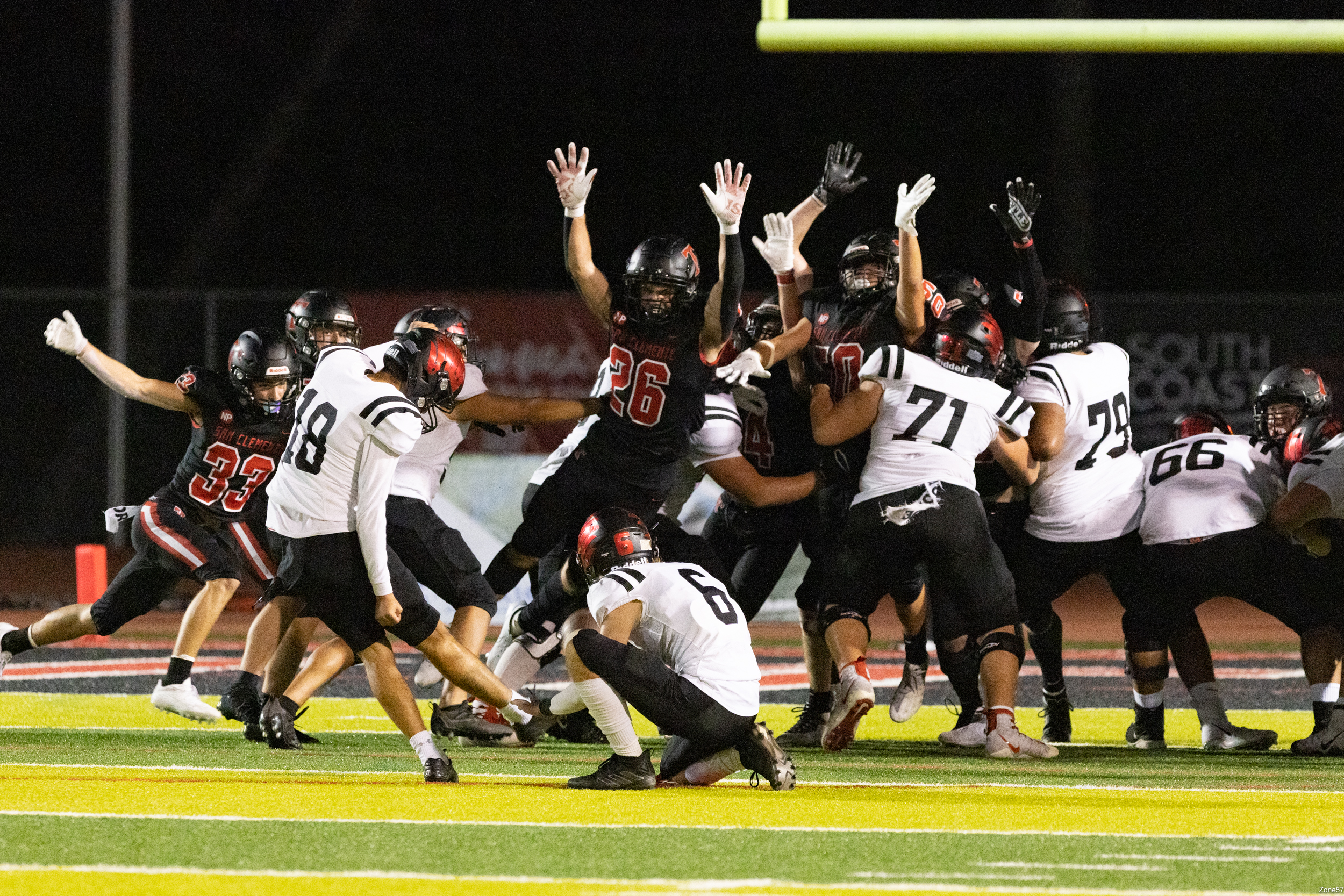 With three seconds remaining, the San Clemente football team was staring down the barrel of a three-game losing streak–after a season-opening three-game winning streak as Murrieta Valley lined up for a potential game-winning field goal.

San Clemente had finally overcome some of its offensive woes, but it would be all for naught if Murrieta Valley came into Thalassa Stadium and snatched the win away from the Tritons.

Murrieta Valley lined up the kick and followed through, but it was San Clemente that pulled out the bit of hometown magic.

Jack Demora got a hand on the Murrieta Valley field goal attempt as time expired, and San Clemente held on for the victory, 21-20, to break a two-game losing streak on Friday, Sept. 24 at San Clemente High School.

After eight quarters without reaching the endzone, San Clemente (4-2) scored near the end of the first quarter as Lachlan Van Rosmalen completed a 26-yard touchdown pass to Blake Allen to tie the game, 7-7.