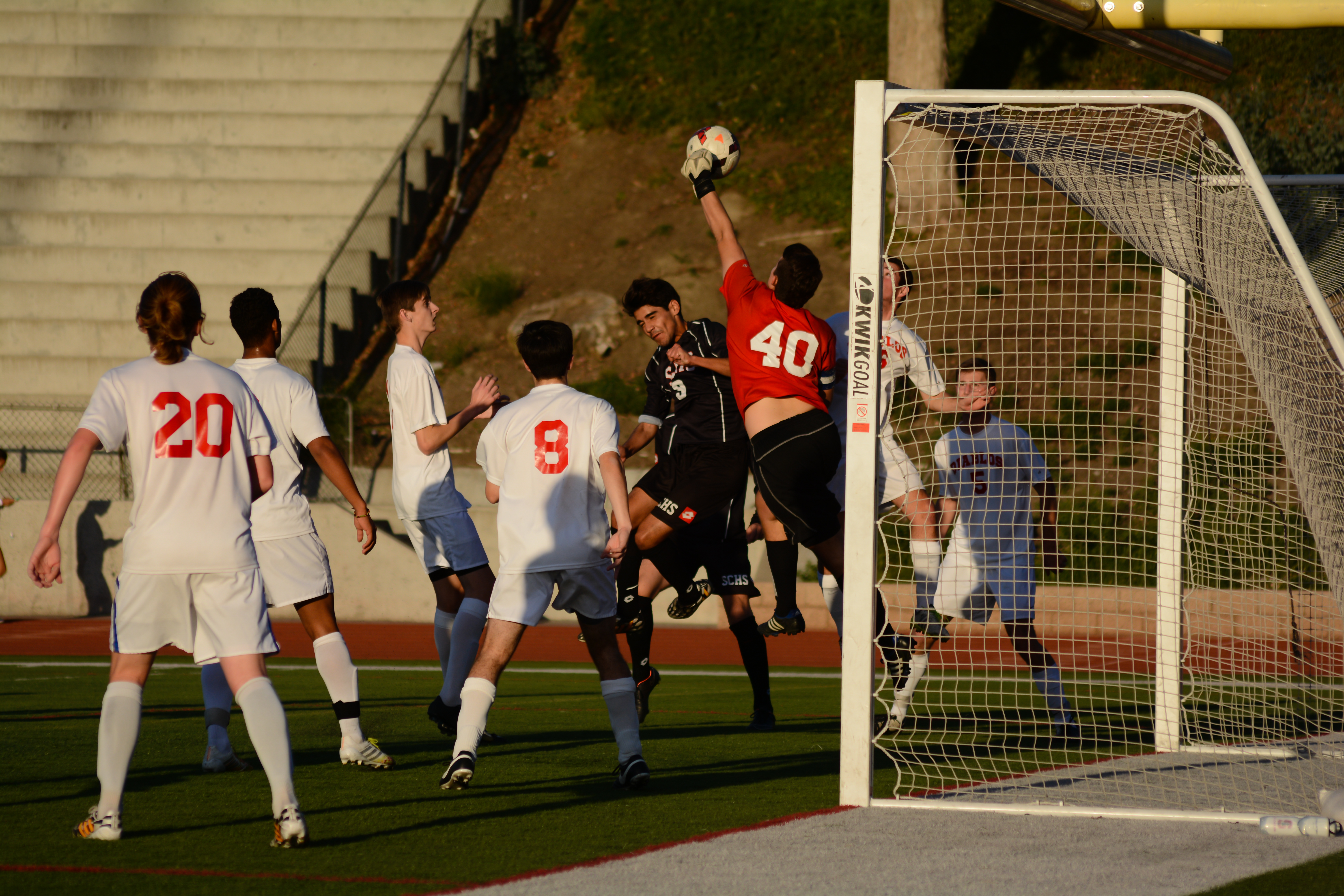 San Clemente senior forward Matias Ledesma has speed, footwork and a scorer’s touch. The striker, who has a team-high 11 goals this season, has been the most reliable offensive player on a young Tritons squad. But head coach Mike Pronier and his staff have been trying to get Ledesma to add one more attribute to his skill set—physicality.

Rather than run through strength or offensive drills, Ledesma has been turning to the defensive side of things for inspiration.

Ledesma has been honing a physical edge by defending countless corner kicks and set pieces in practice. It has allowed him to better anticipate where his opponents are and when to apply pressure. By becoming a better defender, he is able to outwit and outmuscle the opposition when the tables are turned and he is on the attack.

The practice has been paying off.

Against Mission Viejo on Feb. 10, Ledesma used his strength and skill up top, scoring two goals by way of headers in a 4-1 must-win South Coast League victory. The senior has now scored five times in his last seven matches.

Ledesma’s first goal came off a designed throw in to sophomore midfielder Fernando Vasquez in the fifth minute. Vasquez beat his defender down the line and curled a perfectly placed pass to Ledesma, who shook his defender and headed the ball in.

Ledesma’s second goal broke a 1-1 tie in the 19th minute, although he does not know how much he contributed to the scoring effort. A long throw in went to a host of bodies at the top of the Diablos box, skirted through and got past the keeper to give San Clemente the lead the rest of the way at 2-1. Ledesma said he barely touched the ball, but his presence drew two Diablos defenders to his spot and caused the chaos.

“I’ve been practicing a lot of holding defenders off. Because I feel that’s a big part. All I’m practicing right now is just trying to be strong up top, trying to be a target man,” Ledesma said.

Ledesma continued to be a threat throughout the night, especially on the eight corner kicks the Tritons were awarded.

“I saw fire in his eyes for 80 minutes … When you can get the skill he has and combine it with an aggressiveness and a physicality, you’re going to be more productive,” San Clemente head coach Mike Pronier said.

Joe Iorio and Bryan Calderone each scored in the second half for San Clemente.