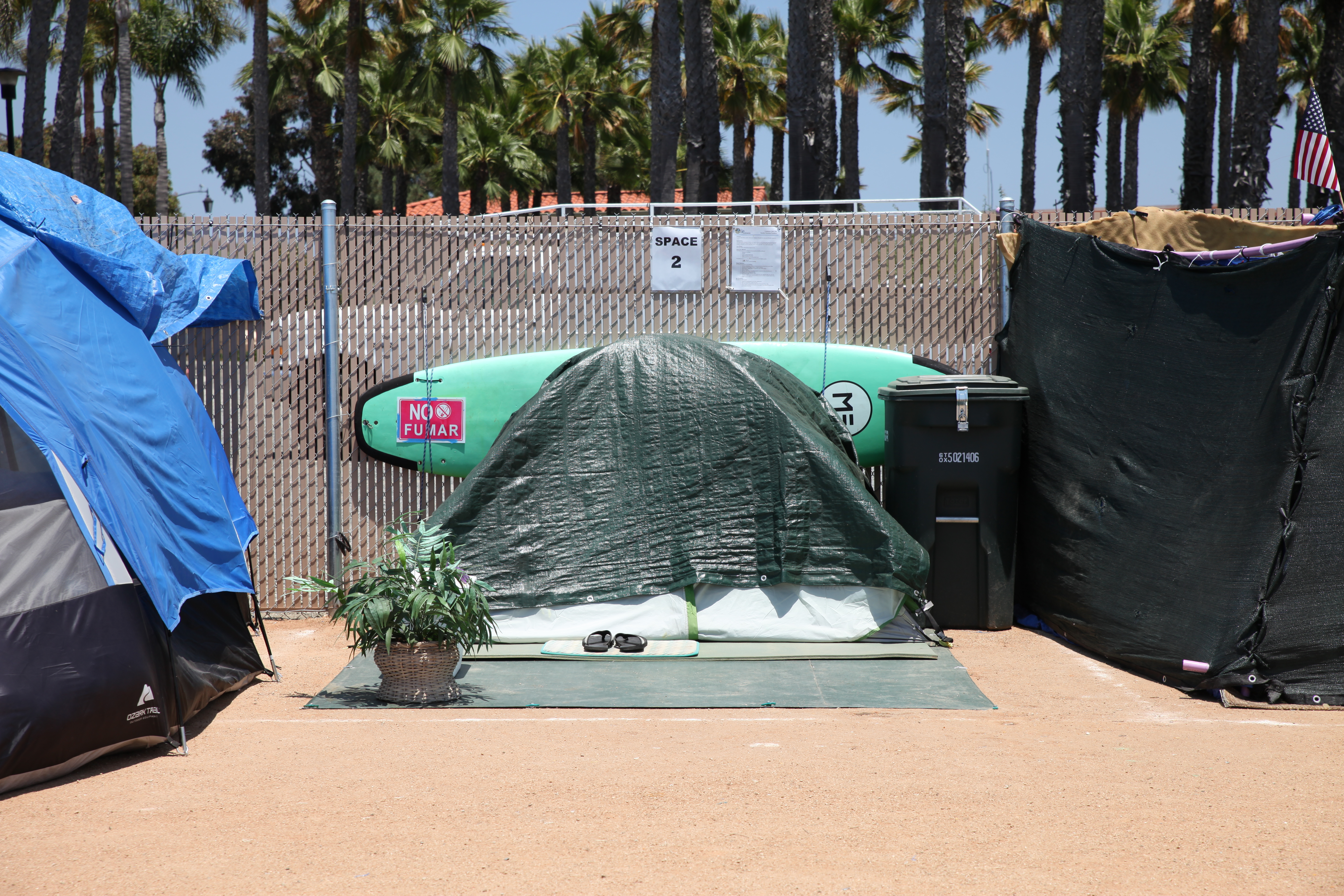 Homeless residents were asked to remove all of their belongings from the city’s Avenida Pico campground on Thursday, July 25, for temporary maintenance and cleaning at the site.

Campers were lined up on the sidewalk and outside the fence at the city lot that has been designated a place where homeless people can temporarily stay and erect tents.

The movement stirred some confusion among the public, causing many residents to think the campground was being cleared out for good. The city posted notice of the “Temporary Campground Maintenance and Cleaning Closure” at 10:40 a.m. on the day of the cleaning, stating that the site would be closed from 9 a.m. to 5 p.m. “to perform maintenance, cleaning and reorganization” and would “reopen for operations” at 5 p.m. the same day.

Two days earlier, on Tuesday, July 23, news came that Judge David O. Carter finalized a settlement agreement that Orange County Board of Supervisors had proposed earlier in July, leading to the resolution of two homeless-related lawsuits filed against the county last year.

A fact sheet provided by the County of Orange outlined components of the settlement agreement, but the sheriff’s department’s enforcement of anti-camping and anti-loitering remained vague for south Orange County and San Clemente.

The fact sheet said the Orange County Sheriff’s Department will develop policies and procedures relating to the enforcement of the anti-camping and anti-loitering ordinances that meet the requirements of Martin v. Boise. It also said OCSD may take more assertive action if a violation arises in restricted areas such as county parks and other various county properties, but it didn’t allude to any city-specific area such as San Clemente’s designated campground for the homeless on Avenida Pico.

Braun said, “The settlement doesn’t change the majority of our outreach and enforcement efforts, as we are still staying within the confines of Martin v. Boise. Until there are shelter options in South SPA (Service Planning Area), we are limited in enforcing loitering and camping ordinances. The only exception as outlined by the settlement is parks.”

When asked if the sheriff’s department would still be enforcing at the homeless campground in San Clemente, Braun said, “They (deputies) will enforce the requirement of camping only at the lot.”

City officials seemed confused about how the settlement would affect OCSD’s enforcement with regard to the homeless and camping.

Prior to the court’s finalization of the settlement agreement, City Manager James Makshanoff had sent a letter to San Clemente Police Chief Lt. Edward Manhart on July 19, asking questions related to the sheriff’s scope of enforcement “in connection with the site and its occupants who refuse to obey the law and the camp rules and regulations.” In another letter dated July 25, Makshanoff wrote a letter to county Sheriff-Coroner Don Barnes asking for further clarification from the sheriff’s department, which contracts with the San Clemente for police services.

In his second letter, Makshanoff included answers from Manhart, who Makshanoff said he met with last week along with two deputies to discuss the cleanup of the homeless camp.

Makshanoff had also asked how OCSD would handle a homeless person camping in non-designated areas of the city, if that camper had violated the city’s rules for the campground and the city had refused the camper a spot in the campground.

Lt. Manhart responded that OCSD would not enforce the city’s camping ordinance.

Not entirely satisfied, in his letter to Barnes, Makshanoff wrote that he would like a “documented response from OCSD regarding their position on enforcing trespassing and anti-camping ordinances in San Clemente.”

Makshanoff said if there is no written response to either letter by August 8, “the City will assume that OCSD does not plan to enforce the City’s ordinances as they are contractually obliged to.”