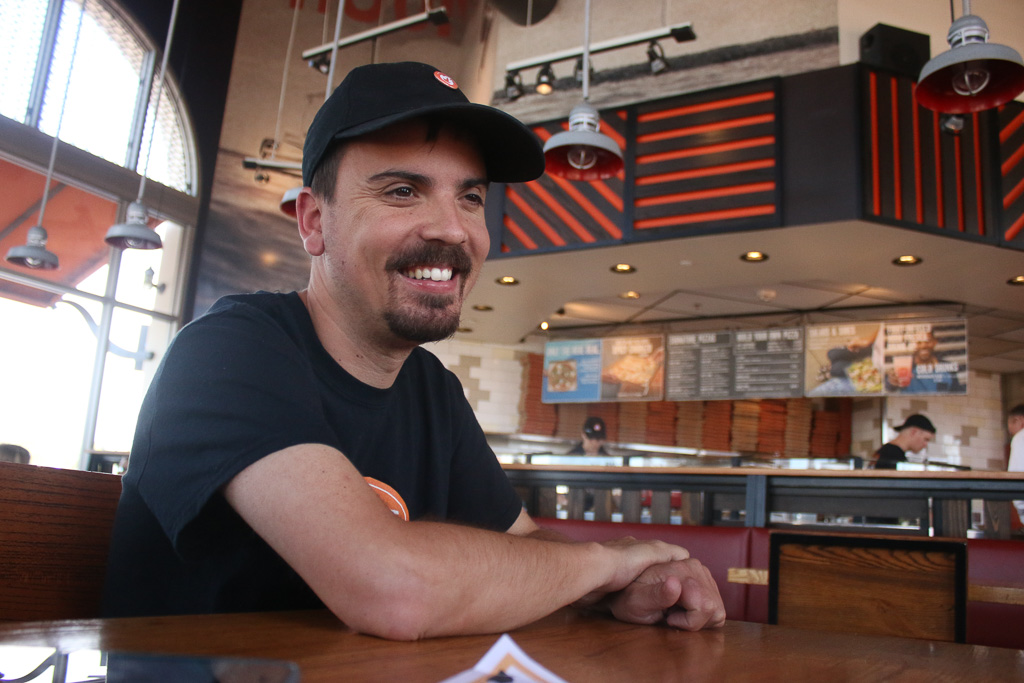 By Eric Heinz and Cari Hachmann

Motivated to work with children living with disabilities and maintaining a humble presence on social media, 32-year-old David Koning is fixated on his future endeavors.

“It’s fun working here. I also want to apply over at AT&T, working with phones and internet service,” Koning said.

What’s different about Koning is that he has a heart condition that has caused major health issues for him.

He was born with hypoplastic left-heart syndrome, meaning he doesn’t have a left ventricle. According to Koning’s family, he may be one of two people who is living with the condition in their 30s.

When he was younger, Koning said he suffered multiple seizures. His father, who shares the same name with his son, said the junior Koning had been legally dead four times for several minutes, losing precious brain functionality in the process.

He runs his own nonprofit organization, Children Changing Lives, which provides events for children with disabilities to attend sporting events, and he likens it to the NBA Cares program. An avid fan of sports himself, Koning was once the team manager for the Laguna Beach High School volleyball team.

He’s also been on the Los Angeles Lakers and Clippers channels on social media.

“We like to change children’s lives one child at a time,” he said. “My other (mantra) is that you only have one life. Don’t waste it.”

Koning said he usually goes to the UCLA campus for medical checkups, and he usually invites media personnel to join him.

Koning said he’s in the middle of writing five different books. One is about the perspective of a service dog for children.

When he’s not working at Blaze or the nonprofit, he’s usually scouring the internet and watching professional sports.

“He’s pretty independent. He was on Indeed when he found the job,” Merritt said. “(He’s) a go-getter, definitely an entertainer.”

Koning said his top ambitions include getting his books published, continue meeting celebrities and connecting with organizations that can augment his nonprofit’s efforts.

“I have a drive, and I don’t take no for an answer,” Koning said.

To see more of what Koning is up to and his latest activities, search him on YouTube.