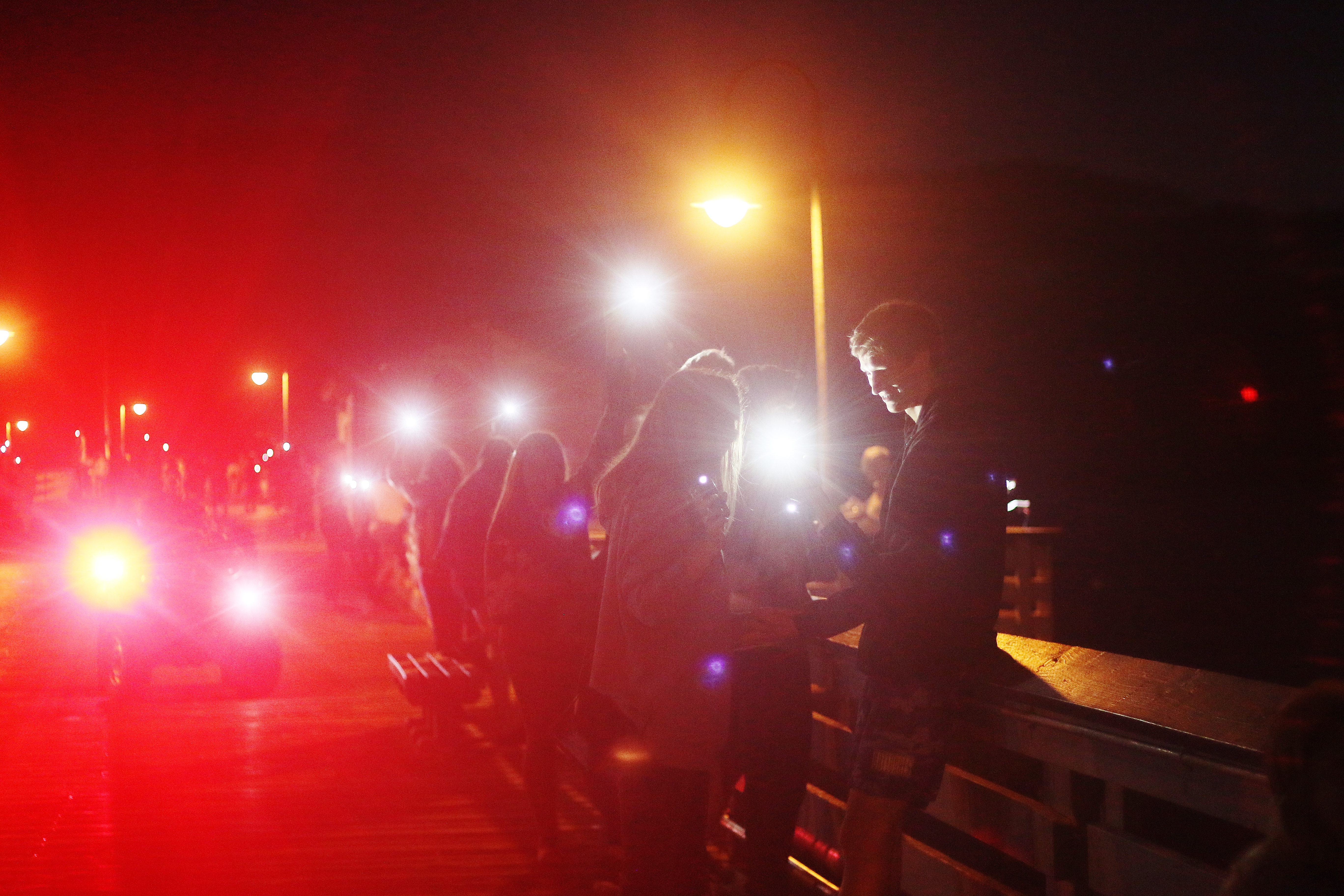 As state funding once available for San Clemente Pier maintenance has been dissolved, a group of residents is looking to fill the funding gap.

On Aug. 22, people lined the sides of the Pier and held their phones up as a symbol of lighting the future for the Pier. Casa Romantica patrons gave the signal to light the Pier as a drone photographed the event from above.

Jim Nielsen, who has been involved with the organization, said these improvements will be facilitated by Pier Pride, a nonprofit organization that is trying to raise $1 million to fund an endowment for the Pier.

“The first goal we set is to do a proper painting with marine paints, but basically it’s about an all-around beautification,” Nielsen said. “We’d like to have $50,000 to draw from every year as needed.”

Councilwoman Lori Donchak was one of the founding members of the group along with Julia Darden and Nielsen. The organization started operations in December.

“The Pier is important on so many levels; it’s a historic icon and a place where we go for recreation, it’s visitor-serving and energizes the businesses that are at the end of the Pier,” Donchak said. “What an endowment allows us to do is to protect the Pier against extreme conditions.”

Darden said the main idea is to give people a “positive experience” when they visit the Pier by keeping it clean.

City Manager James Makshanoff said the dissolution of the state funds has made it harder to find ways to pay for the Pier maintenance.

“We’re thankful for groups like Pier Pride for coming out to help with the costs,” Makshanoff said. “The pie of money is (only) so big. So you have to take it from other places and make due.”

Makshanoff said the ballot measure to raise transient occupancy tax from 10 to 13 percent this election could help with that funding.

The Pier was built in 1928 and has gone through many phases of revitalization. Two storms in the 1980s rocked the structure, but it was eventually restored.