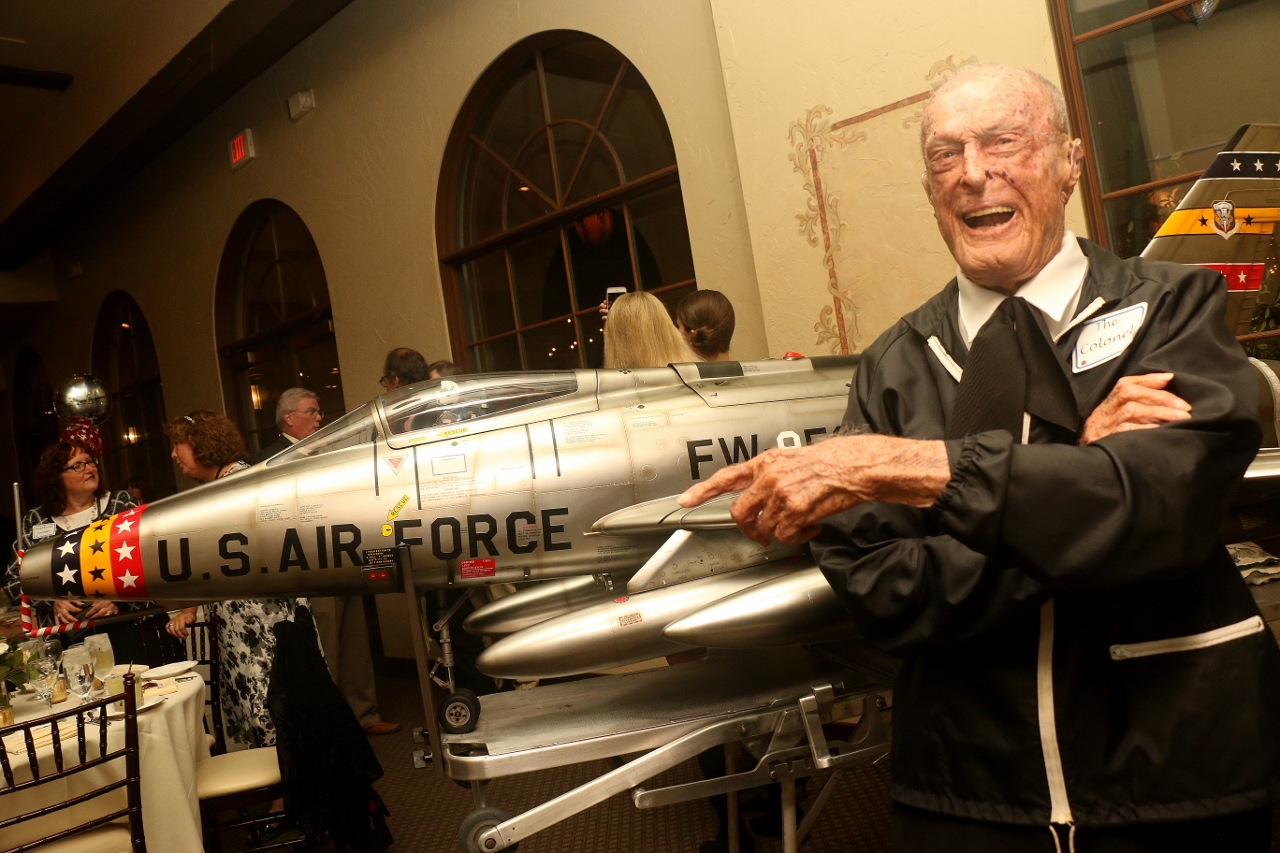 Few people in the military have accomplished what Col. Robert Thacker has.

The former airman flew a B-17 bomber when Pearl Harbor was under attack, and he flew bombers in Europe and the Pacific during World War II. He was also involved in the Korean War.

On Feb. 18, he turned 99 years old and celebrated the milestone at Talega Golf Club in San Clemente.

“I’m 99 because of modern medicine, no question about it,” Thacker said. “I’ve had a beautiful wife for 71 years, but we lost her; she was 91. I live alone, do my own trucking, and life is pretty good.”

Thacker said he was drawn to the pilot’s life by aviators Charles Lindbergh, the Wright brothers and Chuck Yeager. He said he started making model airplanes when he was 8 years old.

Thacker flew in the U.S. Air Force for more than 31 years.

“It’s wonderful when I’ve got (younger people) to help me out,” Thacker said “I have 122 of my friends here. It’s the help I’ve gotten over my life. It’s unbelievable that I could get that many people here.”

Thacker is sharp-witted and often comes up with off-the-cuff comments. During the party, he answered questions with witty replies that made everyone in earshot laugh.

“When I’m 99 years old, I can say anything I want, and the women just love it,” Thacker said.
Vic Sebring, a resident in San Clemente, said he met Thacker about 20 years ago when he was jogging near his home. Sebring said he and the colonel struck a chord with each other, sharing a mutual interest in aviation.

“One of the fun things I get to do is take him to these aviation shows and conventions,” Sebring said. “For me, the best part of them is sitting in the car and getting to pick his brain about flying.”