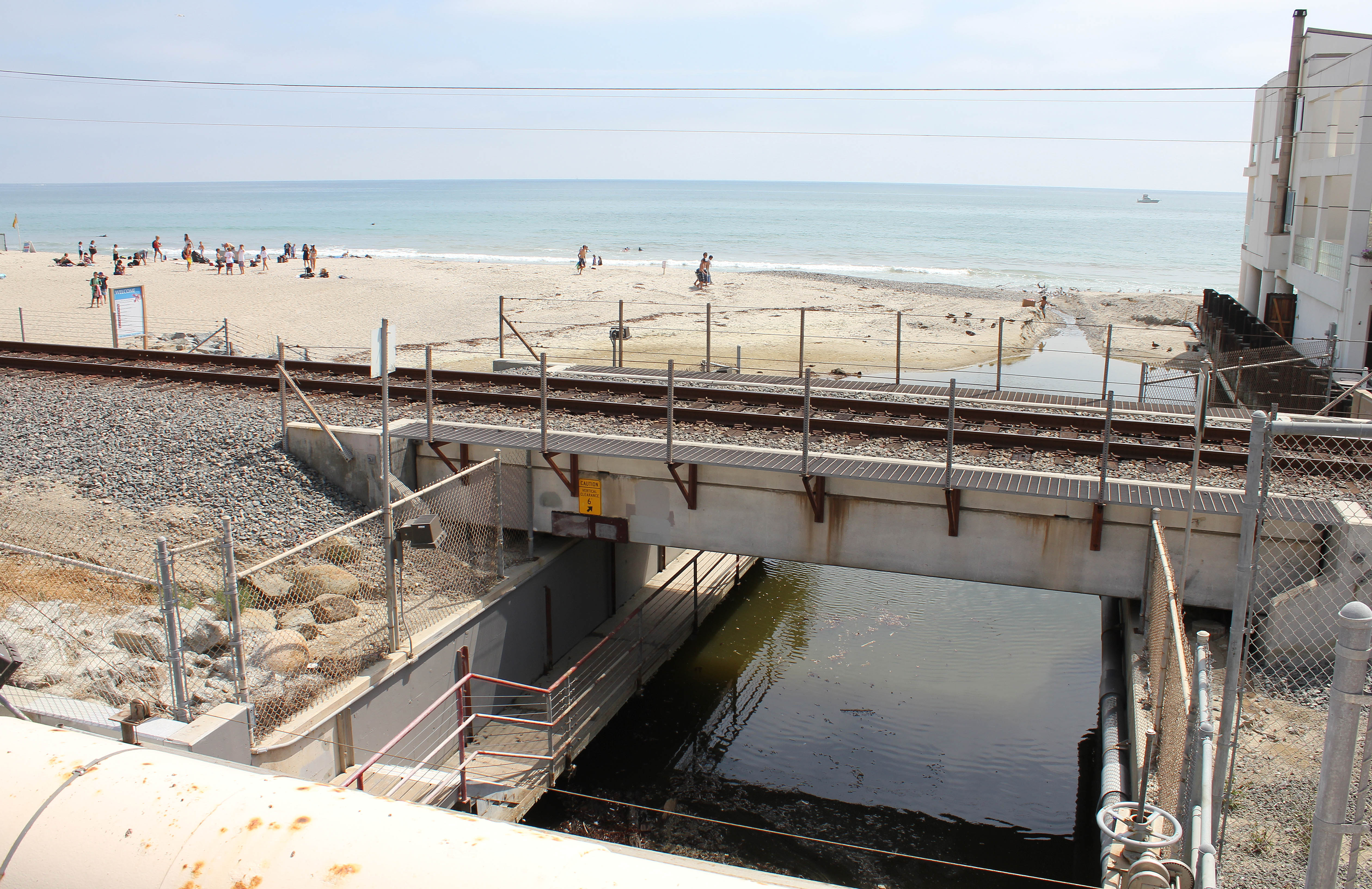 Although the San Clemente Pier continues to receive warnings about exceeded bacteria levels, that testing point was upgraded from an F in 2017—and a spot on the Heal the Bay “Beach Bummers” list—this year, it was upgraded to a C.
But Poche Beach’s interface, where water is sampled at the point where the drainage meets the ocean, was listed as the No. 1 worst beach location in the state; just 100 feet north of it, the other Poche Beach testing spot received an A grade.

“Beginning in March 2015, all California agencies that receive state funds for ocean water quality monitoring are required to sample at ‘point zero’ locations, which are beach sites where a stream, creek, river, or storm drain discharge meets the ocean water,” according to the Heal the Bay Beach Bummer explanation, adding that Poche is a point zero site for the Prima Deshecha Cañada channel. “During the summer season, the Poche CBP experienced increased shutdown times due to facility repairs, maintenance requirements, and high tide and rain events. Higher sediment discharges into the facility also reduced its treatment efficiency.”

Riviera Beach, Avenida Calafia and Avenida Las Palmeras testing spots received A-plus, honor roll status this year, having received top marks in each testing trimester. All other beaches in San Clemente received an A except for the Pico drain at North Beach, which received a B.

San Clemente City Council approved emergency funding on June 12 to assist in the repairs of the Linda Lane Pump Station, which needed more support to its retaining wall that was damaged during landslides in early 2015. The station has also had overflow issues during the last heavy rainfalls the area experienced.