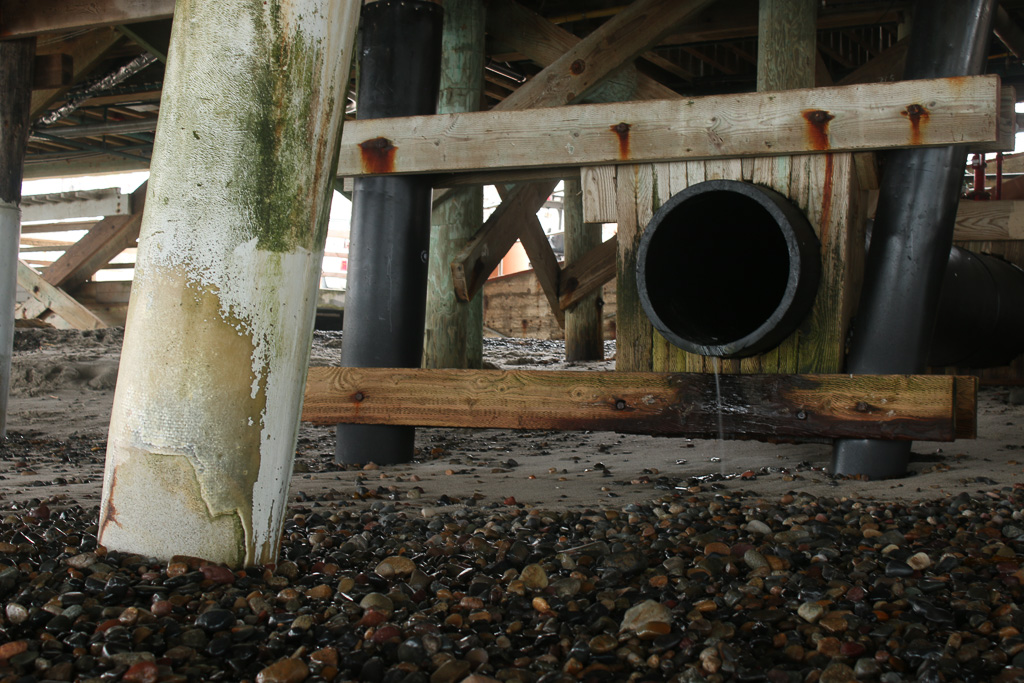 Poche Beach and the San Clemente Pier were once again ranked among the most polluted beaches in the state, as the two popular South County beach spots found themselves on Heal the Bay’s annual Beach Bummer list.

The 78-page report highlighted California’s cleanest coasts while also spotlighting its most polluted beaches, referred to as the Beach Bummer List—a collection of 10 of the poorest graded beaches during the dry summer months (April-October 2019).

Poche Beach, a county beach that straddles the Dana Point and San Clemente border, came in second on the Beach Bummer list, marking the fifth time in the last 10 years that the spot has earned an F.

The report explained that pollution carried from the Prima Deshecha Cañada storm drain, sometimes called Poche Creek, empties out into Poche, contributing to its bacteria levels. The county, the report notes, did take steps to mitigate the problem in 2010 by completing the Poche Clean Beach Project.

The project, a treatment facility near the creek outlet, is designed to remove “pollutants from dry weather flows from the storm drain during summer months” with the use of sand filters and UV radiation.

“Unfortunately, this project has not done enough to keep the beach off the Bummer list, and Orange County should investigate why the poor grades persist,” the reported stated.

In last year’s report, the San Clemente Pier topped the Beach Bummer list at No. 1. This year’s list shows that the municipal pier did see some slight improvement, falling to No. 9. According to the report, the beach at the pier is impacted by untreated dry water runoff from a storm drain.

Heal the Bay did state that the city has been working to address the issue of pollutants and bacterial exceedances—largely believed to be caused by birds roosting under the pier—by recently installing bird deterrent netting directly under Fisherman’s Restaurant and Bar, located near the entrance of the pier.

Cynthia Mallett, environmental programs supervisor for the city of San Clemente, noted that the city hasn’t had any exceedances in the sea water at the Pier since May 12—after this year’s report was concluded. But, she added, the city is remaining cautiously optimistic that the netting has solved the issue.

“We don’t want to say that it’s the netting, but it’s looking promising,” Mallett told San Clemente Times on Wednesday, July 1, later adding in a follow up email that the “bird deterrents may be improving water quality in this monitoring location.”

Mallett also pointed out that the city’s investigation into the source of human bacteria that was previously found in the storm drain system is ongoing.

The city has been conducting a Pier Bacteria Source Characterization Study, meant to find the root causes of bacteria exceedances by using human, canine and avian DNA markers to determine if the sources of bacteria in the water are coming from those species.

Touching on the fact that Heal the Bay’s study covered the months between April 2019 and March 2020, Mallett said the city is hopeful its mitigation efforts pay off in next year’s report with the pier receiving a higher grade.

“That is the hope, that is the goal, that through the various management measures, through bird deterrent and netting and when we find the human source and abate that, then we can maintain the quality objectives,” Mallett said.

While the two local beaches—the only two in Orange County—were on the Beach Bummer list for California, a handful of others in Dana Point and San Clemente made Heal the Bay’s Honor Roll, which represents beaches that have consistently earned an A+ on a weekly basis, throughout all seasons and weather conditions.

Overall, beaches in Orange County received “excellent” and “stellar” grades throughout much of the year, according to the report. During the summer dry months, 111 beaches, or 95%, had A and B grades. The winter months recorded similar results with 96% of the county’s beaches having A and B grades.

Wet weather grades, the report stated, “were substandard but higher than average with 63% of the beaches receiving A and B grades.”