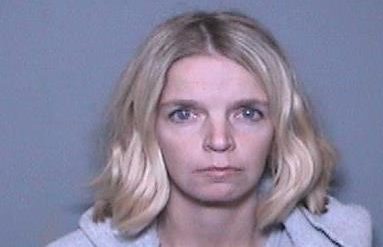 Woman Suspected of Holy Fire, Pregnancy Scam on Social Media Pleads ‘Not Guilty’ to All Charges

The woman accused of orchestrating several social media scams and defrauding victims in San Clemente has pleaded not guilty to one felony count of grand theft, several charges of dissuading a witness from testifying and more than a dozen misdemeanors of fraud of less than $400. her next court appearance, a pre-trial hearing, is scheduled for Feb. 1 in Orange County Superior Court.

Bemis is accused of starting a social media campaign earlier this year when the Holy Jim fire was burning 23,000 acres between Riverside and Orange counties. She claimed her husband (who doesn’t exist) was part of the teams fighting the fire and she asked for donations on his and the firefighters’ behalf.

According to a press release from OCSD, firefighters from the area became suspicious when the name Bemis used in her social media posts didn’t come up in local fire department rosters. Eventually, sheriff’s deputies looked into the matter.

Peters told the San Clemente Times in September that Bemis was using multiple locations including storage facilities and office spaces to have the donations delivered, making it seem like a sophisticated scheme. Bemis is suspected of soliciting cash donations as well as goods totaling about $11,000.

This may not be the only time Bemis has scammed people online. It was reported by some of the victims that she ran a similar scam in 2011, stating she was pregnant and that her husband had died and that she was in need of assistance.

Bemis revealed on the television show Dr. Phil in November that she custom built her own suit of some sorts to make it look as though she was pregnant through photos on social media. People donated to her baby shower and donated items to her, just like the scam she’s accused of this year. Bemis was later confronted by her victims on the Nov. 1 episode, and she admitted to just about everything of which she’d been accused.

Bemis was booked on $50,000 bail and was reportedly still in custody as of Tuesday after 5 p.m. Her first court appearance is scheduled for Wednesday, Dec. 19, according to the “Who’s In Jail” page by OCSD.

Editor’s note: OCSD officials said Bemis is a resident of San Juan Capistrano, although it had been originally reported she was from San Clemente. Many of the alleged victims are San Clemente residents and San Clemente Police Services investigated the case