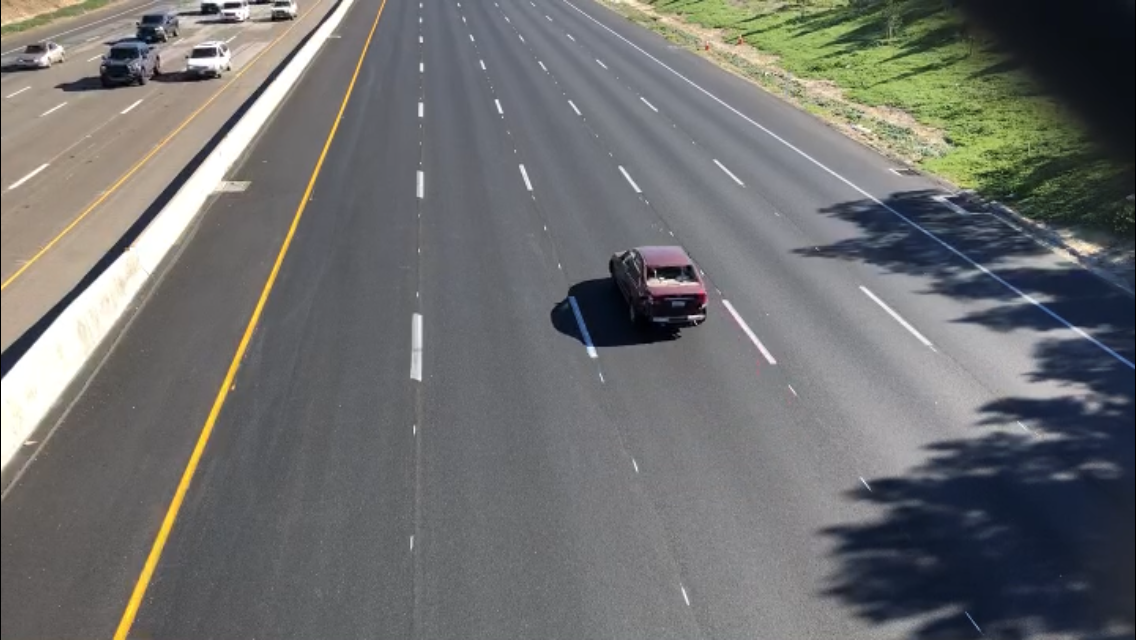 A police chase that started in Los Angeles County on Thursday, Jan. 3, made its way southbound and ended in a standoff near Camp Pendleton on the Interstate 5 Freeway, causing major traffic delays in southern Orange County.

The driver of the vehicle, identified by police as 34-year-old Karl Flores, was taken into custody following a brief standoff near the side of the freeway a few miles south of the San Onofre Nuclear Generating Station (SONGS) near Las Pulgas Road, aerial footage from Fox 11 Los Angeles showed.

The more than two-hour-long pursuit began in Culver  City, where the driver is suspected to have run over a pedestrian on a scooter, according to news reports. He did not stop for the Culver City Police Department when flagged down.

The suspect, driving a maroon Honda Civic, evaded police and escaped from multiple PIT maneuvers, the aerial news footage showed. During the pursuit, the vehicle endured damage to its windshield and back window.

The driver eventually got onto Interstate 405, heading southbound toward Orange County. Later the driver merged onto the I-5 freeway and continued to head south toward San Diego County.

Near Camp Pendleton, the driver stopped the vehicle but did not exit, prompting a standoff with several police officers. After about 30 minutes, a police K-9 unit was brought out to help the police take the driver into custody, the aerial footage showed. The driver was treated at a local hospital for bite wounds suffered from the K-9 unit and injuries from a non-lethal shotgun used by officers.