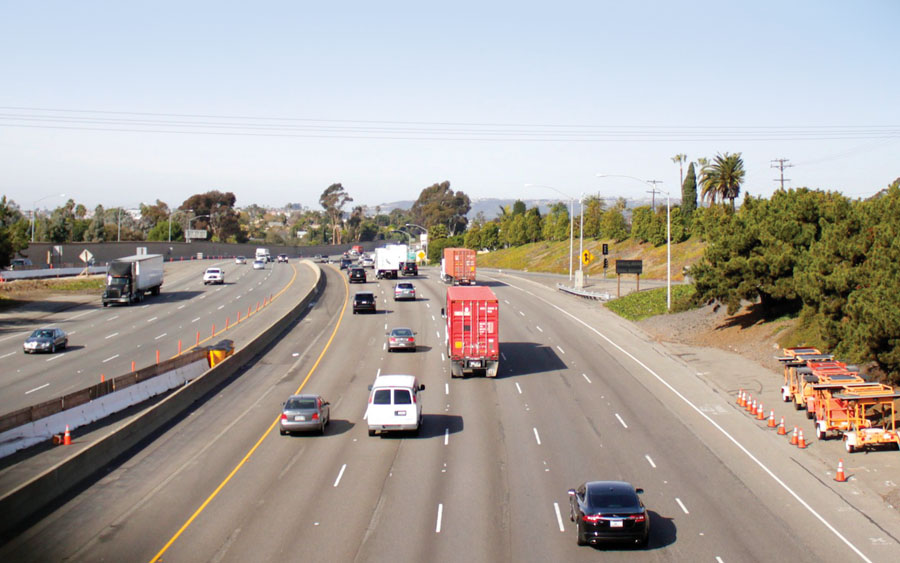 Police Standoff on 5 Freeway Ends with Suspect Shooting Himself

Feature Photo: Traffic is shown on I-5 in this 2013 photo. Photo: File

A domestic violence suspect who led police on a five-hour pursuit and standoff shot himself in the head on the 5 Freeway in San Clemente early Wednesday morning, May 26, according to authorities.

The San Diego Police Department had searched for the driver, a 28-year-old man, after officers were flagged down at around 8:40 p.m. on Tuesday, May 25, by his girlfriend who reported to police that he had sexually assaulted her, the department said.

Police had first gone to the man’s home to locate him, but he wasn’t there, according to SDPD Officer Tony Martinez. About two hours later, authorities located the man’s vehicle near the interchange between the 15 and 8 Freeways in San Diego County, Martinez said.

The man fled, prompting the hours-long pursuit that would involve the assistance of California Highway Patrol and later the Orange County Sheriff’s Department, Martinez said.

During the chase, Martinez added, the driver would sometimes stop and talk with officers via telephone before fleeing again. Police had also deployed spike strips several times to deplete the vehicle’s tires.

At around Cristianitos Road and Interstate 5, near Camp Pendleton, the man stopped, according to Martinez.

The man’s final stop in the San Clemente area prompted considerable traffic delays as lanes on the interstate were temporarily closed.

At about 6:20 a.m., during the standoff and negotiations with police, the man shot himself and was taken to a hospital where he was later pronounced dead, according to Martinez.

The identity of the man has not yet been released as of this posting.